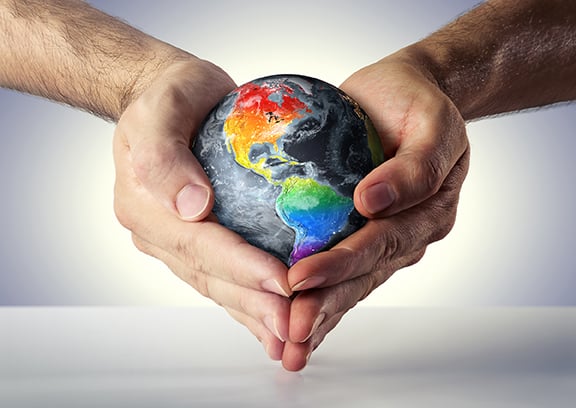 The time has come to celebrate and be proud of our great joto lives!!! Yes, I know that while many of us are going to wear rainbow colors at all times many others are going to try to stay as far away from us as possible. Either way, we are celebrating!

Of course you don’t have to wait for PRIDE MONTH, which is in June of each year in case you wonder, to celebrate tu jotería—your gayness. There are so many different queer festivals year round to celebrate the diversity of the LGBTQ+ community. But did you know that besides all the gay pride events around the country and the world there is also one HUGE event known as WORLD PRIDE?

WORLD PRIDE is an event that promotes lesbian, gay, bisexual, and transgender pride issues on an international level through parades, festival and other cultural activities.

Another fact to note is that WORLD PRIDE 2021 will be hosted by two different cities at the same time: Copenhagen, the capital of Denmark and the Swedish city of Malmo, which neighbors Copenhagen. The reason why this is happening is because the EUROGAMES, which is similar to the Gay Games but only for European countries, is taking place at both cities in the moth of August, so the events will be combined.

One last fact to look at regarding WORLD PRIDE is that except for WORLD PRIDE Toronto and Madrid, all other festivities had had serious political, religious, or economical obstacles to overcome. In Rome, Pope John Paul II opposed the celebrations, calling it an “offense to Christian values” and the city’s major took their funding away but the organizers still managed to have all WORLD PRIDE related events, including the parade. In Jerusalem, WORLD PRIDE had to be postponed from 2005 to 2006 because of political conflicts regarding the “Gaza Strip.” And then, in 2006, even though the festival took place, the march was cancelled due to the Israel-Palestine conflict. In London, funding goals were not met because the city and residents concentrated their forces and interest on the Summer Olympics, forcing LGBTQ+ London organizers and InterPride to cancel the parade and scale down the festivities to a series of events that were part of a “normal day.”

WORL PRIDE is slowly gaining force and many countries are starting to become interested in hosting such event. There is always going to be obstacles to overcome, especially in countries where the LGBTQ+ community is looked at as “bad.” Let’s hope WORD PRIDE NYC 2019 doesn’t become something to regret, but with the current administration, everything is possible. If you wish to know more about WORLD PRIDE, InterPride’s webpage at www.interpride.org.

Okay, queeridos! Enjoy GAY PRIDE as much as you can. Take advantage of all the fun activities, dances, and cultural and educational events but remember, BE SAFE—Denle duro pero seguro! Hasta la next time, queeridos! Let the rainbow colors shine bright and sparkle all day and night for many years to come.