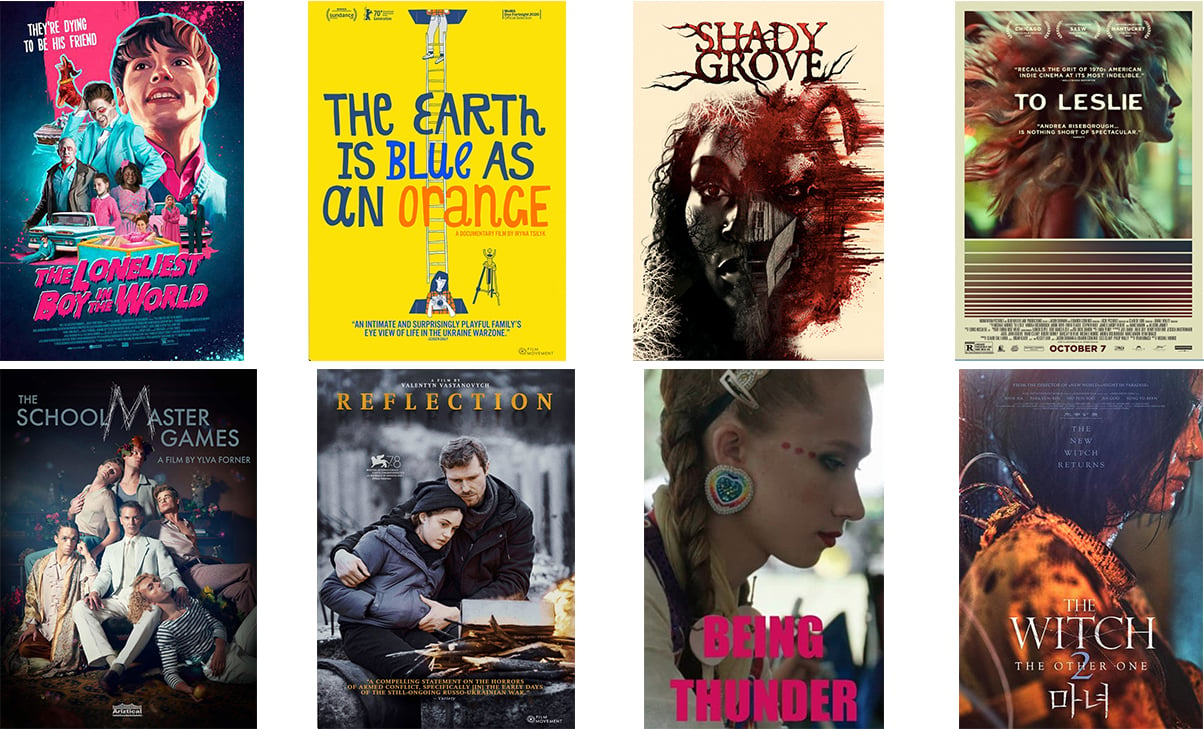 SHADY GROVE
Gravitas Ventures
Available on Digital platforms Now
SHADY GROVE tells the story of a young African-American couple, Shaina and Mark, as they leave behind their party lifestyle to find tranquility in an isolated rental cabin with their friend, Elijah. It doesn’t take long for them to realize they have checked into a sinister nightmare as the locals reveal the true reason for their solitude. SHADY GROVE is a fictional story that incorporates the role of women in Greek mythology and sets them in our current and controversial Roe vs. Wade world.

THE WITCH 2: THE OTHER ONE
Well Go USA Entertainment
Available on Digital, Blu-ray & DVD November 8
In this sequel to the popular Korean sci-fi action thriller THE WITCH: SUBVERSION, the story moves away from a confined secret lab and out into the real world. After a mysterious girl emerges as the sole survivor of a bloody raid on the research facility behind the top-secret Witch Program, she is rescued by a pair of civilians who soon realize the girl is both very powerful and in very grave danger. However, as the assassins tasked with locating and silencing the girl move ever closer, the lives of everyone around her fall under increasingly great peril.

REFLECTION
Film Movement
Available on DVD/Digital Now
Ukrainian surgeon Serhiy joins the military to fight against the Russians in the Donbas region. After being captured by enemy soldiers, he witnesses the horrific torture and interrogation of his compatriots while being forced to monitor their vital signs. Following his release, Serhiy returns home to his family, still suffering from the trauma he experienced and hiding a devastating secret.

THE EARTH IS BLUE AS AN ORANGE
Film Movement
Available on DVD, Digital Now
In THE EARTH IS BLUE AS AN ORANGE, director Iryna Tsilyk’s documentary follows single mother Anna and her four children as they document their lives under siege in the front-line war zone of Donbas, Ukraine. Eldest daughter Mira dreams of becoming a cinematographer and as bombs descend on neighboring homes, the family construct, act in, and edit stylized scenes of dangerous predicaments they’ve lived to tell.

BEING THUNDER
Film Movement
Premiering on VOD & Digital November 11
In Indigenous cultures, a Two-spirit person embodies masculine and feminine qualities through many gender expressions informed by Indigenous traditions and community roles. BEING THUNDER, an Official Selection of Frameline, NewFest, The American Indian Film Festival and the Inside Out Film Festival, introduces this Native American role by focusing on the life and advocacy of Sherente Mishitahin Harris, a Two-spirit genderqueer teenager from Rhode Island’s Narragansett tribe.

THE LONELIEST BOY IN THE WORLD
Well Go USA Entertainment
In Theaters and on Digital Now
THE LONELIEST BOY IN THE WORLD is billed as a modern fairytale—except with zombies. When the sheltered and unsocialized Oliver is tasked with making new friends after the sudden and devastating death of his mother, he decides that digging a few up (literally) might be his best bet. However, when he awakens the morning after his excavating escapades, he discovers that his newly acquired friends have mysteriously come to life overnight, launching them all into a series of misadventures as they try to keep their secret safe from neighbors, classmates and social workers alike.

TO LESLIE
Momentum Pictures
In Theaters and on VOD now
Leslie (Andrea Riseborough) is a West Texas single mother struggling to provide for her son (Owen Teague) when she wins the lottery and a chance at a good life. But a few short years later the money is gone and Leslie is on her own, living hard and fast at the bottom of a bottle as she runs from the world of heartbreak she left behind.