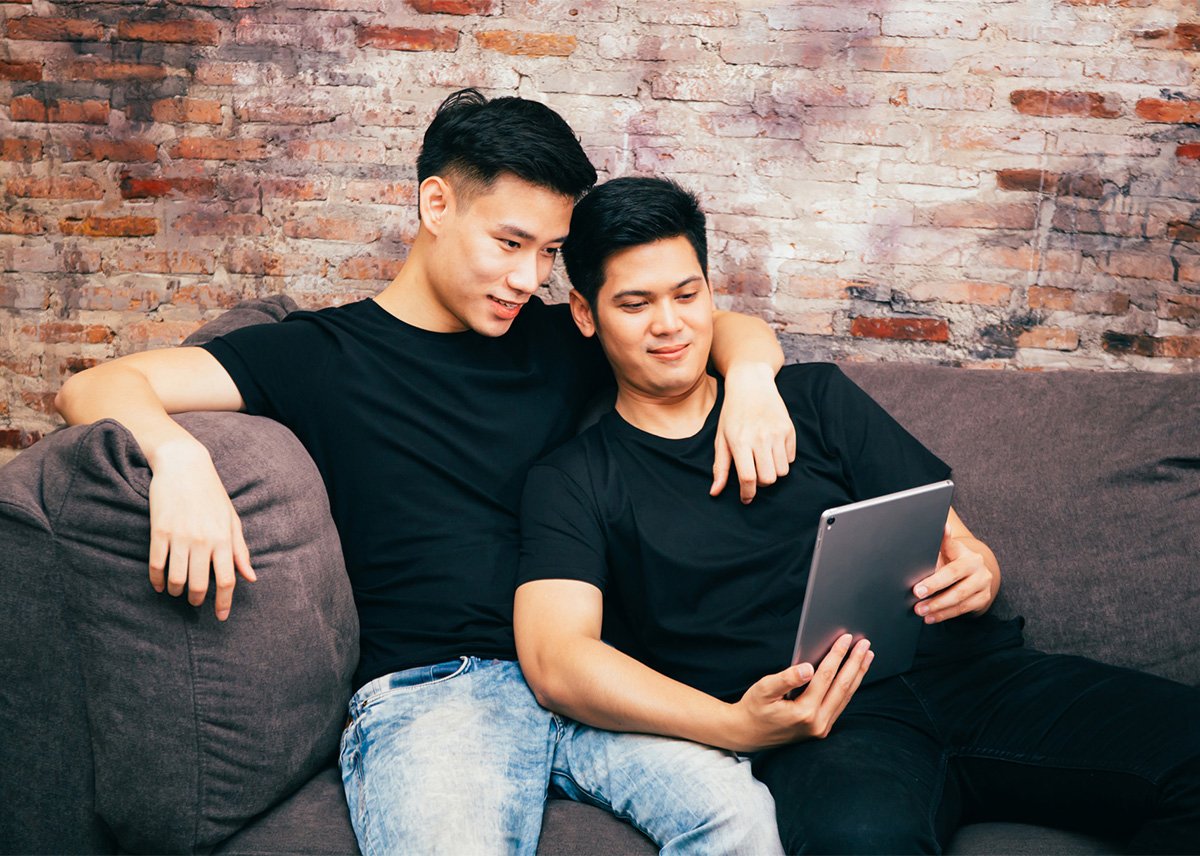 BY: By: Mary Khon

I hope all of you are doing well. I am doing okay. Not good, not great, just okay. And I am okay with that at the moment due to the fact that this is better than the mess we were at this time last year… you know the COVID-19 thing and all.

Anyway, even though I’m an old queen, once in a while I like to feel young and get in trouble with the younger gay generations. And well, I decided to open a TIKTOK account and voilá! I had no idea what I was getting into.

But I’m not here to complain about TIKTOK. I’m here to tell you what TIKTOK has done for me. Ready? Well, TIKTOK introduced me to the world of Boys Love Dramas, better known as BL DRAMAS, a genre of television mini dramas that have originated from Asian countries, such as Korea, Taiwan, Cambodia, China, Hong Kong, Japan, Laos, Myanmar, Philippines, South Korea, Vietnam, and the queen of BL Dramas: THAILAND.

You may already know about these dramas but as of four weeks ago I had no idea they existed. I happened to be on Netflix one evening and saw this interesting series called SOTUS so I decided to watch it. At first it called my attention because of the university/fraternity-like hazing story and without noticing I started to see how boys like boys and they are not afraid to go after that love. And boy, in a matter of about two episodes the story turned into this boy on boy unrequired love thing and I was hooked. At the end of the 13-episodes series I was in tears.

So, I did some research and found more BL dramas. The first one I found is called TharnType and queeridos! I was just hooked from episode one and then, as I watched, the story reached into my body, ripped my soul out but not before dragging my heart and making it bleed. And of course I cried and cried, and cried.

There are two reasons why I cried: one, the story of course, and two: I was very taken aback by the fact that these type of series exist in other countries (mainly Asian countries) and not here, in our country. And also for the fact that I thought, “if only I had these type of representation when I was a teenager.”

Queeridos, these dramas are so damn positive about being gay and exploring your sexuality. The main characters are men… in love… and they get a happy ending, some series end with gay wedding and everything. I mean, think what this means to young boys today. The fact that they can see themselves having a happy life… even if it is a fantasy on TV, is a huge deal because such representation helps them form a positive attitude about who they are.

A while back, a network came out with a “gay series” titled “I, Simon.” It was a hit for young people here in the States. But that’s it. That was the only one and no big deal was made of it out at all.

Compared that to the BL Dramas where the male leads also have a great influence outside their fantasy personas. They do personal appearances and many of them are openly gay and even married their co-stars. I mean, that is a whole new level of acceptance and involvement in the entertainment business and the community as a whole. This is something I have not seen in the US in my entire life. And I am in the entertainment business too!

Yes, there are some gay celebrities who have done this type of thing in this country but they do not come close to what the BL Drama actors do and how they live, when it comes to being gay and playing gay, and so much more.

As you can see, I am obsessed with this BL Dramas and since I discovered them, I have been watching them non-stop. I mean, I have about 300 of them to go through. Some range from 5 episodes to 13 episodes while others have up to 50 episodes. And the duration of these episodes? Between 45 minutes to 1 and 20 minutes long depending of the series.

So yes, queeridos, I have lots of watching to do and if you really want to leave the heterosexual love story behind, that tired old story that Hollywood offers us every day, watch the BL Dramas. They are not only entertaining and sentimental and full of positive messages and images. They are also about us, US, the gay men of these world that continues to take the back seat in the Hollywood world.

Okay, I think I have said enough. Next time I am going to unpacked the incredible message I found in one the BL Dramas. I mean, I did a few TIKTOK videos about it but this series really needs a complete dissertation and that will be my aim next time around. Take care of yourselves, queeridos. You are all loved!