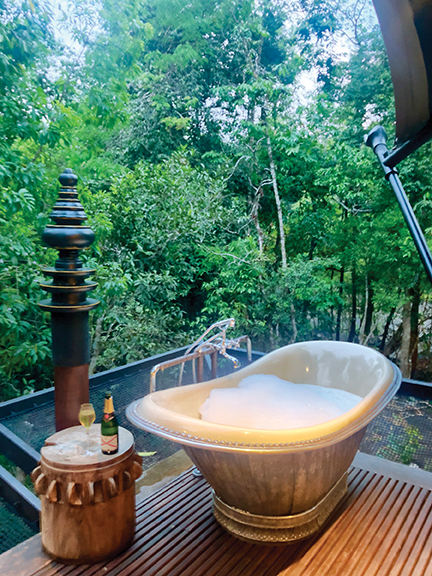 One of the most often-asked questions I get about travel is what is the next global hot spot. Different variables come into play in determining what makes a location suddenly “hot”. For instance, after “The Lord of the Rings”, New Zealand took center stage of places to visit.

Croatia has been popular for several years, and this was even before “Game of Thrones” started filming.  Largely it was due to yachting culture, as island-hoppers discovered the beautiful costal towns of Dubrovnik and Hvar (not islands, but still), and you know how it goes: the rich and famous start spreading the word that Hvar, Croatia is the place to be, and then voila, suddenly small, charming places like Hvar become tourist-packed.

A destination can also become a global hot spots for niche interests. For instance Peru had been a popular destination for decades due to Machu Picchu, but when Lima’s culinary scene started to really take off and became known throughout the world, foodies from around the world took notice of Peru as having much more to offer than Machu Picchu.

Speaking of niche travel, Rio de Janeiro, Sao Paulo, and Florianopolis became especially popular for the gay community after the dance club, “The Week” revolutionized the gay club scene in Brazil. Of course people flock to Brazil for its beaches, food, and beautiful people, but these clubs were so sexy and innovative, boasting swimming pools, the best DJs, and state-of-the-art sound systems, that gay men from around the world prioritized Brazil on their travel schedules.

Sometimes a fabulous new hotel can give a city its cache, such as in the case of the Faena Hotel and Universe in Buenos Aires, and to a degree, the Monasterio in Cusco, Peru and various ice hotels around the world.

So all of this brings me to my prediction for the next global travel hot spot: Cambodia. Kind of like Machu Picchu in Peru, for years people have visited Cambodia mainly to experience the ancient Angkor compound, and with good reason: it’s spectacular. However, hotels, resorts, and famous chefs have taken notice and have started much investment into this incredible country. On one of my recent visits to Cambodia, I met several people who were touring the country with no plan to visit Angkor at all. I was astounded, but in retrospect, I shouldn’t have been too surprised. Every year the restaurant offerings throughout Cambodia have gotten better and better, and the hotels are these days truly magnificent. There is a new resort in Cambodia that is heralded by many accounts as the best property in SouthEast Asia!

The gay scene in places like Siem Reap is also much bigger and more vibrant than one might expect. I just went to a Siem Reap gay club called “Bar Code” with my Zoom Vacations gay group, and all of my travelers were impressed with the entertainment as well as the vibe and venue itself. I definitely recommend it if you are coming to Siem Reap.

You heard it here first, and I predict you will start hearing about it even more now. Cambodia is hot hothot.

However I think the assumption is that when loads of tourists start arriving at a destination, it is a bad thing, but that is not necessarily so.  In some destinations, thriving tourism actually keeps local cultures alive, as locals maintain their values and traditions, because it is also bringing what is necessary for their livelihood. Then again, in other destinations, the influx of thousands of people, especially from cruise ships changes the local footprint and atmosphere so much, that the destination loses what made it so appealing in the first place.

Also, in places like Machu Picchu, an increase in tourism has placed so much wear and tear on the archaeological site, that every time I return to Machu Picchu (about once a year), there is less and less of it that is accessible visitors.

This is why I always say, when a destination starts getting popular, put it at the top of your list so that you can see and experience the best of it, before restrictions could come into play.  So, come to Cambodia now! And if you need some tips, a hotel, or an organized tour, feel free to give me a shout at [email protected].