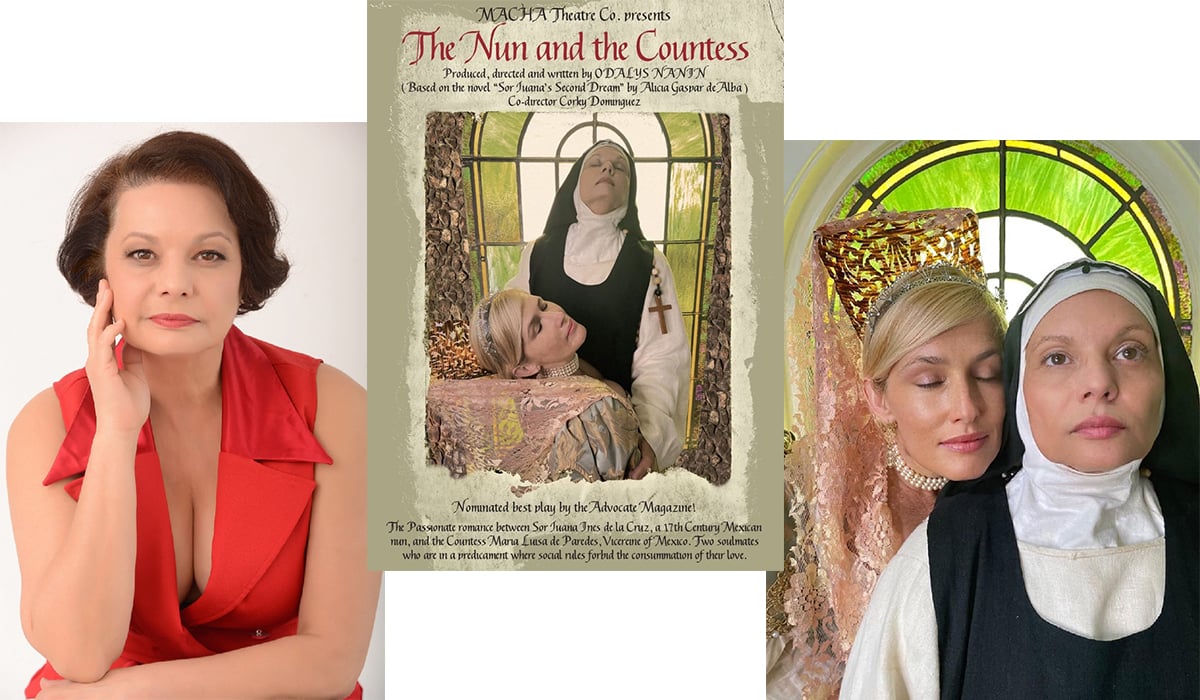 Award-winning playwright Odalys Nanin scores another hit with her new play The Nun & The Countess with a sold-out Opening Night. The first play to open since the pandemic at Casa 0101, The Nun and The Countess is based on the novel Sor Juana’s Second Dream by Alicia Gaspar de Alba.

The Nun and The Countess is the story of two women from two different worlds who find solace in each other but most of all, they each represent a door to the freedom they both seek. Looking beyond their sexual relationship, the real struggle is here is for Love, freedom and acceptance.

Ironically, Sor Juana Ines De La Cruz and The Countess are fighting a war which is still being fought today. If one were to fast forward the story into the future the themes would be too familiar: two women fighting for their forbidden love against the status quo and even a plague.

There are masterful performances by Nanin as Sor Juana Ines de La Cruz portraying her as a rebellious but at the same time sweetly mischievous character. Genevieve Joy is a total revelation as The Countess. Armando Rey, Delfín Toro and Paul Cascante respectively delivered powerful incarnations of the priesthood.

Watching the amazing production directed by Nanin and Co-Directed by Corky Dominguez one can’t stop but to reminisce of all the battles Nanin has endured as the Director of Macha Theatre. One of them with her landlord at the original Macha Theatre the beautiful mini replica of the iconic Globe Theatre at the end of Kings Road. Nanin fought tooth and nail to the bitter end even going in front of the City of West Hollywood. To see Macha Theatre still here, producing award-winning plays is a testament to the power and talent of Odalys Nanin. After all, they don’t call it MACHA Theatre for nothing.”

Advanced admission $30 Regular at the door: $40