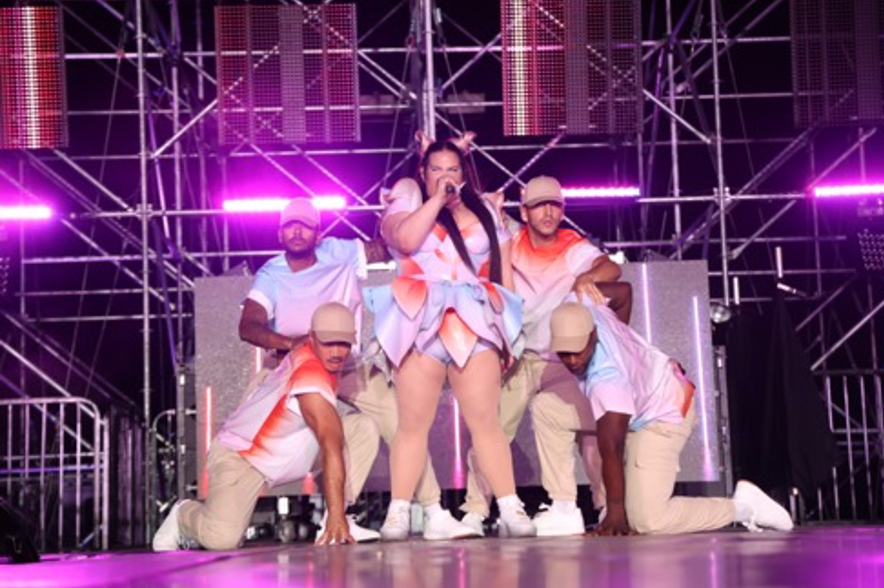 PALM SPRINGS, CA May 1, 2022 – After a two-year hiatus, the 32nd Annual White Party Global (formerly White Party Palm Springs) celebrated its return with over 20,000 attendees from around the globe. Recognized as the longest-running and most well-known gay dance music festival in the world, the event took the desert by storm from April 29 to May 1, 2022.

Said White Party Global Executive Producer Chris Diamond. “It was an honor to continue the tradition by our late founder Jeffrey Sanker, and see the excitement and joy of the participants, DJs, and talent alike over the course of 7 parties in seventy-two hours.”

Following NETTA’s performance, Tony Award winner, Billy Porter made a surprise appearance. Billy took the stage to pay honor to the late, great, Jeffrey Sanker, the creator and face of White Party Palm Springs who passed away last year after a long battle with liver cancer.

The GRAMMY award-winning artist performed a catalog of her #1 hit singles including ‘Forever Your Girl,’ ‘Cold Hearted’, and ‘Straight Up,’ delivering a high-impact dance performance that kept the party revelers energized as they dance the night away under the beautiful desert sky.