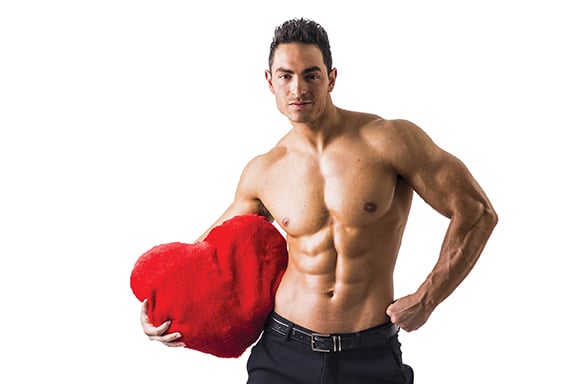 Legend says that Valentine’s started in the Roman Empire, with an emperor not allowing young men to marry because they made better soldiers if they were single. A priest named Valentine defied such decree by marrying those who wanted to married. When the emperor found out, he imprisoned Valentine and sentenced him to death. During his time in jail, Valentine felt in love with a young woman who would visit him and, legend says, that before he was killed, Valentine sent her flowers and a letter with the heading “From your Valentine.” It may be true or it may be false, I don’t know. I tend to live in a fantasy world.

Then there is the story about why people give chocolates on Valentine’s Day. Legend says that back in the 19th Century, that is the 1800s in case you don’t know math, the Cadbury Family was trying to figure out what to do with the cocoa butter that was extracted when making chocolate liquor. The Cadbury Family was chocolatiers and apparently, one of the family members; Richard Cadbury was not only a chocolate maker but also a marketing genius. He figured out how to used the cocoa butter to make chocolate bars that tasted good and were also economical. Why economical? Well, because prior to his inexpensive chocolate bars experiment, chocolate was hard to come by and a treat only the elite could afford. So imagine the reaction when Richard created his inexpensive chocolate bars? And that is not all, to make sure his chocolate bars were enticing to the eye, Richard created beautiful boxes, decorated with roses and cupids (staple images of the 19th century—that’s the 1800s in case you don’t know math) and invented the now well-known heart shaped chocolate box.

But that legend belongs to Europe. And I may not do any research, but I do have a good memory and if I recall correctly, the tradition of giving flowers and chocolates was brought from Europe. But the introduction of the heart-shaped box to the USA public is credited to Chocolatier Russell Stover. Their strategy to connect chocolate (sales) with love (romance) became their number one goal, and by wrapping chocolates in a satin piece of fabric and encasing them inside a heart-shaped box was the right combination to fool, I mean, make people during the turn of the century (that’s like, the end of the 1800s and the beginning of the 1900s in case you wonder) buy their chocolate and give it away as a Valentine’s present.

In other words, flowers and chocolate are simply commercial inventions or shall we say, business strategies done by people who thought “outside the box” (pun intended) in order to put their products inside a box and sell it to romantic fools like you and me. And you know what? It has worked ever since.

But before you start telling me that I am old, bitter and resentful for not ever having someone to love me, let me tell you that I already know that so keep reality to yourself. I know Valentine’s Day goes beyond the flowers, and the chocolates, beyond the expensive dinner, and the diamonds (don’t get me started on that one), and beyond the special date and very pricy dinner. I know it goes beyond all those things. I know it has to do with being connected to another soul, loving another human being beyond anyone else’s understanding, caring for someone so deeply that you are willing to defy family rules, expectations, and desires just to be with that one person. That one person who makes your heart skip and your dick leap in excitement. I know that, okay? I wasn’t born yesterday okay? In fact, I wasn’t even born in this century so, trust me, I know.

So go ahead. Don’t walk, run to your local Walgreens or Waltmart store and buy the very expensive flowers and the very cheap Stover chocolates, your beloved will forever remember your gesture. After all, it’s not like they sell flowers and chocolates any other time of the year, right? Go ahead, be part of this commercialized holiday, contribute to the madness, and make yourself feel better about doing something for your beloved, because, of course, we all know you couldn’t do something nice for your beloved any other time of the year.