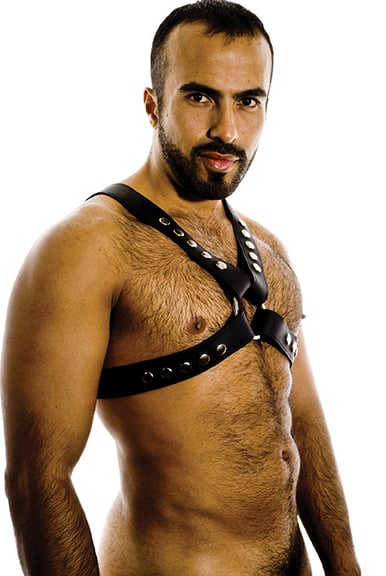 A VIEW FROM THE BRIDGE: Notes of an Antiquated Queen

I hope that your days at the beach, at the park or by the pool continue to be amazing during this summer months. Although July, as the hottest month, has come and gone, there’s still time to show the beautiful brown body you have. That way you can create amazing and memorable summer memories.

Confession time: During my summer days I had a horrible experience, one I wish never to live again and one I do not wish to anyone, even my worse enemy. Hold on, do I even have a worse enemy?

Anyway, since summer time is also vacation time for most people, I had the opportunity to host two couples (not at the same time) at my place. The first couple, friends from across the pond, was very nice and very cordial all the time. We spent a lot of time together and I, like the perfect person I am, was also the perfect hostess. My friends from across the pond surely enjoyed their stayed and promised to host me if I ever get to visit them overseas, which by the way, I will be doing soon because, hello, free room!

The second couple I hosted wasn’t as pleasant as the first but, since I am the perfect hostess, I try to make their stay as pleasurable as possible. Problems, however, aroused when one of the members of said couple showed his true colors under the influence of alcohol.

In case you haven’t figured it out, my couple friends are gay couples, I hardly host straight couples unless they are family members. Anyway, back to the story. The second couple made my life difficult during their stay for two reasons: 1) One of the members was very rude at all times and 2) Same member carried a very macho attitude.

Anyway, this macho gay—I’m calling him that—had a big problem with anything that was view as feminine because to him, it means weakness. Needless to say, sashaying across the living room was out of the question. But so was the fact that I exclaimed surprise at the latest Beyoncé and Thalía news, or to the fact that the only sport I engaged in is body touching, or the fact that I listen to Juanga, or the fact that wearing “bright colors” is a sign that you are a ‘faggot’—his words, not mine. In fact, everything that was below what he considered manly, was in fact weakness and a sure sign that I, or even his partner, deserved to be beat up. Excuse moi?

This guy reminded me of the character Benjamin Bratt played in the film “La Mission.” Have you seen it? The film came out in 2010 and Benjamin Bratt plays this straight macho and homophobic man who beats up and kicks his own son out of the house because, well, you know, gay!

But I digress; the guy who was staying at my place is so arrogant and macho that I felt I was living my own “mission” while hosting him and his partner. I felt so angry and so powerless. The only reason the couple was there was because the other member of the couple was a friend and he was bringing his, now two-year boyfriend with him. I couldn’t understand why my friend would be with such person, especially when it’s incredibly obvious that my friend is a gay man. (I know this statement is problematic but stay with me.)

Never in my life did I feel trapped and helpless as I did while the couple stayed at my place. I wanted that guy out of my house and my life as soon as possible. And I could have kicked him out but out of respect for my friend, I simply swallow my pride and put up with his conceited and macho attitude. I had time to talk to my friend and I asked him why he was with that guy. He couldn’t answer me but I did tell him it was no good to be with him. Of course, my friend is an adult and his decisions are his to deal with. I just felt incredibly powerless… and I had not felt that in a long time. So, when the time came for them to go, I was happy to say bye-bye. Needless to say I won’t be visiting them any time soon.