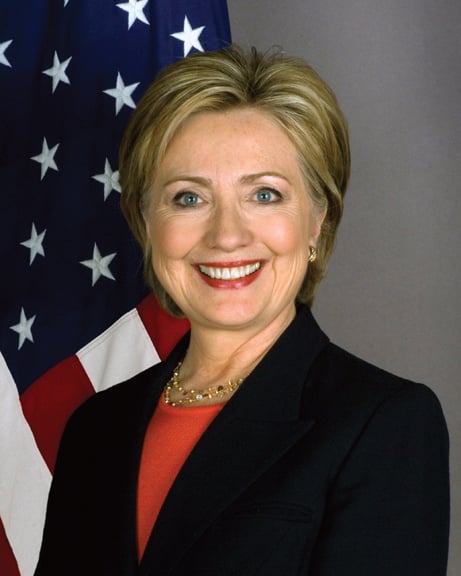 Donald Trump would be Dangerous to LGBT Causes

The reality of Donald Trump becoming President of the United States should be a huge concern for the lesbian, gay, bi and trans communities and anyone who cares about our issues. Trump as president would be a huge problem for people of color and people in this country at the lower socioeconomic ends. He would be terrible on the issues of concern for people living with HIV/AIDS or at high risk of infection. He would be horrible on the environment and sure to foster policies that would harm our planet and a real concern to those who care about environmental protections and climate change.

Donald Trump as president would be a threat to our LGBT basic and human rights. He would set back the progress for which we have been fighting for years here in the United States and around the world. It should be a major concern to our community that Trump is most closely aligned with those on the right of the Republican Party that have been most vocal about limiting and rolling back our civil and human rights.

Trump is opposed to marriage equality. He has spoken out against gay marriage on many occasions. Trump says he would appoint Supreme Court judges that would be “committed to overturning the ruling…(of marriage equality)”. Trump has spoken in support of discrimination of LGBT people by the state of North Carolina and supports its anti-LGBT legislation. Trump says he will “rescind the Obama administration’s guidance that transgender students be treated with dignity and allowed to use restrooms that match their gender identity.”

(Human Rights Campaign Republican Facts 2016). Trump has said he would not have supported openly LGBT persons serving in the military.

Trump is aligned with the worse factions of the right wing and religious right that would like to use our government to limit our rights, our success and to hurt our health and well-being. The only time Trump even mentioned our community was after the horrible Orlando, Florida Pulse Nightclub mass shooting when he tried to capitalize and get publicity and attention out of a terrible event. He has not said a thing after that event or about our community in any meaningful way.

Trump as president would be terrible for people of color. He has gone after Mexicans, Muslims and African Americans. Consider the terrible things he has said about immigrants, calling them criminals and rapists and mocking poor people that have come to this country to seek a better life through hard work. He and those that support him favor deporting millions of hard working immigrants. Immigrants that have chosen to live and work in this country and who have contributed to the success of this country. He has no regard for families of mixed immigration status or those who have children born as American citizens. According to numerous reports, as a businessman Trump has been sued for housing discrimination by Latinos and African Americans because he did not rent housing equally to people of color. He has done absolutely nothing significant for people of color over the years while at the same time relying and exploiting their cheaper labor in his businesses.

It gets worse when you consider Trumps running mate Mike Pence who is even more terrible on our issues than Trump. Pence is on record during his congressional run in 2000 stating: “Congress should oppose any effort to put gay and lesbian relationships on an equal legal status with heterosexual marriage”; “Congress should oppose any effort to recognize homosexuals as a discreet and insular minority entitled to the protection of anti-discrimination laws similar to those extended to women and ethnic minorities”, and “Congress should support the reauthorization of the Ryan White Care Act only after completion of an audit to ensure that federal dollars were no longer being given to organizations that celebrate and encourage the types of behaviors that facilitate the spreading of the HIV virus. Resources should be directed toward those institutions which provide assistance to those seeking to change their sexual behavior.” (A. Kaczynski, BuzzFeed News, 7/14/16).

Essentially, Trump and Pence would use the federal government to target and hurt us.

Ask yourself, have you ever seen or read about either of them supporting an LGBT or AIDS education or prevention cause? Trump and Pence care so little about our community that there is not even a position on LGBT issues on his website-nothing about LGBT people and nothing about HIV/AIDS. Not one word, go see for yourself: (Website, www.donaldjtrump.com as is 9/17/2016).

Trump would be a huge problem for the poor and those with lower incomes. He has already said he would give millionaires and billionaires additional tax credits at the expense of programs for the poor. He would throw millions of poor people out of their health care and has indicated he would repeal the Affordable Act.

Trump would be huge problem for the environment. He and many that he represents deny the science of climate change and would continue to foster policies that are destroying our environment to pursue cheap energy and fast profits for their friends and own pockets. They would not move the country further on its efforts to create clean energy which is now needed.

Our community has made significant progress under President Obama and democrats this last eight years. We’ve achieved marriage equality, have repealed “Don’t Ask, Don’t Tell” and in this short period of time, have gotten on a pathway to achieving full and equal status. We have the Supreme Court to thank and a

Champion in President Obama who has been pushing our causes through administrative mandates and support of positive legislation. So we can’t let our gains slip and must elect a person who will continue our cause.

Hillary Clinton is not the perfect politician. Her positions on marriage equality and LGBT persons serving openly in the military have waffled over the years. However, in contract to Donald Trump, Secretary Clinton’s positions today are supportive of our issues. Secretary Clinton has extensive and detailed pages of positions on LGBT rights and ending the HIV/AIDS epidemic in her platform. Just go see for yourself on her website at www.hillaryclinton.com/issues/LGBT-equality.

Clinton’s positions include fighting for full federal equality for LGBT Americans. She supports honoring the Pentagon’s decision to allow transgender persons to serve openly in the military. She says she would “upgrade service records of LGBT veterans dismissed due to their sexual orientation.” She says she would fight for an AIDS free generation and will work to fully implement the National HIV/AIDS strategy, invest in research to end HIV and AIDS, expand utilization of PrEP and fight to extend Medicaid coverage to people with HIV in states which did not expand Obama care. She says she will reform outdated, stigmatizing HIV criminalization laws and increase the number of people on HIV treatment worldwide. (Read her position on LGBT and HIV/AIDS issues on her website at www.hillaryclinton.com/issues/LGBT-equality).

So for all these reasons, I believe the choice should be clear. We need to elect Hillary Clinton as our next President. Please speak to your family and friends. This is not the year to stay home.

Election Day is Tuesday, November 8, 2016. If you’re not registered to vote, the last day in California to register is October 24, 2016. Google California Secretary of State website or go to www.sos.ca.gov/elections/voter-registration. If you’re in Arizona or Nevada, please go on line and register to vote. We need turnout for Hillary in these states.