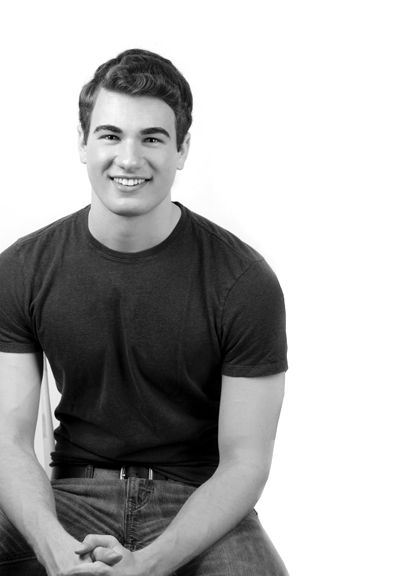 PEP, PrEP or Both?

I met with a patient last week recently diagnosed with gonorrhea to discuss STD and HIV prevention. His HIV test with the new more sensitive 4th generation assay had come back negative but the unprotected encounter that led to the STD certainly put him at risk for HIV. What are the options for someone who wants to stay HIV negative but who may occasionally have a high-risk exposure?

Everyone has had an incident where an unexpected high-risk exposure occurred. Condoms break, needle sticks occur, judgment can be impaired… it happens. If something occurs that makes you really worried that you had a serious exposure to HIV, see a medical provider immediately. Post Exposure Prophylaxis or PEP has been around for many years and it is highly effective in stopping an HIV infection from taking hold. A combination of 2 or 3 HIV meds are taken for 28 days and the risk of HIV transmission is dramatically reduced but the trick is it needs to be started within 72 hours (3 days). PEP isn’t 100% successful but studies have shown the infection rate after PEP to be much lower than it was prior to it being used regularly. PEP is most often prescribed by providers who work in an emergency or urgent care setting and insurance coverage for PEP is generally good so cost concerns should not limit its use. PEP is great for a one time high-risk exposure but it isn’t a great solutionwhen there are ongoing exposures that are also high risk. PEP shouldn’t be used repeatedly. If someone needs PEP more than once,a longer-term strategy is probably needed.

Pre-Exposure Prophylaxis or PrEP is a new HIV prevention strategy targeting people who may have ongoing high risk for acquiring HIV. It’s called PrEP because its something you do prior to the time the high-risk exposure occurs to prevent HIV from infecting your body. The only medication currently approved for this purpose is Truvada. Truvada contains 2 different drugs that fight HIV combined in one pill and is very effective in both treating HIV and in preventing HIV infection. The medication needs to be taken every day in order to be effective and it takes about 7 days of regular use before protection is in place. Truvada was approved by the FDA for PrEP in July 2012 but it became more widely used last year in 2014 when the CDC strongly recommended it for anyone at substantial risk for HIV, especially partners of those who are HIV positive, MSM who engage in high risk behaviors, heterosexual men and women who are at substantial risk, and intravenous drug users. PrEP has been found in most studies to be extremely effective in preventing HIV infection in a variety of populations. Effectiveness is directly correlated with adherence. Obviously taking the medication regularly is necessary in order for the drug to work, just as it is with any therapy. In the vast majority of clinical trials, no HIV infection has been seen in study participants who had detectable levels of the medication in their bloodstream.

PrEP is generally very well tolerated. Side effects may include headache, mild abdominal pain and weight loss but generally they do not lead a patient to want to stop therapy. The drugs in Truvada also are effective in treating Hepatitis B so all potential users of Truvada should be screened for Hepatitis B prior to starting treatment. Kidney issues can occur but are very rare and the small amount of bone loss that occurs is felt not to be clinically significant. Additionally, patients must be CONFIRMED to be HIV negative prior to starting PrEP. This is usually done either by the 4th generation HIV antigen/antibody test or by the HIV PCR assay. Making certain that patients are truly seronegative at the time they start PrEP decreases the likelihood that any resistance to the medications might develop.

Many are concerned about the cost of PrEP. How much will it cost to cover all of those who are at high risk of HIV infection? Insurance payment for PrEP has evolved over the past years but generally is good. If no coverage is possible, a generous patient assistance program is available to cover the cost of the medication itself.

A unique opportunity is created when patients on PEP get to the end of their course of treatment. There is an opportunity to evaluate existing HIV risk behaviors, address them head on, but, if the behaviors appear to be here to stay, to address a possible transition from PEP to PrEP.  Traditionally after PEP, repeated HIV testing would be performed for the 6 months after stopping PEP to see if the PEP had worked by monitoring closely for HIV seroconversion. Patients were instructed that their HIV status was uncertain during that time and they should take full precautions to prevent any potential spread of HIV. In reality, this plan was difficult to execute as high-risk behavior often continued without any additional protection of condoms. Because patients had been taking Truvada as part of their PEP regimen and often had worked through any minor side effects, an opportunity also presents itself to transition seamlessly from PEP to PrEP and continue to provide protection for the individual patient. Patients are queried for any potential seroconversion symptoms and tested with 4th generation testing to insure that no active HIV infection is present that would be inadequately treated with use of only the two drugs in Truvada. Theoretical concerns about development of drug resistant virus have not proven to be warranted in clinical practice where drug resistance has proven extremely rare in PrEP treated patients.

Today PEP, PrEP or a combination of the two provides an amazing opportunity to decrease HIV transmission. In spite of our best prevention efforts, approximately 50,000 patients are newly infected with HIV each year with an estimated 1.2 million individuals in the US living with HIV infection. Widespread testing can help to identify as many of those living with HIV as possible but CDC statisticians predict that about 14% of those living with the virus have never been HIV tested and do not know their status. This relatively small number of people is felt to be responsible for over 60% of new HIV infections. How do we protect those who are exposed to those  who themselves do not know their status? Comprehensive HIV prevention behaviors including reductions in risky behaviors, use of condoms, and utilization of PEP and PrEP in highrisk populations are integral to protect this vulnerable population from infection.