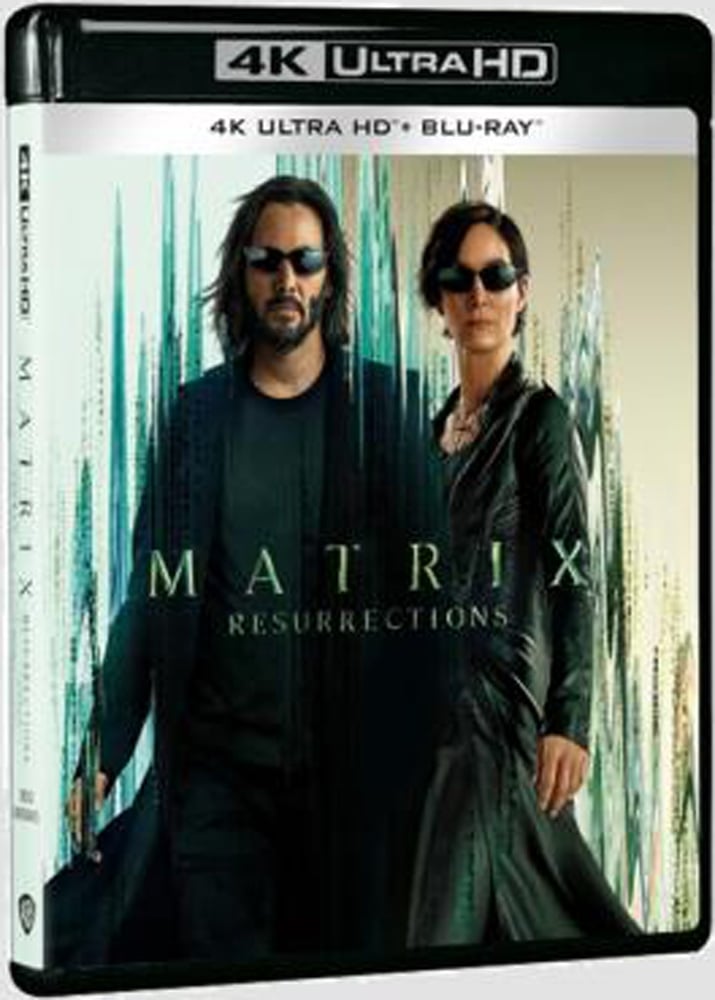 THE MATRIX: RESURRECTIONS
Warner Bros. Home Entertainment
Available 4k, Blu-ray and DVD Now
In a world of two realities—everyday life and what lies behind it—Thomas Anderson will have to choose to follow the white rabbit once more. Choice, while an illusion, is still the only way in or out of the Matrix, which is stronger, more secure, and more dangerous than ever before.

6:45
Well Go USA Entertainment
Available on Blu-ray & DVD Now
A couple embarks on a weekend getaway only to find the island curiously deserted. After stumbling upon the town’s dark secret, they trigger a time loop, forcing them to relive a demented cycle of terror with seemingly no means of escape.

POPPY FIELD
Film Movement
Premiering Via Virtual Cinema, VOD & Digital April 8th
Planning to spend a romantic weekend with his long-distance boyfriend, Christi’s tender reunion is cut short when he is called in to handle a crisis at work. Christi is a member of the Bucharest police force, and his unit is sent to quell a protest at a local movie theater, where a far-right group has interrupted the screening of a queer film. As tensions between the homophobic protesters and the audience mount, Christi, closeted to his fellow officers, begins to spiral out of control when he spots a former fling in the crowd. A violent outburst threatens to expose Christi’s secret and forces him to confront the contradictions between his personal and professional life.

SERVANTS
Film Movement
Available on DVD/Digital April 12
In Czechoslovakia, 1980, the totalitarian Communist regime demands allegiance from all its subjects, including the clergy. SERVANTS follows Michal and Juraj, two conflicted novitiates whose seminary is under increasing pressure by the Party to mold its students into satisfactory citizens. With the school on the brink of dissolution, and its head priest a target for blackmail, Michal and Juraj will have to choose between collaborating with the government as informants, or becoming targets of the secret police

SEXUAL DRIVE
Film Movement
Premiering Via Virtual Cinema,
VOP & Digital April 22
SEXUAL DRIVE is an unconventional triptych – equal parts thriller, sex comedy, and gastronomy – following the seemingly unconnected lives of three people around Japan and their appetites, both culinary and carnal. In the first story, designer Enatsu worries about his sexless marriage. Next, office worker Akane is recovering from driving-induced panic attacks. In the final third, elite advertising agent Ikeyama wants to end a relationship with his lover. Connecting all three is a shabby man who calls himself Kurita. He appears and presents each with a secret. Both suspicious and revolting, Kurita gradually reveals to each deep, mouth-watering truths regarding their sexual drive…

JIGSAW
Cohen Media Group
Available on Blu-ray April 5
In this newly restored late Brit Noir classic, director Val Guest (EXPRESSO BONGO) whips up an absorbing and entertaining murder mystery based on the Hillary Waugh novel Sleep Long, My Love and inspired by the Brighton Trunk Murders of the 1930s. After discovering a woman’s body in a lonely beach house, a pair of Brighton detectives painstakingly assemble a jigsaw puzzle of clues as they attempt to track down her murderer.

SPIRITWALKER
Well Go USA
Available on Digital, Blu-ray and DVD April 12 After waking up from a car crash unable to remember anything about his life, a man begins regaining consciousness in a new body every 12 hours. Now, he must piece together this identity, all while evading attacks from pursuing agents and dangerous criminals alike. But with no memory and no allies his time is running out.

THE INCREDEBLY TRUE ADVENTURE OF TWO GIRLS IN LOVE
Strand Releasing
Available on Blu-ray Now
Randy is a defiant tomboy who lives with her mechanic aunt (and the aunt’s hippie girlfriend) in the modest, working class section of town. A poor student who is in danger of flunking all of her classes, Randy only enjoys classic rock music, rollerblading, her after school job at the local gas station and her secret affair with an older, married woman. One afternoon Randy meets Evie , a beautiful, wealthy classmate, who has brought her new Range Rover to the gas station for a ridiculous repair. After Randy argues about her future as a student and Evie breaks up with her boyfriend, the two girls meet again in the bathroom at school a few days later. Fascinated by one another, the girls enter into a friendship that soon escalates into an unlikely romance that will affect their lives in ways they could never have conceived.