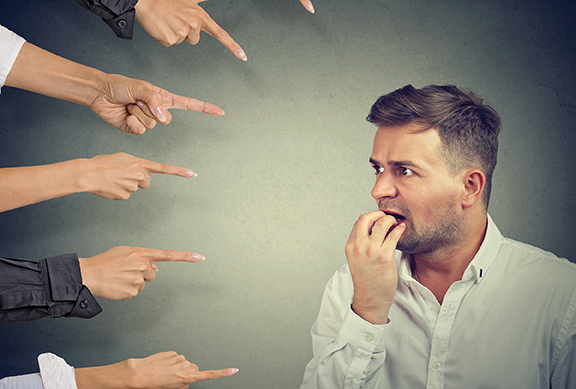 The official Pride Month is over and I hope you enjoyed each minute of it to the max. I celebrated with friends, participated in the gay parade in San Francisco, and attended several QTPOC events. Wait, you don’t know what the acronym QTPOC means? Do not fret; mamma is here to help. QTPOC stands for Queer and Trans People of Color. Got it? Good. Moving on.

Summer is here to stay, unless, of course, global warming. But what plans do you have? Are you traveling? Are you working? Are you spending time at the beach? Whatever you do, enjoy it and use sunscreen lotion, queeridos. Prep may protect you from some harm but not from cancer.

Every time the summer season comes around two nagging thoughts comes to the surface, and both thoughts have to do with body shaming. Yes, queeridos! It is during this period that most people like to get down to their briefs, swim trunks, bathing suits, and almost-naked outfits. And it is during this time that many privilege people, (read: skinny, muscled, and in-shape bodies) take the time to body-shame those people who aren’t “as skinny, as muscled, and as in-shape as they are.”

When I was in my early twenties, I acted like a fool many times, body shaming people because they did not look skinny. Of course I never said anything in front of them, I simply made fun of “them” when I was with my friends. My friends did it too, sometimes I started the body shaming, and sometimes they started it. But it doesn’t matter who initiated the ritual, it was done and now that I’m older, I am ashamed I did such things.

My psychiatrist (yes, psychiatrist not psychologist) says that I should take into consideration the fact that a) I was young, immature, and uniformed and b) most of my teasing was done because the media and society contributed and gave me “the go” to act that.  While this is a good observation, I still feel bad for my attitude and while growing up, I thought about such actions.

While body shaming, I always formulated a question in my mind, “Why would they allow themselves to look like that?” I never stop to consider that perhaps genes or age had something to do with it, or that perhaps physical inabilities turn bodies into such a state, or that perhaps medicines that were taken or the emotional states people where living made them look like that. In my young, immature, uniformed, egotistical, and close-minded attitude, people were fat because they allow themselves to be fat. What a stupid assumption from my part!

Before you decide to pick up the pitchforks and torches and decide to run my out of town like a beast, please consider the fact that I was young, immature, and that this happened when I was in my twenties, which is more than 30 years ago. I have changed; mainly because I am informed and I have now understood more about the human condition, which has helped me learned how not to not judge someone just because of their fatness; even though the entertainment industry continues to perpetrate the ideal body.

My FB feed is always filled with posts about the best diets, the best bodies, about how this particular movie star did this particular workout in order to “fit the role” and how you can now do the same workout routine and look like them, post about the “before and after” pictures of friends or acquaintances self affirming their positive change, etc… And by the way, in my opinion, the “before and after” pictures posted about fatness are awful. I mean, yes, they are a self-affirmation of someone’s hard work to lose weight. But what most people don’t realize is the fact that such “before and after” posts are in fact, shaming bodies for being fat and telling everyone that the only way to be happy is to be skinny. I know many people do the workout and eating regimens for health matters, but most people do it for “the perfect body.”

The point I’m trying to make is that now, fat shaming is something that should not happen. Slowly but surely we have become a betterminded society, understanding our differences and the importance of respect, the differences regarding privileges and the importance of body shapes. So, if you are reading this and you partake in body shaming, stop it. It ain’t funny, cute, or even necessity. Just enjoy life and be grateful for whatever privileges you have… because we all have at least one of them.