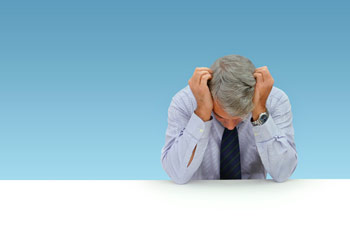 He knew when he walked into the bathroom that he should have turned around and ran back out, but he did not. He had no idea that the man offering his cock was a cop. He also had no idea he would pay for his “sins” for the next 50 years.

In the 60’s being gay was something you chose, or at least acting on being gay was a choice. A choice a good man would never make. If you could just control yourself, you would fit in. And, if you were a grotesque weirdo queer, you sucked another man’s dick or so his family told him without ever saying it.

He ended up in jail overnight. He father gave his mother the money and she and his sister bailed him out. They did not look at him when he walked out of the cell. They just paid his bail and walked away. He followed quietly behind.

Of course everyone knew. The macho man his sister married acted as if he had let the male of the species down in the worst possible way. His mother and sister were always polite, but terribly cold with him. His father was the worst; he acted as if he hated him.

He tried to behave properly. He married a woman, but of course, that did not work, so for the next twenty years, he would play quietly, miles away from his family home. Rumors would occasionally reach them, but they took his weekly calls, accepted his excessively expensive Christmas presents and pretended like he was “normal.” Still they rarely visited him and he even more rarely visited them. Perhaps the 50 miles separating them was too far a distance to travel?

Thirty years later, his sister died, and his mother and father, heart-broken and scared of old age without their daughter, finally relented their perspective. His mother said he was over being gay and that he was no longer homosexual. His father patted him once on the back. He would relish that small touch for the rest of his life.

Two years after his sister, his father would die. Now, his mother was truly alone, the relatives all said. Poor woman, no daughter, no one to care for her. He heard their whispers, but he traveled the 100 mile round trip several times a week for the next twenty years of his mother’s life.

At first his mother behaved as if he were unreliable, perhaps because as we all know, gays are terribly unreliable. She did not trust that he would drive 100 miles round-trip to get her milk every week, but he did. She never went without, his mother; whatever she wanted or needed appeared at her door as if by magic. And, finally, she loved him as she had before he had turned temporarily gay.

It had only taken the death of his sister and father for his mother to truly love him unconditionally. He served her well, the last twenty years of her life and when her time came, she would not leave, clinging to life in a nursing home. He came twice or more per week, never missing a visit. Finally, a nun in his mother’s care facility told him that he must tell his mother she could “go.” The nun who had seen many like his mother told him that she would not die without his blessing.

So, he gave his mother the last bit of himself. He told her he would be alright. She was afraid for him to be alone when she was gone, her love and fear for him, perhaps her guilt clutching to a life that was no more. He kissed her forehead and she seemed to forgive herself as he had forgiven her long ago. She died quietly the next day, and sad as it was, he was now free to live his life without shame or guilt. It had only taken 50 years from the day he had walked into that bathroom.