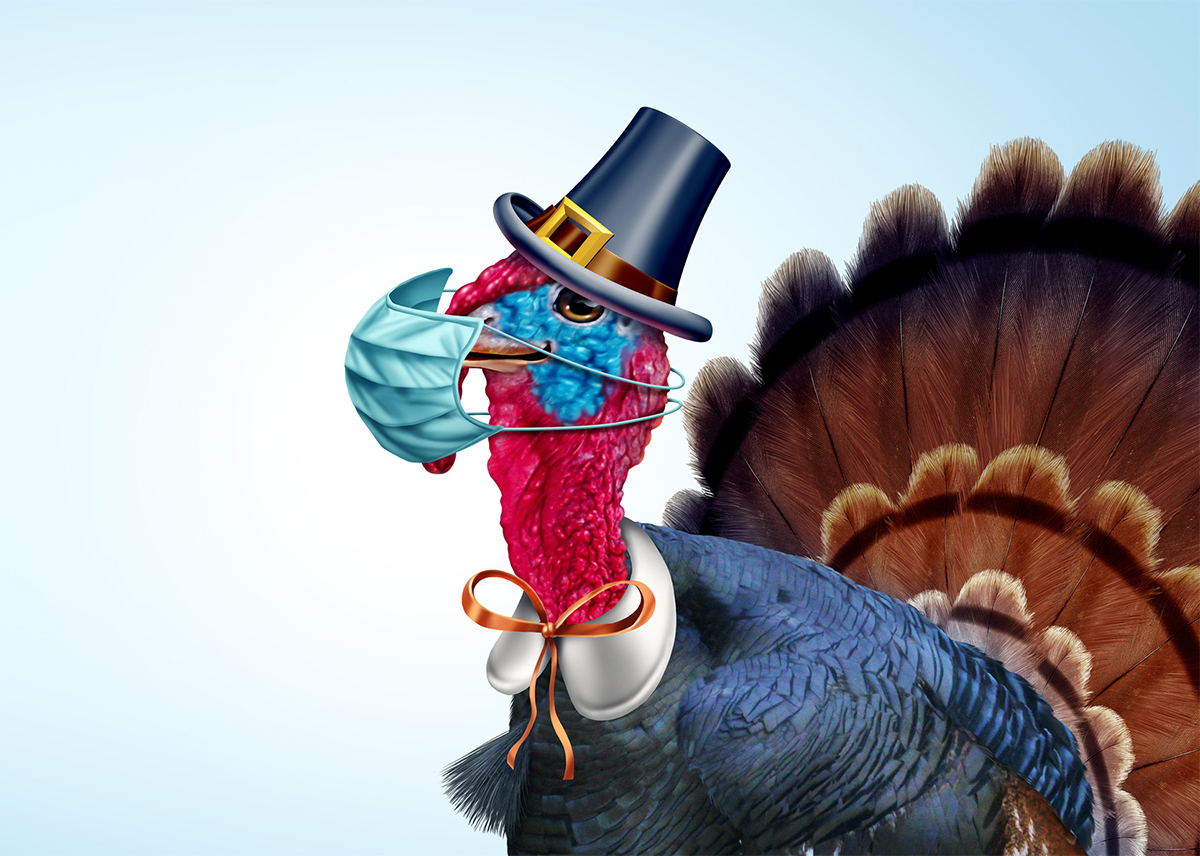 DID THANKSGIVING CAUSE A SURGE UPON A SURGE?
Many family parties and other gatherings are the source of the Covid surges. I am so tired of isolation and masks as are most of us, but I have to be an adult and believe the evidence that transmission happens even though everyone feels fine. We are planning a Friendsgiving dinner (where people far from relatives gather) outside on our patio with heaters and spacing. I’ll let you know if any of us get Covid. I’m going to be very strict, but I bet many let their masks fall below their nose and when preparing or eating, get up and violate the distance rule. I will keep backing away or move my table.
We’ll know about 2 weeks after Thanksgiving if new surges happened.

SYSTEMIC RACISM IN MEDICINE
Like many ratings of colleges to see if females are represented and paid equally, journals and medical societies recognize that many minorities have been underrepresented at the tables where important decisions are being made. Many have apologized and adopted changes to correct this problem including making sure seats on boards better reflect the racial mix of society, creating a medical editor role dedicated to diversity, equity, and inclusion to ensure that content is not only accurate but also that more content addresses racism. If a scientist or physician has trouble publishing articles, that means promotion is blocked then physicians and scientists can’t advance. I am happy the system is rejecting maintaining the “good old white boy clubs.”

BLACKS AND TRANSGENDERS LESS LIKELY TO BE OFFERED PrEP
A new study shows this so, as minorities are used to, they have to advocate for themselves and take extra steps to get things done. It seems the system is set up to forget about females and minorities and they have to be extra courageous to push through the barriers that those in power don’t realize are there. Educate yourselves and be pro-active until the system improves.

PAST RESEARCH ABUSES REPEL MINORITIES FROM COVID STUDIES
Covid studies are having trouble recruiting minorities due to stigma of far past abuses: studying untreated syphilis in blacks without telling them they were purposefully infected, taking cells and profiting from them without permission (fascinating story about Henrietta Lacks, look it up), doing anesthesia research on slaves, treating minorities like they weren’t human. Procedures have improved greatly but with systemic racism in science and medicine, some people who are in a minority are unsurprisingly mistrustful.
Good communication and outreach are planned since minorities are worthy of treatment and we need to know how well the vaccines work in these populations which have more Covid19 than other populations.

PROCEDURE VS. BYPASS SURGERY FOR HEART ARTERY BLOCKAGE?
There was a large study showing these were about equal in death rate in the initial publication. But in looking at the deaths at 3 years, it seemed the deaths and heart attacks were greater in those who got stents vs. those who got bypass surgery and those few who were 5 years out (though fewer in number) showed an even greater difference in death, favoring surgery. The authors said they were unbiased but some had received money from stent manufacturers. The Data Safety Monitoring Board consisting of other scientists independent from the study argued with the authors multiple times to publish all the data.
This controversy is out in public now and shows that scientists police themselves. Other past science policing efforts are: Cigarettes are not harmful, global warming is a hoax, the world is flat, dinosaurs and humans lived at the same time, etc.

CARDIOVASCULAR RISK AND PRO-INFLAMMATORY DIETS
A large database study showed that certain diets were associated with more heart attacks and strokes.
Individuals who had higher intakes of green leafy vegetables (kale, spinach, arugula), dark yellow vegetables (pumpkin, yellow peppers, carrots), whole grains, fruits, tea, coffee and wine had lower long-term CVD [cardiovascular disease]risk than those with higher intakes of red meat, processed meat, organ meat, refined carbohydrates [sugars], and sweetened beverages.
We discussed before, from other studies, the overall effect of mild to moderate alcohol intake is a mild increase in death from any cause, even though the cardiovascular deaths are lower.

PHYSICIANS SCAMMED.
The Ohio medical board has notified physicians that there is a scam telling the physicians to pay fines for prescribing narcotics too much. This feeds into the fear physicians have prescribing controlled substances for important reasons. Many people are in severe pain since their providers are fearful of legal action. We just have to follow the laws and guidelines and be motivated to help people. Relieving severe pain is an important service providers can perform and no one else can do it. I am vigilant and speak out in a Medi-Cal committee I am on to make sure the rules are not too strict. Of course, I am sensitive to the many deaths from controlled substances and I am getting more and more opiate users in my Suboxone® practice to help them lead nearly normal lives and not die compared to a life on Methadone.