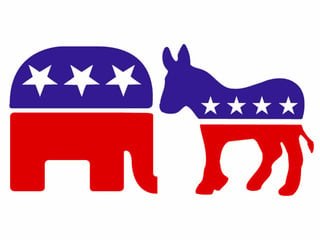 This year marks the 20th anniversary of my career as an immigration attorney. Sadly, during most of that time, I’ve had policy disagreements with Congress and the White House on immigration issues regardless of which party has been in control.

Though my advocacy has been mostly focused on LGBT issues, I’ve also lobbied our elected officials endless hours for an improvement in the implementation of our broken immigration laws. My disagreements with those in power on immigration matters have never been as extensive as they are now

The Presidential elections have brought out the worst in all our candidates. Indeed everyone’s record on immigration is less than stellar. Donald Trump is talking about a multi-billion dollar construction project, namely the infamous imaginary wall on our southern border to keep out the migrants. Ted Cruz – who is now being courted by the GOP establishment – is talking about creation of neighborhood watch brigade for Muslim neighborhoods. Hillary Clinton has changed her tune so many times on the Central American refugee crisis that I cant keep up. Even Bernie Sanders has not presented a clear immigration policy.

On the Congressional side – Speaker Ryan and his GOP friends are playing coy and only offer “gradual” reform without any details. On the Democratic side, though most talk the talk, many still refuse to walk the walk!

Its our responsibility as citizens of this country to vote for our representatives. Before you cast that ballot though, please make sure you understand your candidate’s position on immigration. They need to take clear positions on our issues and stick by them instead of continually wavering under political pressure.

If you are a green card holder – you can’t vote – but you may make political contributions to your candidate of choice. And if you are eligible to become a US Citizen, there’s never been a better time to apply. DHS is processing citizenship applications in record time – sometimes as fast as 90 days from start to finish. Please feel free to contact our office to determine your eligibility to become a U.S. citizen.