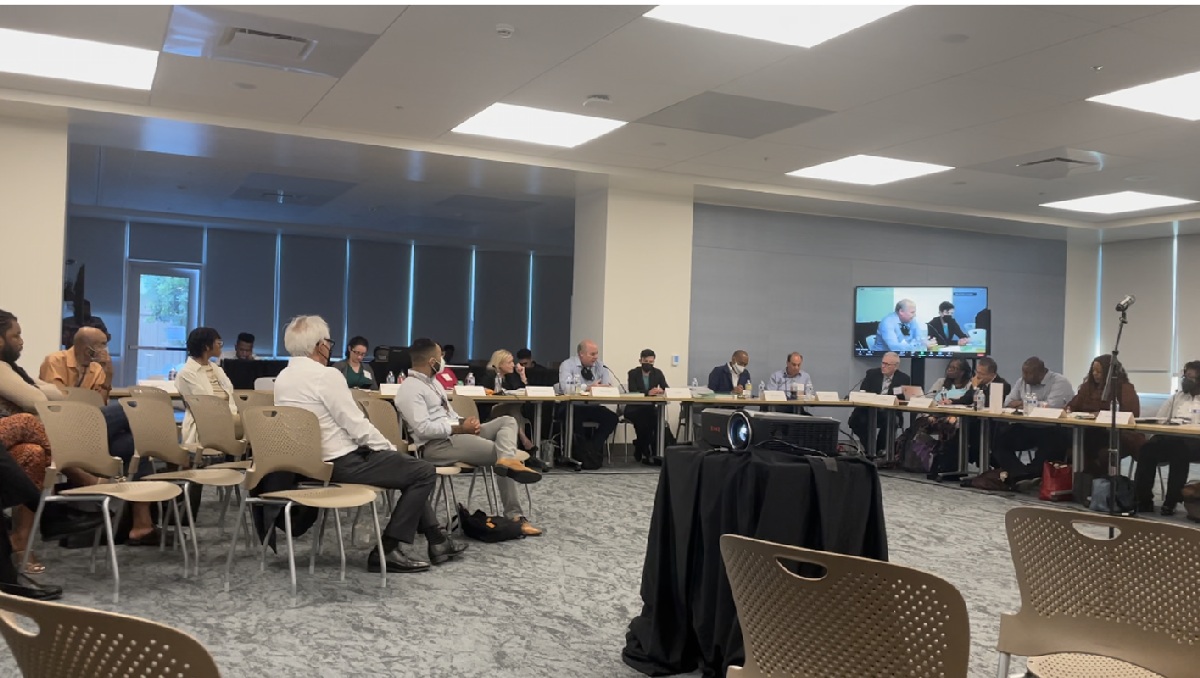 The Presidential Advisory Council on HIV/AIDS or PACHA held its regular meeting in Los Angeles at the Martin Luther King Jr. Outpatient Center on September 19 & 20. In addition to its regular business, PACHA placed on its agenda a panel discussion to hear from local advocates and staff of the health department about the unique needs of Los Angeles. Mario J. Perez, MPH and Director of the Division of HIV and STD Programs for Los Angeles County provided a comprehensive overview of HIV and the county’s efforts to End the HIV Epidemic. Perez noted the HIV epidemic is concentrated mainly in Metropolitan Los Angeles, which includes West Hollywood, Hollywood/Wilshire, Downtown Los Angles as well as Long Beach. There are other areas of the county with growing case rates such as South Los Angeles. Other parts of the county, such as the San Fernando Valley, East Los Angeles and out towards the east County also have growing cases however, not reported as high as these other parts of the county. According to the data, there are approximately 57,700 known persons with the disease in LA County.

Among the main pillars to prevent HIV transmission/infection is one knowing their HIV positive status and the use of PrEP for negative persons at high risk. Estimates are 6,900 are believed to be living with HIV but not identified or not in care. Persons who do not know their status are thought to unknowingly transmit HIV to others. To deal with this problem, testing programs need to be increased in the county to reach these people, who are believed to be largely people of color, with African Americans and Latinos said to potentially make up a large portion of the infected and unaware. The Public Health Department also noted that not enough high-risk HIV negative people are on PrEP. PrEP is a medicine one takes that prevents one catching HIV if taken correctly. It was also noted that Los Angeles County is in the midst of widespread and high STD infection rates. STD infections can also put one at higher risk of contracting HIV disease because the virus can be more easily acquired when one has an STD. The consensus is the STD and HIV epidemics need to be tackled and fought together if Los Angeles County is going to End the HIV Epidemic by 2030.

A panel discussion was co-facilitated by Raniyah Copeland, MPH and Leo Moore, MD, MSHPM, who are both PACHA members representing Los Angeles. The panel surfaced discussion on challenges facing Los Angeles County, including workforce issues and adapting to an aging population living with HIV, among others. To be sure, the HIV workforce is emerging from the Covid-19 pandemic that strained staff who had to address the HIV needs of clients while at the same time dealing with the other problems caused to clients by the pandemic. This is said to have caused extensive burnout. Also, the rising cost of living in Los Angeles has caused the HIV workforce to leave the field for higher paying jobs elsewhere. Now more than ever the HIV workforce needs to be strengthened and increasing the wages of the workforce is believed to be paramount to this effort to create sustainability. Training and development and accommodating a changing workforce were also examples of what might be needed.

Anther challenge brought up during the panel is that of the Aging population of persons with HIV. In Los Angeles, more than 50% of all persons with the disease is over 50 years of age, mainly in their 60s and older. In general, systems across the county are said to be slow to modify and adapt to caring for an older population. The local HIV Commission is doing extensive work in this area and has identified the need for enhanced assessments and screenings, studying isolation and depression, looking at housing needs and housing assistance and HIV prevention.

The Presidential Advisory Council on HIV/AIDS (PACHA) provides advice, information, and recommendations to the Secretary of Health & Human Services regarding programs, policies, and research to promote effective treatment, prevention and cure of HIV disease and AIDS, including considering common co-morbidities of those infected with HIV as needed to promote effective HIV prevention and treatment and quality services to persons living with HIV disease and AIDS.