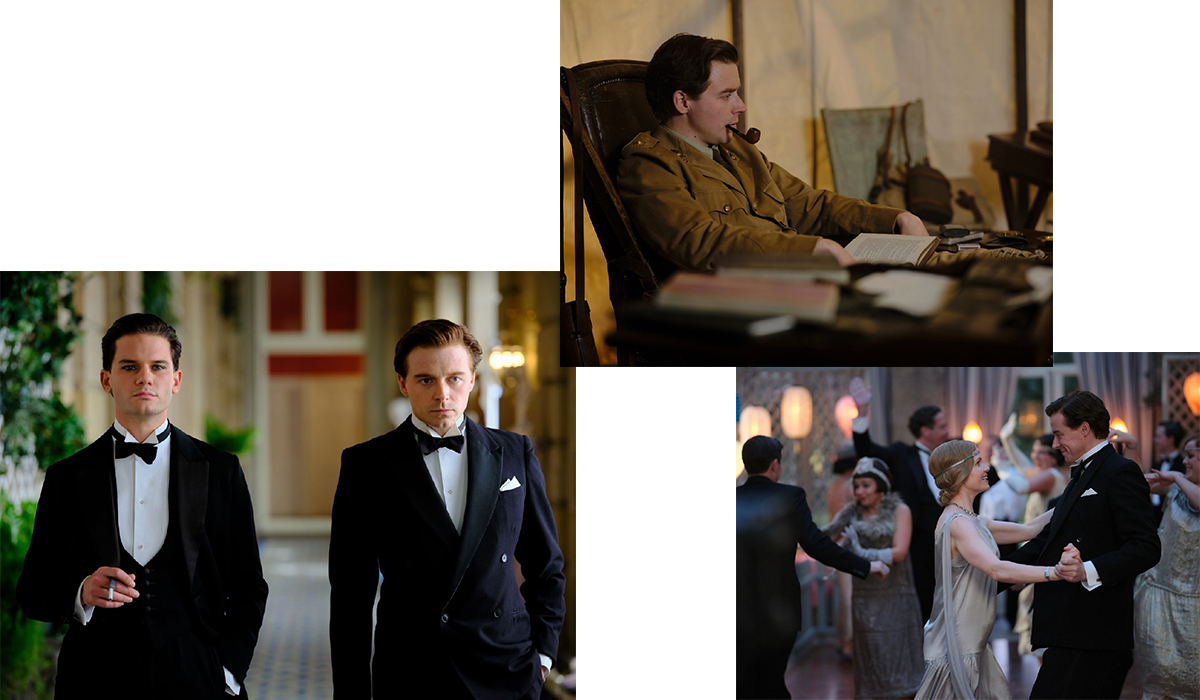 Benediction, set in the restrictive society of the Edwardian Era in the early years of the 20th Century, is reminiscent of the classic 1987 British gay film Maurice, with Hugh Grant. This biopic, however, is on poet and British soldier, Siegfried Sassoon (Jack Lowden) during World War I. When 28-year-old Lieutenant Sassoon is taken ill in the trenches of France, he’s sent to a hospital to recuperate. Although he’s awarded the Military Cross for bravery, he becomes a pacifist and refuses to lead his men back into battle, claiming that the establishment is “prolonging the war by failing to state their conditions for peace.” He’s outraged that so many men have died for no valid reason except for bloated misguided nationalism.

Despite the risk of being court martialed, and shot, his upper crust friends with ties to Winston Churchill get him sent to a military hospital in Scotland, on the false prognosis of being “shell shocked”. Outraged that his friends have interceded, Sassoon prefers being shot if it gets more people to pay attention to the futility of the war (talk about putting your money where your mouth is). As a patient, Sassoon is treated by an understanding gay psychiatrist and falls in love with another patient, who’s also a soldier and a poet. Not a bad stay if you’re closeted and considered criminally insane by British standards.

Through narration, director Terence Davies juxtaposes Sassoon’s anti-war poetry with historical archival footage from World War I. It’s a bold move, considering it’s more of an artistic convention that allows the viewer to peer into the mind of our protagonist. This technique gives the film a docudrama quality. It interrupts the flow of the beautiful cinematography and drama, with grainy, soft focus, silent images, but of course, that’s the point, to interrupt life, pause and to reflect what’s really going on. It’s Sassoon’s anti-war poetry that makes him a national icon, admired by the gentry as well as the commoner.

Actor Jack Lowden (Dunkirk) is simply sublime as Sassoon. His conviction as a courageous pacifist is disarming and riveting. Lowden’s a handsome, charismatic, talented actor, so expect to see more of him in the near future.

The film’s anti-war plot, unfortunately, wavers when Sassoon returns to civilian life. Once the war is over, Sassoon drifts into a life of hobnobbing with the rich and famous, and like F. Scott Fitzgerald’s romantic character, Jay Gatsby, Sassoon’s caught up in the excessiveness of the roaring twenties. He falls in love with a famous male actor, and later, a socialite, but both are vain dandies, petty and catty, and they refuse a monogamous relationship with Sassoon or any man. It’s hard to understand why an established artist with such noble convictions would get caught up with such shallow stereotypical drama queens. Sassoon eagerly navigates his way through an underground culture of snobbish gay aristocrats, but he’s unable to hold onto love and is incapable of coming to terms with his homosexuality. The tragedy of the story is that Sassoon is not able to embrace his sexuality as he did his pacifism, with integrity and pride. Disillusioned with the philandering gay men among the elite, he ends up seeking solace in the arms of an understanding woman, Catholicism, and fatherhood. Regardless of trying to live a “normal” life, the poet never quite gets his homosexuality or the horrors of war out of his system.