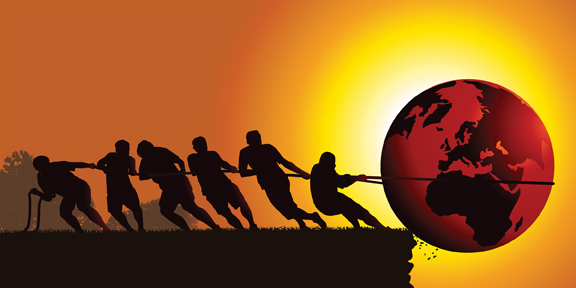 Just 10 days into his presidency and the world appears to be in chaos. The war on HUMANITY has been declared.   We have been challenged since the day he announced his candidacy. In his first 10 days he has made decisions that negatively impacted many Americans, future Americans and our relationship with other countries all over the world. Whether it’s a “WALL” to keep Mexicans who were labeled as “drug dealers and rapist” out of the United States or a “BAN” on Muslims to keep our Muslim brothers and sisters out in order to keep America safe-that is how the president kicked off his presidency. It doesn’t matter what side you are on-it is definitely a roller coaster of emotions to be an American.

Politics and religion are always tough topics to discuss; however, this isn’t about politics or religion, it’s about the rhetoric we are exposing our children and future generations to and the message we are sending to our allies all over the world. It’s about the uncertainty we are creating within communities and families of color due to fear of deportation and family separation. It’s about the hate that is been taught or allowed to be expressed simply because he” rose” to power. It’s about DACA students losing the opportunity to strive and achieve higher education in a country that continues to sell the amazing “American Dream.” It’s about women not being able to decide what is best for their bodies and overall reproductive health. It’s about our nation, our people, our children and everything our parents came to this country to achieve.  He promised to make America great again-lets show him that America is great already. He wants to build a “Wall” to protect our borders-in reality he will separate families.

He wants to “fix” ObamaCare, however his decisions impacts the health and well-being of millions of families. He believes his administration should decide what is best for women and how they should manage their own health and bodies but he fails to recognize that he should have no place in that decision making. He has blocked the opportunity of refugees coming to America in order to find a new safe place to call “home” but he has forgotten that his wife was given the same opportunity…. He challenges the rights of LGBTQ individuals, women, people of color, our Muslim brothers & sisters and anyone whom he feels “doesn’t belong” here. We must show him that our democracy, our rights and our future are what make America great!

This is the time to demonstrate that what has been done before was just the beginning. Let us come together as a nation and demonstrate that we are not living a moment rather rebuilding our movement. The work that leaders like Martin Luther King, Jr., Cesar Chavez, Harvey Milk and Rosa Parks accomplished during the civil rights movement in the fight for social justice and equality was not a moment in time but a time in our history.  Join us in solidarity at #theOneHundredDayMarch in order to show him that his America is our America and our America is GREAT already! For more information on joining this NATIONAL march contact: the100thdaymarch@gmail.com