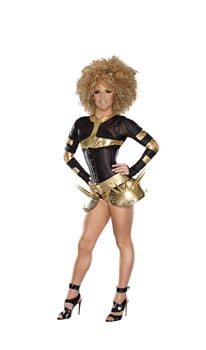 Love her or hate her this biatch has got it going on. Ms Willam Belli has the resume any young Hollywood starlet would envy. She’s an actor, singer, drag queen, she’s gorgeous, funny, strange and yes even talented. You’ve probably seen her on TV or Film in the past and by now are probably annoyed by her on RuPaul’s Drag Race season 4, what with all the Hollywood name droppings and all. But you can’t deny this bitch is good at what she does. Step aside Ms Cayne, move over Ms Cox cause this drag queen is taking over all the tranny roles in Hollywood. Lucky, yes, talented, of course but does she have what it takes to become America’s Next Drag Superstar? Hmm… Who knows? Who cares. Ms Belli has already taken over Hollywood. She’ll next be seen on Neighborhood Watch with Ben Stiller. She’s also working on new music and starring in a production of Showgirls in Drag. Not bad for a  boy who started out as an extra and has become an in-demand actress!

Samara: How did you get into acting?
Willam: I started doing extra work when I was 16 on an Mtv pilot called The Party which never aired. But I was featured enough that I got my SAG card so it all kind of snowballed from there.

Samara: What was your first big break into Hollywood?
Willam: My first recurring part was as a hustler named Darrin on a cop show called The District. Jaclyn Smith played my attorney and I was NOT allowed to talk to her off the set. Was hilariously Hollywood.

Samara: What do people recognize you for most when out in public?
Willam: Whenever I get pulled over, cops clock me as that tranny from Southland.  But recently, people recognize me from RuPaul’s Drag Race.

Samara: Can you tell us your juiciest Hollywood story?
Willam: My character Cherry Peck on Nip/Tuck was supposed to come back for season 4 after being a stand out in season 3. But the network decided to kill me because of advertiser drama on the show. E! News did a story about it. I was so flattered to be discussed. Not bitter because it was the best job ever. Started as an extra on the show and ended up guest starring on 5 episodes. Plus Ryan Murphy is GOD.

Samara: What famous actors have flirted with you?
Willam: Mario López said hi to me when I had the top down in my Benz on the Universal back lot. I waved a little and he was like “are you shy?” and i just was like I’M A DUDE and he was really cool. He just was surprised and said “Wow. good job.” Wasn’t phased at all. That man is a pro. Made me like him more and not think he was cheesy.

Samara: You’re also part of the band Tranzk*ntinental. Tell us about that?
Willam: Our band is awesome. We’re the groupies and the rockstars all rolled into one. We loved our residency at the House of Blues on Sunset and continue to do shows all over town.

Samara: And your doing Showgirls in Drag also right?
Willam: Showgirls in Drag is taking off! The movie is so bad it’s good but this show is the same. I get a lugee hocked in my throat every night by Detox and Vicky Vox regularly abuses my ass on stage. We have all the choreography recreated exactly and a script that takes all the best movie lines and fucks everything else up. Plus there’s tons of alcohol because it’s at MJ’s bar here in LA.

Samara: Why did you decide to do RuPaul’s Drag Race?
Willam: Casting called me for a tape and I wasn’t otherwise engaged. So….

Samara: What would you do with all that cash money prize if you win?
Willam: Count it and then buy some tits.

Samara: How do you handle all the haters?
Willam: “What other people think of me is none of my business”- RuPaul. I try to live by that motto but when I do want to snap back, I usually do it with humor. Like someone will tweet me “Willam’s ugly and needs to go home” and I’ll just reply with “Well can I have a ride?”.

Samara: What other new projects you working on now?
Willam: Working on some music (Check me out on iTunes) and more projects with TranzKuntinental. Also have Neighborhood Watch coming out July 27th with me opposite Ben Stiller. Will also be releasing a limited edition vacuum specially designed to pick up all the names I drop.