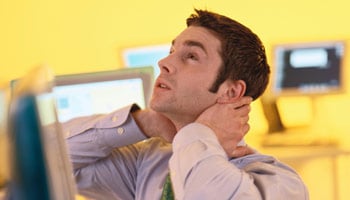 We have a question about a magazine article stating that neurotransmitters affect criminal behavior. I will answer this question near the end of my article, but first you need some background.

The nervous system and brain are amazing and not as well studied as other systems. The reason we haven’t studied the brain as much as other organs is that it is very sensitive to chemical or physical (surgical) manipulation compared to other organs. If you touch, cut, or manipulate a tissue, swelling happens. In the abdomen, for example, the swelling makes you look fat temporarily as the skin stretches. In the hard skull, that swelling has no place to go so it squishes and damages other brain tissue. Sometimes experimental medicine to help the brain hurts it more than helps, when they try it on animals; so they are afraid to use it in humans.

I like to think of nerves as the cables and wires sending messages to and from the brain and spinal cord. Actually, parts of nerves are like liquid wires that transmit a charge down the main branch of the nerve called an axon. The longest ones are from the brain down to the toes. To help speed the conduction, there are cells wrapping the long axons in fat so that the charge can jump faster between these cells. Multiple sclerosis is a loss of these cells so that the message doesn’t get to the muscles well, causing weakness. First a foot drops—won’t lift up easily, then it progresses to the other leg, then the arms, the speech and swallowing muscles, and finally the respiratory muscles so that the person gets pneumonias.

The nerves influence each other, some increasing the main signal and others inhibiting; this is called adaptation by the action of other nerves on the main one. Loud alarms don’t bother me as much as others since I am around them constantly in the patient rooms in the intensive care unit or emergency department. My nerves are trained to adapt, lessen the signal quickly. This also happens when you “get used to” the cold ocean water after the shock when you first get into it.

The nerves don’t connect like wires, the end in a group of endplates that look like stubby feet, that have chemicals in them, which are released to be received by the next nerve which causes a charge to move down that nerve. The space between the endplate and the other nerve is called a synapse and the chemicals are called neurotransmitters.

Parkinsonism, the disease with a tremor, lack of facial movements, stooped posture, and shuffling walk, has a loss of a neurotransmitter, dopamine, in parts of the brain that govern movement. There are also pleasure and reward neurotransmitters. Morphine and other narcotics stimulate certain nerves that cause pleasure as does cocaine, crystal methamphetamine, marijuana, and any drug of abuse. Caffeine, alcohol, and nicotine also affect neurotransmitters and cause many positive effects as well as negative ones.

Running, seeing a scary movie, and riding a roller coaster can result in the release of pleasure neurotransmitters.

With drugs, though, there is a problem with adaptation that the drug causes less and less thrill, so that more and more drug is needed to cause the same effect. Many must take heroin, alcohol, coffee, and cigarettes just to maintain a normal function, not to get high; this is called dependence. They are avoiding withdrawal. If they run out the narcotic pain medicine they may suffer physical pain and be emotionally explosive; this is called pseudoaddiction.

Addiction is the presence of behaviors that are an attempt at getting more and more drug, such as lying, going to multiple physicians, being manipulative, even in the presence of losing their jobs, family, friends, money, and possessions.

It seems that some of these abusable and illegal drugs stimulate pleasure centers in the brain more in some people than others. Some receive such an euphoria that they feel they must have it at any cost, they are addicted. This is where losing possessions, family, friends, and criminal behavior enter the picture. For alcohol and heroin and its sister drugs (morphine, codeine, dilaudid, oxycontin, oxycodone, etc), somewhat with coffee and nicotine, and less so the stimulants (cocaine and amphetamine) the addict has terrible withdrawal symptoms so that the person must take a moderate dose, not to get high, but just to feel and function physically and mentally normal. They have a habit that is hard to break. Because alcohol, coffee, and cigarettes are legal and more accessible, these are quite popular.

The route of administration is related to the effect. The quicker the drug enters the target (brain’s nerve cells acting at synapses as neurotransmitters), the more euphoria (high one gets) and the quicker the drop or withdrawal (dysphoria). The quick routes to the slow routes are listed in order: intravenous, inhaled, intramuscular, subcutaneous (under the skin), and oral (eating it).

Physical stimulation and electricity can cause nerves to fire and release neurotransmitters. A pinched nerve due to arthritis in the spinal column or a herniated (bulging) disc are common causes. A taser can cause many nerves to fire at once and paralyze you for a few seconds and then you are fatigued for even longer.

A seizure is like a localized tazer starting in one spot in the brain spreading to other areas causing usually unconsciousness, stiffness, and/or rhythmic jerking. All this transmission is by neurotransmitters.

If there is a chemical imbalance in neurotransmitters, then there may be more or less emotion, psychosis, depression, schizophrenia, bipolar symptoms, and other mental illnesses. Using illegal drugs resets the balance of chemicals (neurotransmitters) in the brain and makes the person have a different personality than they would if they hadn’t used drugs. I have seen many, many patients in the mental health hospital with incurable mental illness due to past drug use. We try to help these with medications that affect other neurotransmitters and sometimes are successful, but usually it is only a moderate or minimal amount of help.

By the way, I keep seeing many with severe heart disease early in life from cocaine and methamphetamine at my hospital now also.