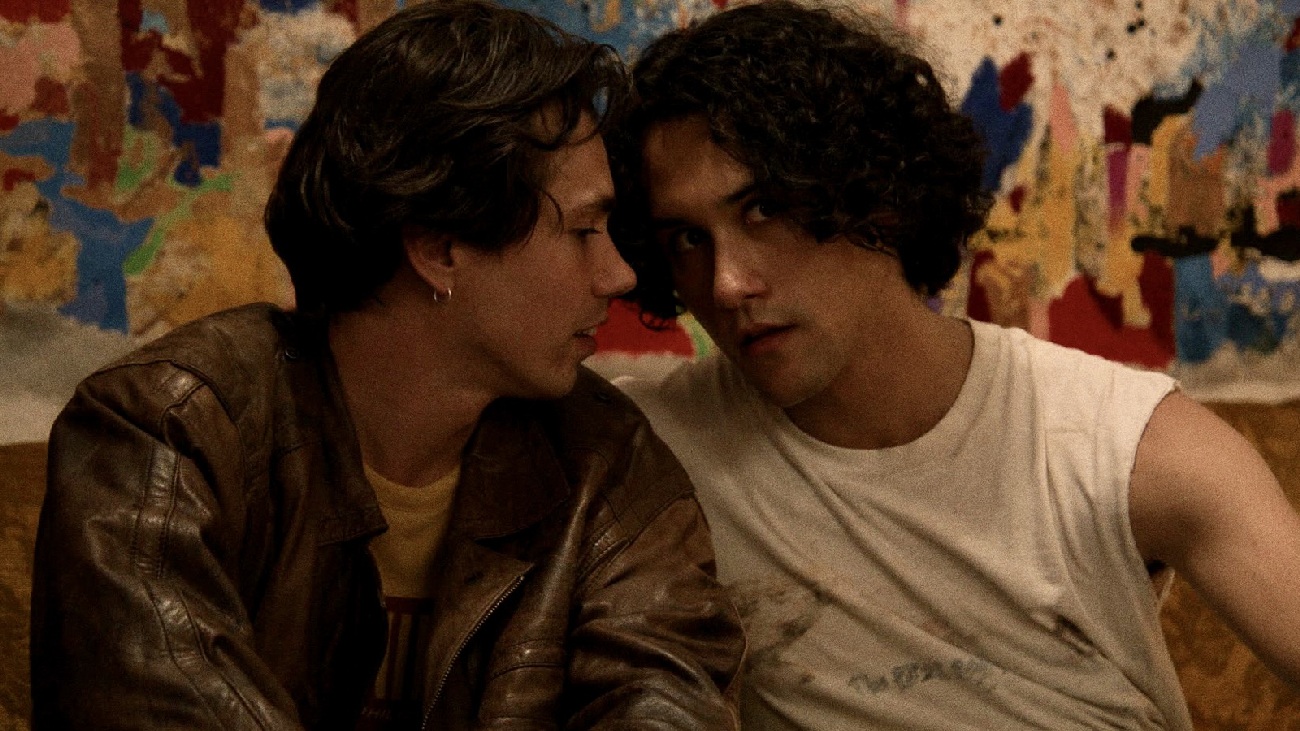 Adam in Fragments, follows a boy named Adam who’s a drug addict and street hustler living in Los Angeles. The DeKKoo series takes place in today’s modern times yet starts and feels as if you are watching a documentary from the 90’s, giving us a feel of when street prostitution was a popping, thriving thing. The show is interesting as it is entertaining, and worth watching.

Adam is obviously not on the right track, as a hustler, doing drugs, hanging out with the wrong people and not only breaking laws but he also rules the streets. His bad boy behavior eventually comes back to haunt him and Lucy as the two decide whether to stay in LA or not.

A lot has changed in twenty years, and yet so much has stayed the same in this city and with prostitution. But the truth is that prostitution is real, whether you like it or not, agree with it or not or have done it before or not. Like they say, ‘it’s the oldest profession in the world’.

However, this series gives the look and feel of a hustler’s life who usually only cares about his own interests: making money, doing drugs and taking advantage of people. As this is pretty much how Adam’s life plays out in this series. There is also a man who tries to shelter and save Adam from the streets and drugs but it only last so long before Adam goes back to square one.

You can’t help someone that doesn’t want to be helped or want saving. I will watch the rest of the series, because with his poor choices and actions. Or perhaps he can finally find his salvation and way out of the streets. Please check out Adam in Fragments a movie directed and written by Omar Salas Zamora. Adelante had the chance to sit down with director Omar Salas Zamora for an interview about his series.

Adelante: Tell us a little info about yourself, background, film history about Omar Salas Zamora.
Zamora: I’m a first-generation queer Mexican-American born in Central California. I started working on short films in high school and moved to Los Angeles when I was 21 to attend film school and pursue a career in the industry. I’ve been especially lucky over the last two years with creating work that I’m proud of.

Adelante: What made you want to create a series about a street hustler in Los Angeles?
Zamora: The lifestyle was always alluring to me. I was taking in a lot of that world through photography and articles from the 90s and it became interesting to create an alternate reality where this kind of trade stuck around.

Adelante: Where or how did you get the idea or inspiration for this series ‘Adam in fragments’?
Zamora: Beau Swartz and I made a short film about the same subject matter in 2019. The character stayed in my mind and I kept wondering about his history and how he ended up where he was. Working backwards, Calvin Picou and I wrote the script that eventually became the series.

Adelante: Is any of this based on truth?
Zamora: The actual material is completely fictional, but it always started from a truthful place. For me, the street life caught in Eve Fowler’s photography was very enlightening. We watched documentaries to fill out the periphery of the show.

Adelante: Street prostitution, is not what it was twenty plus years ago, how or why did you decided to focus on that aspect in your series, rather than take a modern approach on prostitution?
Zamora: The modern approach is very digital, very online. It doesn’t make for a captivating cinematic experience. We wanted to create our own world that might feel anachronistic but treat it genuinely.

Adelante: Where do you see Adam in Fragments going? Will there be another season?
Zamora: No, there won’t be another season. One of the most exciting things about working with this story and specifically this character was knowing exactly how it was going to end.

Adelante: Tell us where and when Adam in Fragments comes out to the public.
Zamora: Adam In Fragments will be available through Dekkoo starting November 17th and on Home Video November 22nd.

Adelante: Will the remaining episodes, give us closure?
Zamora: I hope that audiences feel satisfied with the decisions Adam makes in the final episodes. They’re very harsh decisions but felt to us like the right ones.

Adelante: What is your next project that you are working on?
Zamora: There’s a couple scripts floating around that I’d be very excited to work on – a horror movie, a romance and a comedy. It’s always just finding the right financier and matching the right partners with the right project.

Adelante: Anything else words, or quotes that you would like to add for the Adelante readers and fans of Adam in Fragments?
Zamora: We work on these projects for so long and you have no clue how audiences will finally take it. With Adam, I think we took some really wild swings that I hope pays off. I can say with confidence that it’s like nothing that’s been done before.