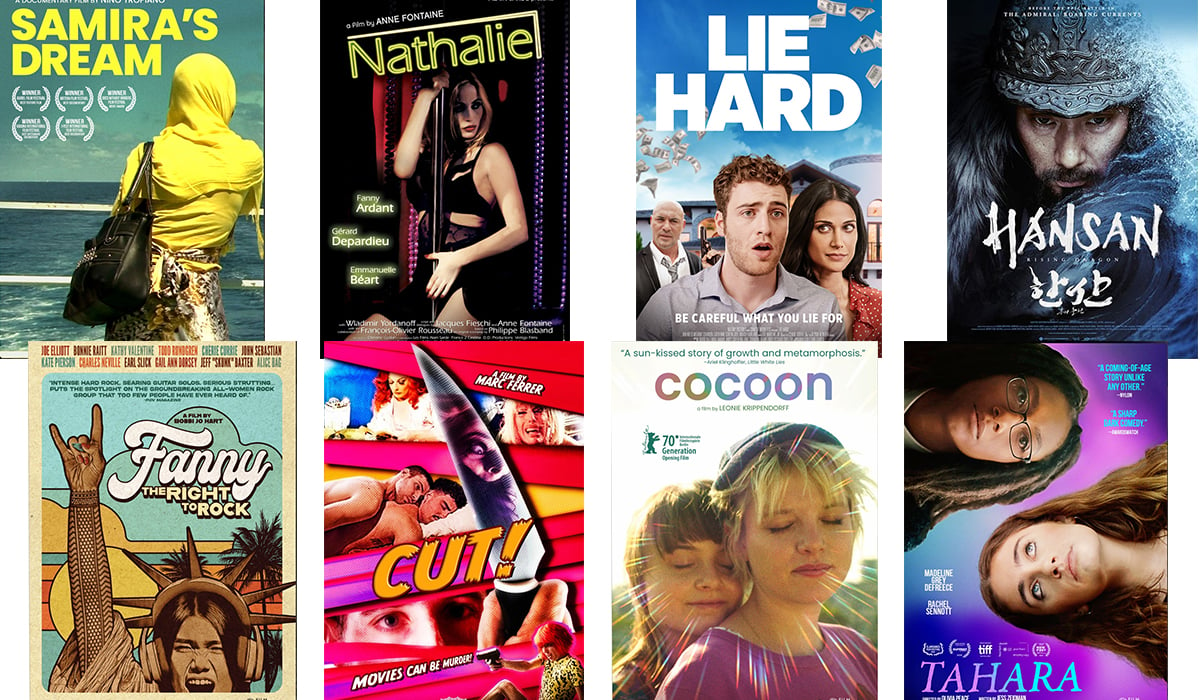 SAMIRA’S DREAM
IndiePix Films
Available on DVD/Digital Now
Samira is a Zanzibari woman who aspires to have a family like all of her friends, but is also determined to pursue higher education and a career. Amidst social pressures and the ever-present need to respect traditions, she ultimately is forced to choose one life over the other. Following his subject over the course of seven years, filmmaker Nino Tropiano presents a poignant look at the inspiring trajectory of a modern, young African woman aa she strives to achieve her goals.

FANNY: THE RIGHT TO ROCK
Film Movement
Available on DVD/Digital now
Sometime in the 1960s, in sunny Sacramento, two Filipina-American sisters got together with other teenage girls to play music. Little did they know their garage band would evolve into the legendary rock group Fanny, the first all-women band to sign with a major record label. Yet, despite releasing 5 critically-acclaimed albums over 5 years, touring with famed bands from SLADE to CHICAGO and amassing a dedicated fan base of music legends including David Bowie, Fanny’s groundbreaking impact in music was written out of history…until now, with the feature-length documentary, FANNY – THE RIGHT TO ROCK.

NATALIE
Cohen Film Collection
Available on Blu-ray Now
When Catherine’s husband is unfaithful, she doesn’t want revenge – she’s curious. She wants to share the experience, but in secret, so hires an elite prostitute to seduce her husband and report back to Catherine. Her desire to remain in control of the situation is soon tested by other desires.

TAHARA
Film Movement
Available on DVD/Ditital Now
Carrie Lowstein and Hannah Rosen have been inseparable for as long as they can remember. When their former Hebrew school classmate, Samantha Goldstein, commits suicide, the two girls go to her funeral as well as the “Teen Talk-back” session designed to be an opportunity for them to understand grief through their faith. But, after an innocent kissing exercise turns Carrie’s world inside out, the best friends find themselves distracted by the teenage complications of lust, social status, and wavering faith.

HANSAN: RISING DRAGON
Well Go USA Entertainment
In Theaters Now
HANSAN: RISING DRAGON depicts the historical Battle of Hansando. In 1592, admiral Yi Sun-sin and his fleet face off against the might of the invading Japanese navy and its formidable warships. As the Korean forces fall into crisis, the admiral resorts to using his secret weapon, the dragon head ships known as geobukseon, in order to change the tide of this epic battle at sea.

LIE HARD
Mutiny Pictures
Available on VOD/Digital Now
Rob Smart is a compulsive liar with an out-of-his-league girlfriend, Katie. After Rob makes a poor impression on Katie’s wealthy father, Rob aims to impress him by borrowing millions of dollars from Big Sally, a vicious crime boss, to purchase a mansion and fake his own wealth.

COCOON
Film Movement
Available on DVD/Digital Now
In the multicultural microcosm of her noisy Berlin neighborhood, there are many firsts for 14-year-old Nora (Lena Urzendowsky) during one particularly hot summer. She gets her period, smokes marijuana, discovers her love for other girls and meets the wild Romy (Jella Haase). With her, the noisy area of Kreuzberg suddenly seems endlessly large and full of hidden beauty. While the heat sticks to her skin, Nora loses her heart to her wild new friend and learns to stand up for herself. And when summer ends, as she makes her way into adulthood, things will never be the same again.

CUT!
Ariztical Entertainment
Available on DVD/Digital September 27th
Marcos, a rather unsuccessful film director, is immersed in the shooting of his new film, when a series of terrible murders starts to happen in Barcelona, and all of them seem to be traced back to him. Vampirized by cinema, and despite being hated for his films, Marcos needs to keep making them in order to live.