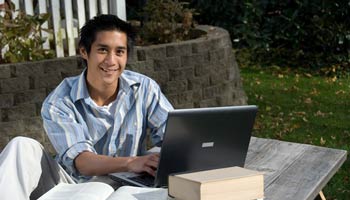 I was having a dinner party with my friends a couple of weeks ago like we often do on Sunday nights when it came time for some good conversation the hot topic arose. At what age did you lose your virginity? That was the question of the night. My friends consist of gays and trannys so what I’m going to discuss pertains to this particular group. I often ask this question of people because I’m always curious so what I heard was no shock to me. I was a gay boy of nineteen when I first had any type of sexual encounter with anybody. I’ve never been with a woman and the man I lost my virginity to was a white Italian in his mid to late thirties. I met him at Rage of all places. lol Hey when I was younger I liked them older, now that I’m older I like them younger. That’s my experience anyways.

Now that you know my age lets discuss what my friends had to say. I don’t know how it is now a days but when my friends lost their virginity I’m assuming it was back in the 80’s and 90’s given our ages now. So who knows what todays youth are up to now but what my friends had to say will shock some of you, especially if you happen to be a parent. The age range that most of my friends lost their virginity was around sixteen years old but for a couple the age was shockingly lower. Some claimed they lost it at twelve and one claims he lost it at nine. We can only go by their word but this is no surprise to me, I’ve heard this before many times.

I remember when I was nine and twelve all I thought about was playing with my action figures and yes I made them kiss and make out but sex was no where on my mind, not for my dolls and certainly not for me. I can’t even imagine having any type of sexual encounter at that young age I mean I was such a naïve little innocent boy. How could other kids that age be thinking or doing such adult actions? It’s beyond my comprehension. I know some of you may not believe it but I’ve encountered many stories like these from many people all through out the years I’ve been asking it. This of course comes from men I’ve dated and or had sex with that these sex stories come from and of course from my gay friends. So that many people can’t be lying to me.

I’m not judging these people but I certainly don’t understand it. Of course some had it with other kids their age while others had it with older kids in their teens. Relatives always seem to pop as constant sex partners in these experiences. And this could be anywhere from oral, hand, or actual penetration. Plus I get many straight boys that experimented with other boys and that neither necessarily grew up to be gay. So there you have it.

I have many nieces and nephews of all ages and sometimes I look at them and wonder how many or if any of them are already having sexual encounters as kids. Of course their parents would die if they found out something like this was going on. Nobody can imagine that for their kids or kids in their family. But if you think about it these are the kids that in ten or twenty years in the future will be having dinner parties with their friends discussing how they lost their virginity at eight or ten, I’m not even saying fourteen or sixteen years old. Think about it. Can you imagine? Well whatever is going on nowadays lets hope parents are having the birds and the bees talk much earlier than they intend to because it could help keep many kids and teens healthy and safe.