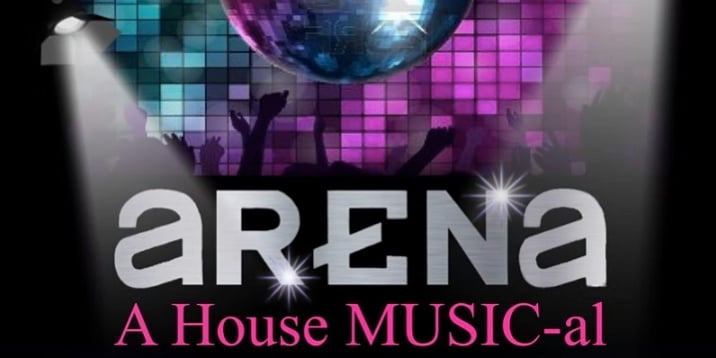 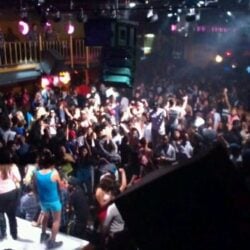 For many of us, our early memories of going out into the gay club scene were rooted in two iconic clubs called Circus and Arena. These two massive discos were on Santa Monica Boulevard in the heart of Hollywood. For the younger generation of your readers, you may not have had the opportunity to go or unfortunately may not have even heard these two club names. Nestled together on what had been a commercial warehouse and hardware yard, Circus brought together the LatinX community after opening its doors in 1975 at the height of the disco era.

Circus and Arena were born from the dream of Gene La Pietra and had been touted at the time as the “World’s Largest Disco.” It closed its door in 2015 and was demolished for a major residential community the following year. From its inception, the clubs were welcoming to all, regardless of race, gender identity, color, or background. On some nights, the clubs were straight, on others they were gay – but you’d likely see a mix regardless of what night the clubs were open. It was also one of the few clubs at the time that was open to underage patrons, as they had food service. Many from the community legally danced at Arena before they even turned 18. 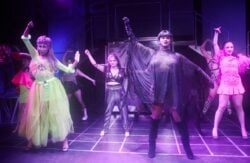 Thanks to the inspiration of writer Abel Alvarado, Arena: The Musical has brought this club back to life. The performance is based on the house music of the 1990’s and follows the story of Lucio, a music minister from a local Apostolic Church, where his parents were the pastors. He has a closeted relationship with the church choir’s guitar player and when his parents find out, all hell breaks loose.

The musical is playing on Fridays, Saturdays, and Sundays through July 17th at the Casa 0101 Theater in the Boyle Heights Artist District. Ticket prices start at $25 and can be purchased online by visiting https://www.eventbrite.com/e/arena-a-house-music-al-tickets-228446618987 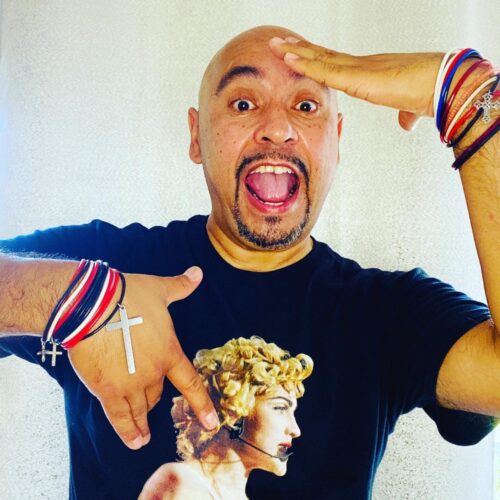 Adelante had an opportunity to catch up with a very busy Abel Alvarado and ask him about his musical:

What compelled you to write a musical about Arena?

I was there on closing night and was walking around the crowd of 10,000 people and I kept seeing friends, memories and hearing story after story about how people met there, found love, lost love, friends who were no longer with us. I realized that Arena was the first gay club I had went to and how as a young gay Chicano, it really helped shape how I viewed the world. Arena opened in 1990, the same year I graduated from high school, so it always felt like Arena was the place gay, brown Generation X grew up here in L.A.

As an Arena patron, what are some of your favorite memories or experiences? 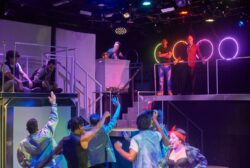 My most fond memory is hearing DJ Irene shout, “Where’s all the mutha fuckin Latinos tonight?!” and the crowd would go WILD! That little statement, over those loudspeakers, onto a dancefloor full of BROWN JOTERIA, that was exhilarating, it made us feel CELEBRATED that yes, I am Latino AND Gay!! And back then, that’s the ONLY place you would hear that! And the mirrors on the bathroom ceiling! LOL!!

What do you want your audience to experience through the musical?

I always say, “To whoever walked through those infamous double doors, past that wall of 16 tv’s and onto that thumping dance floor, and felt the rush of that Arena feeling, this is my love letter to you.” Also, for people who never went there, I want them to know that there was once a place, that was all about gayness and latinidad. There aren’t many, if ANY places like that left here in L.A., a city with a Latino population of 48-52%! I want people from my generation to know that yes, we were here, we danced, partied, and FOUGHT to be brave, and we all came together under one roof and experienced a beautiful moment in time, TOGETHER. 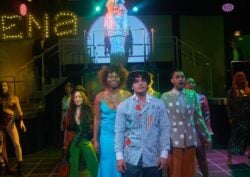 How do you think the closing of Circus and Arena affected the gay community?

They were the two largest gay venues in L.A., the two largest gay LATINO venues in the country! They weren’t clubs that had a “Latino Themed” night, they were ALWAYS LATINO! So yes, those 2 spaces closing means a part of history is gone. That’s why I feel this story is important, because it documents a moment in history and it tells the world “Yes, we were HERE!”

What would you say are the big differences between Arena and other clubs in L.A.?

Well, Arena was around for 25 years, Circus was around for 40 years! That is unheard of for nightclubs! All these other places in L.A., even the theme nights, will draw 50 to a few hundred patrons once a month. Arena and Circus drew THOUSANDS every weekend! Nothing can compare to that.

Does L.A. need another Arena? 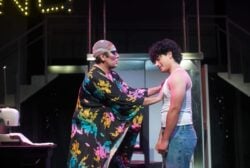 I don’t know. if a place like that could never happen, certainly not in Hollywood. The property costs alone would be ASTRONOMICAL, and it would probably never be profitable. In the words of Dr. Seuss, “Don’t be sad that it’s over, be happy it happened”, and those of us who were lucky enough to experience it can smile about that. And in the meantime, we got “ARENA: A HOUSE MUSIC-al”!