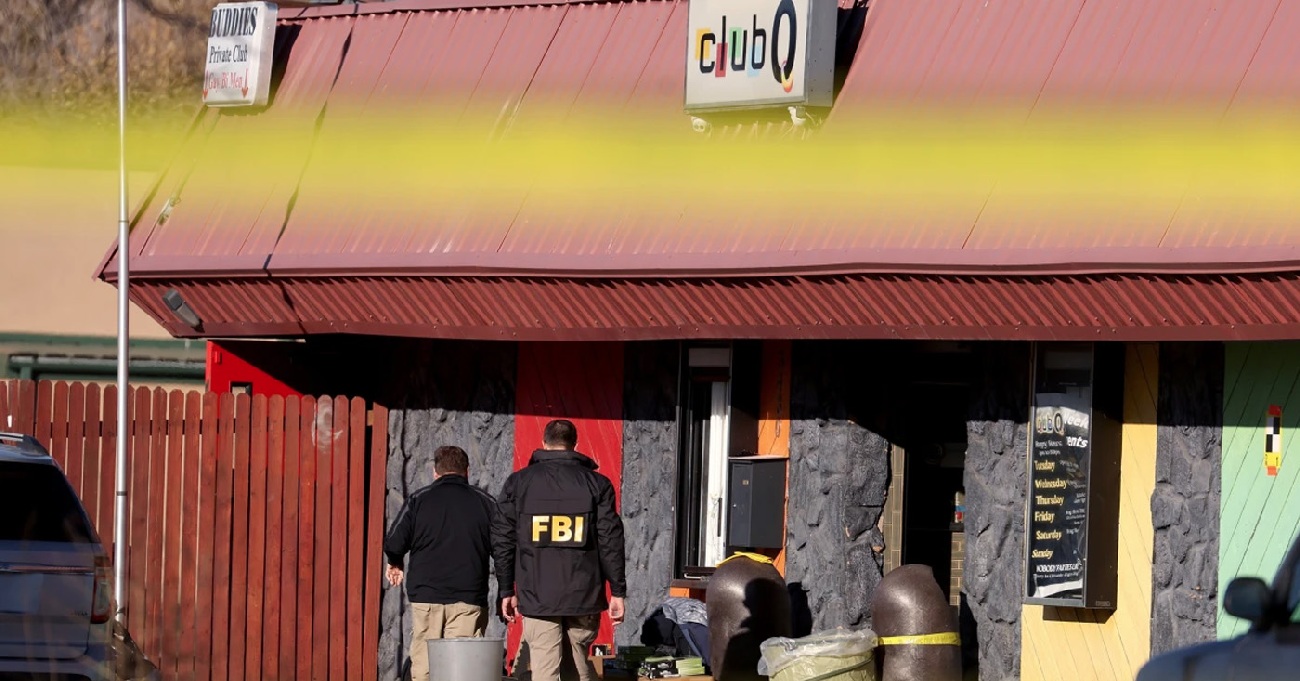 A gunman opened fire inside of Club Q in Colorado Springs, Colorado early Sunday morning, November 20 killing five and wounding 19 others. Police said they were investigating whether the attack was a hate crime because Q is an LGBTQ establishment. Also, the shooting came on the early morning of Transgender Awareness Day, which is celebrated on November 20. This is the second large scale attack on an LGBTQ nightclub in recent years and after the horrific Pulse nighclub shooting in Orlando, Florida where 49 people were killed and 53 were wounded on June 12, 2016.

In a statement on social media, Club Q said it was “devastated by the senseless attack on our community” and thanked “the quick reactions of heroic customers that subdued the gunman and ended this hate attack.” President Joe Biden said “While no motive in this attack is yet clear, we know that the LGBTQI+ community has been subjected to horrific hate violence in recent years. Gun violence continues to have a devastating and particular impact on LGBTQI+ communities across our nation and threats of violence are increasing,” Biden said in the written statement.

Kelley Robinson with the Human Rights Campaign said the following, “We are absolutely heartbroken by last night’s deadly shooting at an LGBTQ+ club in Colorado Springs. We know anti-LGBTQ+ hate is on the rise and gun violence impacts our community at devastating rates. We are also observing Transgender Day of Remembrance today and over the last 10 years two-thirds of the more than 300 fatalities we’ve tracked involved gun violence. We must rise against hate in the strongest possible terms, we must stand together in solidarity and love with our LGBTQ+ family in Colorado Springs and demand an end to this epidemic of gun violence. From Pulse to Colorado Springs to so many other lives stolen from us— this has occurred for far too long. HRC mourns the lives taken at Club Q last night and extends our deepest strength, love and condolences to the loved ones impacted.

We call on our elected officials, representatives and community leaders to step in to end hate speech and violent threats directed at the LGBTQ community. In recent years, right-wing politicians, religious-based community activists and news commentators, just to name a few have spewed hate against our community. They inflame the public by making cheap commentary that gay people are seeking to “convert” young kids in elementary schools by educating them on the different genders. They inflame the public by suggesting gay people are pedophiles and how wrong it is that our community expects public businesses have gender-neutral bathrooms to accommodate all communities – how somehow this hurts the larger public and infringes on their rights. They make fun of Brittney Griner, the Women’s American Professional Basketball Player being unjustly imprisoned in Russia and go as far as to laugh about it and ask that other high-profile LGBTQ athletes join her. This hate speech is all over right wing media and we wonder why these types of shootings happen? I’m surprised that there are actually not more given the irresponsible rhetoric.

To be clear, the progress we have made is under attack in the areas of equal rights, trans rights, marriage equality and protections in employment, educational institutions and sports. We are often under attack by politicians that seek to inflame the public to bring them out to vote for turning the clock backwards on our rights. The LGBTQ community must get involved at all levels of community and government and ramp up the activism to stop hate speech when we see it. Just like in the early days of the AIDS epidemic, the community had to take drastic actions and come together and protest the lack of attention to the disease. This political and cultural environment we are in now where politicians and right-wing activists are constantly attacking our rights needs to be put in check. The only way to do this is to organize against it. This means speaking out when hate against us rears its head, whether on line or in public. Lastly, every LGBTQ person must be registered to vote and vote. We have to get smarter and more organized now.