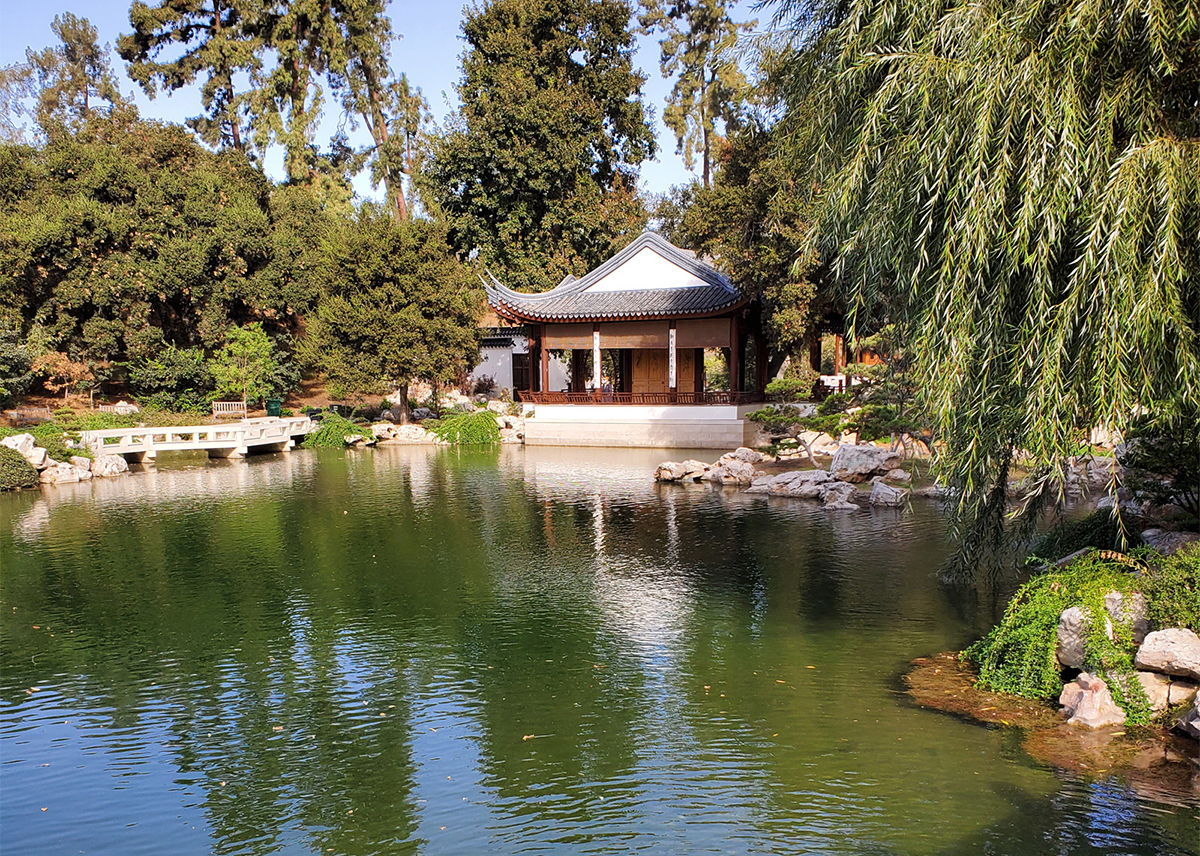 Cool Things to Do During the Corona Crisis, Part I
by Scott S. Smith and Sandra Wells

Bored with No. 9 on your list of Netflix series you were urged to watch? Bummed by no holiday gatherings? Actually, in the so-called real world, there are lots of creative ways to get out and boost your calm cheerfulness in spite of COVID. Here are some ideas we test-drove to inspire you to find your heart of gold at the end of the Southern California rainbow, where masks are required:

(photo: A Disney animator’s desk of the 1940s from the archives on display at the Bowers Museum)

The Disney Archives at the Bowers: Santa Ana’s Bowers http://bowers.org/ is arguably SoCal’s most underrated art and history museum, with impressive ongoing exhibits on the First Californians, the state’s pioneering artists, masterpieces of silverwork and carved gemstones, ceramics of ancient Mexico, artifacts of headhunters in the Pacific, Tibetan Buddhist temple murals, and art from 5000 years of Chinese history.

The temporary displays are always outstanding and you should check out the current one before the last day Feb. 28, 2021: Inside the Walt Disney Archives: 50 Years of Preserving the Magic. The dyslexic animator revolutionized everything from movies to theme parks. The archivists have selected a display of dazzling variety drawing on 20 million photos, 13,000 boxes of documents and merchandise, and storerooms with 100,000 objects. These items include the opened animatronic head of Mr. Lincoln, early Mickey and Minnie dolls, production models for Disneyland’s jungle cruise, a The Lady and the Tramp book autographed by Walt, cover art for a record album and illustrated book for the Haunted Mansion attraction, and Judy Dench’s dress as Queen Elizabeth in “Shakespeare in Love.” The next special exhibit is Treasures in Gold & Jade from Taiwan (Dec. 12, 2020-May 30, 2021). De-stress, get educated, and have fun by immersing yourself in the history of global culture.

Have a Big, Healthy Meal at Little Pine: The singer Moby famously cooked up the medium-size nonprofit vegan restaurant Little Pine https://www.littlepinerestaurant.com/ in Silver Lake (where Walt Disney located his first studio, as I learned from Architecture Tours of L.A. https://www.architecturetoursla.com/, but even without a guide it’s worth cruising through one of our hippest and most historic neighborhoods). He recently sold it because his business model was impossible during the corona crisis, but the food, service, and vibe remain the same, outdoors with heating lamps and umbrellas as needed (the new owners continue to donate to worthy causes, especially those involving climate change and animals).

While waiting for our meals, we listened to Moby on our phones to get in the proper mood. Prices are very reasonable (entrees $16-$23). We shared Trumpet Mushroom Chops (grilled mushrooms, seasonal fruit salsa, and well-seasoned cauliflower puree) and a surprisingly tasty Macaroni and Cheese with toasted breadcrumbs (it’s hard to please junk food fans and whole fooders, but they pull it off). Alas, they were out of seasonal fruit shortcake (buttercream, sponge cake, seasonal fruit, or edible flowers). They also have salads and a wide range of beverages, including wine and beer.

Opening a New Chapter at Book Soup: Most of the bookstores that survived the pandemic of aliteracy (Americans could read if they wanted to), Amazon, and the virus have closed, at least temporarily. One that thrives because of its cult status as “the bookstore to the Great and Infamous” of Hollywoodland is the Sunset Strip’s delicious Book Soup https://www.booksoup.com/. It recently reopened for limited in-store shopping by appointment (made on the website, which also enables pickup-delivery). There is an hour free parking the in rear. The 60,000-plus titles are stacked to the ceiling, focused on film, photography, art, music, and literary fiction, while it also specializes in volumes from universities, small presses, and international publishers. The “overeducated staff” (as one member described it to us) is very opinionated and you can read their recommendations for the likes of Abandoned and Historic Los Angeles: Neon and Beyond by Jason Horton, Please Kill Me: The Uncensored Oral History of Punk by Leggs McNeil and Gillian McCain, and The First King of Hollywood: The Life of Douglas Fairbanks by Tracey Goessel.

One used to be able to join a small group there to listen to a top author read her latest work, but the audience is now global online (minus autographs, but the store does have some signed copies for sale). L.A. has been more supportive of writers than its reputation, the metro area surpassing New York City, the publishing capital, in book sales in 1992 (of course, many have been bought to decide what should be put on the screen; the late bestselling author Alvin Toffler once told us that whenever he was reading a book in a restaurant, someone asked what the script was about).

New Chinese Garden at the Huntington Library: The venerable Huntington Library, Art Museum, and Botanical Gardens https://www.huntington.org/ in San Marino, recently celebrated its centennial. Until COVID, there were extensive historic book and manuscript collections and great art, which could be viewed and studied, with permission. Until they reopen, anyone can still visit nearly 20 specialized gardens, including those devoted to herbs, roses, camellias, native plants of California, and those found in Japan, Australia, deserts, and the subtropics.

It has just opened another 11.5 acres of its Garden of Flowing Fragrance, bringing the total to 15, making it one of the largest classical-style Chinese gardens in the world. Conceived two decades ago, the first 3.5 acres were opened in 2008 with eight pavilions around a lake. It has been an intense collaboration between American and Chinese landscape designers, horticulture experts, architects, and artisans. The newest features include a shaded pavilion by a stream for those who need a calm space, an area for cultural performances, and the highest point in the garden, the Stargazing Tower (from there you can see the Mount Wilson Observatory, where the legendary astronomer Edwin Hubble worked, a friend of the founder of the Huntington; Hubble’s papers are in its library). Indoor spaces opening later include an art gallery (the inaugural exhibition will feature Chinese calligraphy and visitors will be able to try their hand at it in a studio next door), a casual restaurant with outdoor seating, and an area for festivals and other events. There is a conifer forest on the north end and a bamboo grove will open soon.