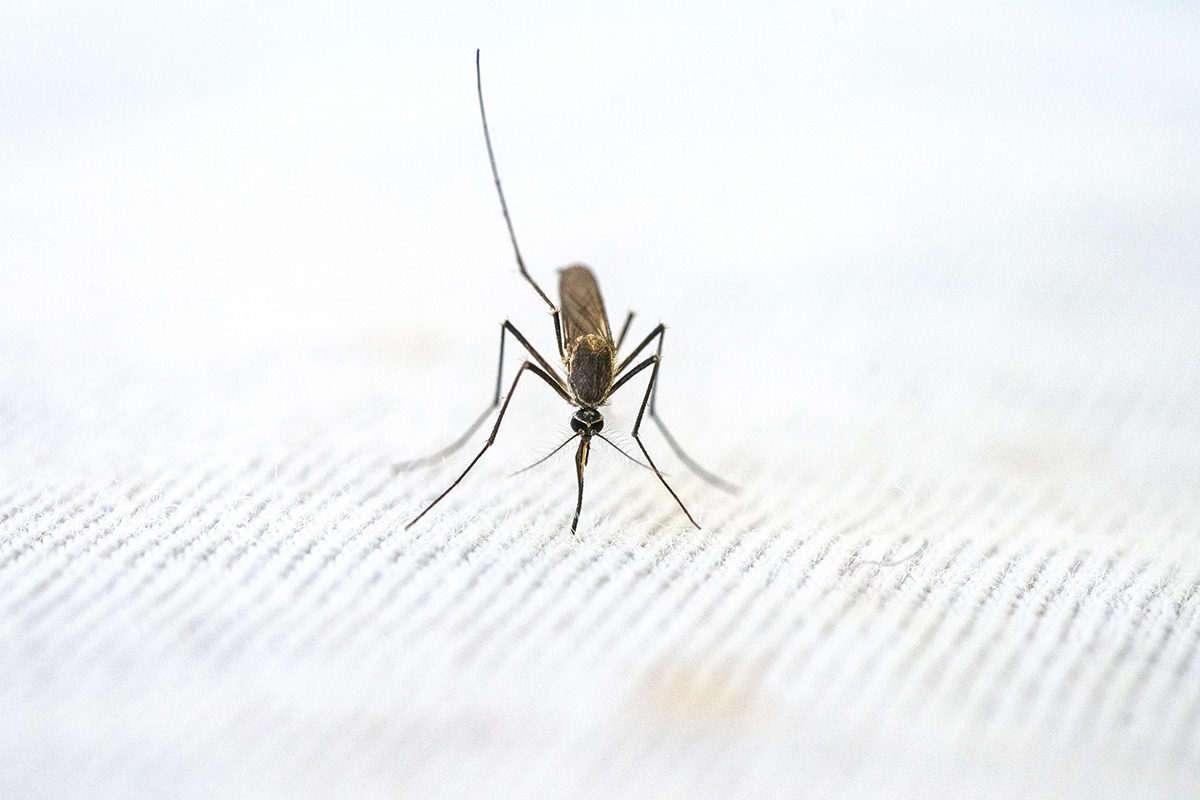 Malaria is a tropical disease that can cause high fever, a shaking chill and nasty flu-like symptoms. It can sometimes be fatal, but there are various treatments for it. It is spread by parasites that can live in mosquitoes, so if a mosquito feeds from the blood of an infected human, it can pass the parasite on the next time it drinks someone’s blood.

Malaria is a serious problem outside of the United States, especially since the COVID-19 pandemic disrupted treatments, prevention and funding. It’s a perennial problem in much of Africa because the temperature allows for year-round transmission. Recently a surge in Pakistan occurred because of the flooding. In Latin America, the uptick has been linked to a die off of amphibians, which means fewer animals that eat mosquito larva and therefore more mosquitoes that hatch and spread malaria parasites.

This happened because, in the 1980s, a fungus that causes the disease chytridiomycosis in amphibians traveled throughout the region. This disease causes thickening of the skin, which can be devastating because some amphibians absorb water through their skin instead of drinking it. In fact, this disease has been implicated in the extinction of over 200 species throughout the world. It has been inadvertently spread by humans, and is found on every continent except Antarctica. It’s been confirmed in the U.S., especially on the East Coast, but only began to have an impact in the 1990s, 10 years after amphibian die-offs began in Latin America, so it is unlikely to have an effect on U.S. malaria levels for now.

The U.S. eliminated malaria transmission in 1951 and it has stayed that way since. This was accomplished by spraying insecticides, better drainage, and removal of mosquito breeding sites. Now, cases in the U.S. tend to be restricted to people who traveled to places where the disease is present without using anti-malarial drugs or who immigrated from those areas. The Centers for Disease Control & Prevention (CDC) collects reports of cases for its Malaria Surveillance System and works within the country for treatments and prevention. The CDC also recommends four essential malaria interventions: insecticide-treated mosquito nets, preventative treatment in pregnant women, preventative treatment in infancy, and interior insecticide spraying. These are currently not needed within the U.S., but they would be used if malaria reemerged. However, the U.S. devotes many resources toward preventing this, and is the largest government donor to global malaria efforts.

There is also hope for combating malaria in the future. New developments like amphibian extinction may give the disease an advantage, but scientists continue to create solutions. In Africa, anti-malarial programs are increasing, which means that less malaria will spread across the globe from immigrants and travelers. Scientists have also engineered mosquitoes that are less hospitable to the malaria parasite, and therefore pass on the disease far less. Also, although there is currently not a vaccine for malaria, researchers in England have very positive results in the creation of one and may have the it approved by next 2023.