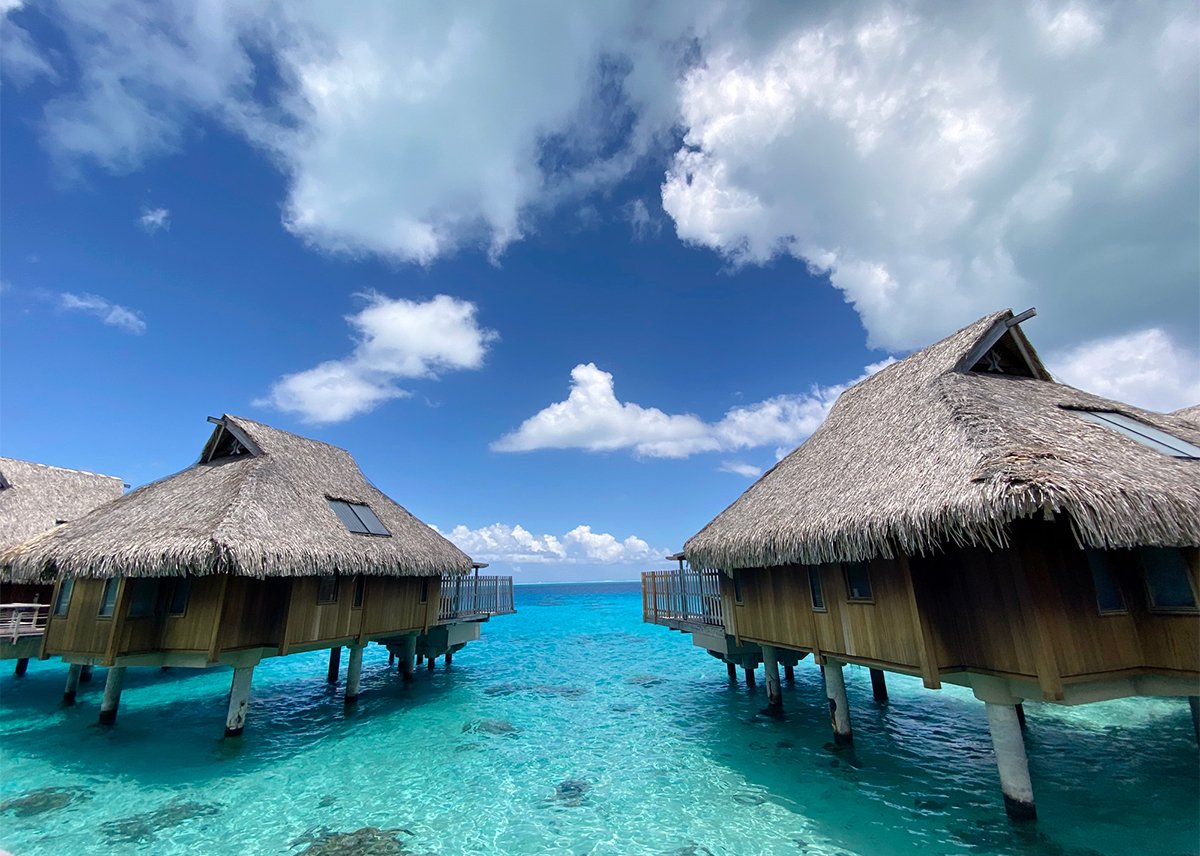 I’m sure it will come to no surprise that since I own a travel company, one of my greatest passions and pleasures in life is travel. So, one of the biggest challenges for me that the coronavirus has presented, is not being able to pursue one of my biggest passions. I finally satisfied part of this deep travel craving by taking a trip to several national parks within the United States in August. I honestly felt so alive again. However, it wasn’t long before I was really desiring to travel again, and this time I really wanted to go outside of the United States. Traveling outside of the United States is just something really special for me.

The problem is, where can I go? So many countries are off-limits to American travelers right now. Many of the ones that aren’t, don’t feel safe to go from the perspective of contracting Covid. I then realized that my number one bucket list destination was ironically also probably one of the safest places that I could visit right now, and that is open to United States travelers: Bora Bora in French Polynesia.

I invited a female friend to join me, and the two of us made a plan to visit several islands. However, this wouldn’t be like other trips I had taken in the past. Because of the coronavirus, there were several procedural things we would have to take care of in order to make it possible.

For starters, we had to get a very special Novel Coronavirus test within 72 hours of our departure date to French Polynesia. It could NOT be the Antigen, Antibody, Self Testing or Rapid Tests of any kind, but rather the thorough test that is sent to a lab commonly referred to as the RT-PCR (Reverse Transcriptase-Polymerase Chain Reaction). One concern I had about a test result coming back within three days of our flight was whether I would get my test results in time to fly. One suggestion is to have your test performed at an institution with an in house laboratory such as a large hospital, which handles their own specimen testing and have quicker turn-around times. I went to the University of Illinois Hospital for my test and it came back negative within 24 hours. We brought the proof of our negative test results to the airport. We had to show this to the agent at the checkin counter. Another tip I have for anyone thinking of doing this, is that you give yourself a little more time at the airport because everyone who is going to French Polynesia right now has to show this proof of a negative Covid test, and checkin takes just a little bit longer.

Now, to go to French Polynesia, you fly into Tahiti, which is an island about eight hours from Los Angeles or San Francisco. The great thing about the flight was twofold. For one thing, flights are a bit cheaper right now. The other thing that was really fantastic about that flight was that I knew that every single person who was on the plane with us had just tested negative for coronavirus within the last 72 hours. I sat in my seat wearing my mask realizing that since corona started I had never been in an environment where I knew that everyone in my immediate proximity had tested negative for the coronavirus. While myself and everyone else on the plane had to wear masks the entire time until we arrive at our destination and into our hotel rooms, I felt so much safer. It was a little bit of a pain and mildly uncomfortable, but it was worth it. Once at the hotel In Tahiti we could for the most part move around the hotel without masks. We only had to have them on in restaurants.

Then there is one more coronavirus procedure that you have to do. You have to take a self administered test four days after your arrival into Tahiti. You conduct an oral test and a nasal test. And you put Q-tips around your mouth and Q-tips in your nostrils until you feel pressure. You then submerge both of these Q-tips into a test tube with a solution inside of it, and place it in a refrigeration bag at the front desk at the hotel where youre staying. At that point in our trip, we were staying in a beautiful property called Le Taha’a on an islet right off of Taha’a Island, about a half hour flight from Tahiti. The hotel then took care of taking the tests to the authorities, and if we tested positive we would have had to quarantine for a week in our luxurious hotel. But, no news was good news and everything was OK with our tests.

We stayed three nights in an overwater bungalow in Le Tahaa, which is a member of the prestigious Relais & Chateau group, and I knew it would be great. It had a bit of a Polynesian rustic chic vibe. We experienced some of the cleanest, clearest water we had ever seen. And the snorkeling in their coral garden was absolutely spectacular. At one point we were in the coral garden and there were so many varieties of fish all around us that we felt like we were in a very abundant aquarium. The fish were very curious, getting within inches from us. The coral garden reminded me of a scene out of the Nemo movie. It was Polynesian coral reef paradise!

To say we spent a lot of time in the water during this trip is an extreme understatement. Everywhere we went, the water was just so clean and gorgeous, it tempted you to jump right in. Our days were spent snorkeling and swimming and our evenings were spent enjoying delicious meals at the property. It was an immensely relaxing vacation but it also involved a bit of self-directed fitness and lots of photography.

After three nights in Le Taha’a, we took the 20 minute flight to Bora Bora which has been my number one bucket list destinations for many years. We arrived at Bora Bora airport and took a high speed boat to the stunningly beautiful Conrad bora bora Nui resort. Again we had an overwater bungalow, and it was absolute perfection. Completely state of the art, massive room, incredible bathroom, and beautiful deck hovering over probably the most gorgeous water I’ve ever seen in my life with views of Bora Bora all around us. At one point, three gorgeous spotted eagle rays came to our overwater bungalow at sunset, and swam around our deck for almost an hour. For a while they floated next to our deck, just feet away I could have reached out and touched them. It was magical.

Every day we woke up and had a massive breakfast, which was included, and then we would do a lot of swimming, diving into the water, kayaking, and simply enjoying lots of beach time and snorkeling. The days just kind of melted away much like our worries.

It is really hard to capture the beauty of Bora Bora in print. Suffice it to say that when you looked at the blue water, the blue was the most beautiful hue of blue you have ever seen. The green of the green mountain was the greenest green possible. And the sand was the softest sugary sand that I’ve ever experienced. Palm trees swayed in the wind, dancing in unison. The breeze was soothing. The fresh water was delicious. My lungs were invigorated. The water was truly the cleanest I have ever experienced and I would not have wanted it 1° warmer or colder. One would think that you would get bored of jumping into the water repeatedly. However  One would be wrong. I could not get enough. When I look back at all my photos, it seems like it is just one photo after another of me jumping into crystal clear water with towering Otemanu mountain in the background.

All good things to have to come to an end, and it was with much sadness that we left the paradise that is Bora Bora, and boarded our flight back to the States. Interestingly, nothing was required for us to do in order to be admitted back into the States. There was no temperature check, there was no Covid test, nothing apparently. They will let pretty much anyone in.

Now in retrospect, something else important about traveling to French Polynesia right now is that rates are much lower than usual. So, it is a great time to go, and also while you are there, it is not very crowded. The only downside is that at every island in French Polynesia, the rates for things like food and drink at the resorts are on the pricey side because they really have to bring everything into the islands. It wasn’t uncommon for something as simple as a club sandwich to be $36 at the resort, taxes and service included. still, I would say it was beyond worth it. I have never felt so energized after a trip like I did coming back from Bora Bora. Normally when I return from a trip, I just want to relax and stay at home for a while, but after this trip I am dying to go somewhere again. I guess the mystery of whether I could fly or travel during the age of the Novel Coronavirus got demystified. Its almost like the travel bug got reignited while I was in Bora Bora and is now wreaking havoc on my senses, infecting me with the desire to travel again, and soon.