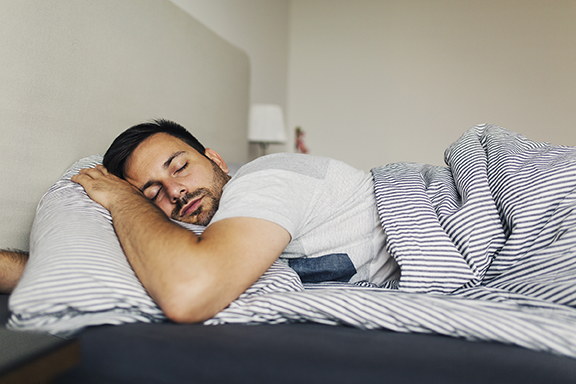 Over 385,000 people, aged 37-73 with none of these diseases were studied in the United Kingdom and found that those with healthy sleep lowered their risk for heart attacks and strokes by a third.  This makes sense that loud snorers who might have sleep apnea (periods where breathing stops which is a form of poor sleep) have more of these diseases.

If you are not rested when you wake up or sleepy during the day, please see your primary provider and look up health sleep habits on the web from famous, authoritative websites like WebMD or Kaiser.

HOSPITALS CLOSED TO BORDER PATROL DUE TO STUDENT PROTESTS

Three university medical centers have ended contracts with CBP and ICE. These are located in New York and Boston. The students protested and they were respected. You might discuss this with friends in San Diego, Calexico, and other border checkpoint stations in California and Arizona.

In a recent study, Italians who ate chili 4 or more times a week died less frequently, especially from strokes and heart attacks compared to those who didn’t eat any chili.  This was independent of eating a healthy diet (which can only add benefits). This is a study of a questionnaire and data from the national health care database. This is not proof of causation, but it is something to think about.

Since it is socially acceptable, patients are not aware or in denial they are at risk. Many who reduce or quit alcohol feel much better mentally and physically.

DEMENTIA FROM OBESITY, NOT AS MUCH FROM DIET OR INACTIVITY

In this United Kingdom study of over 1 million women, midlife obesity was more associated to early dementia compared to lack of exercise or poor diet—although these last two increase health in other ways. Again, this is a database study and is not proof of causation. Probably men have a similar risk. Waistline above 40inches in males and 35 inches in females is associated with strokes and heart attacks.

KNEES INJURED AT AGES 25-34 HAD ARTHRITIS WHEN OLDER

This was a large study. It makes sense that if you have a damaged or are missing a brace or bracket on your car’s suspension that the healthy parts of the suspension must absorb more jolts than they are made for. I injured my knee playing on a Mexican soccer team during medical school about 1978, and am paying for it now.

How to make your injured knee last longer: don’t run, twist, or turn your knee or jog or jump since that puts extreme pressure on the knee.  Of course swimming is the best exercise for the major joints. It is best to use an elliptical trainer rather than a stair climber. Also good is a rowing machine or a weight machine which exercises the muscles without putting pressure on the knees.  Next, cycling is a great exercise with smooth knee motion minimizes straining the knees.

As of late December when I am writing this, the season is several weeks early this season. There have been 3.7 million cases, 32,000 hospital admissions and 1,800 deaths in just a few weeks (2 years ago number of deaths for the entire season was 80,000, and last season ~50,000. As a reminder, the flu shot is supposed to prevent the 3-4 killer flus expected to arrive and do not protect you against other flus or colds.  Getting the flu shot every year protects you and those around you and your protection will last for years, so the immunity to many viruses if you get the shot each year will protect you for years—although a new flu shot protects you from the 3-4 flus thought to be lethal this year.

visit the emergency departments in the US. The bacteria in the animal’s (or human’s) mouth are the main concern. The bacteria are injected deeply which makes the wound hard to clean. A sharp needle-like bite(like a cat’s) is like injecting bacteria deep into your skin, finger joint, tendon, bone, or ligaments. The provider looks up the animal and gives the antibiotics that will kill those bacteria. High pressure irrigation and surgery is sometimes needed to not lose function, e.g. hand and finger wounds. Bites become infected frequently and the pus must be drained. Human bites can transmit Hepatitis B and rarely HIV and Hepatitis C unless the biter was bleeding. There is a treatment to prevent Hepatitis B. If the tetanus shot is not current, then they will get the shot and a prevention medication. Consider rabies, especially from raccoons, skunks, foxes, and bats. Snakes can have venom on top of the usual puncture wound problems.

SET BACK FOR ONCE A MONTH ANTI-HIV INJECTION

The double combination for an injection against HIV every month or two was not approved by the FDA. The 3 companies cooperating to study and bring this to market will be addressing the FDA’s concerns which were not listed in publications I’ve read so far.