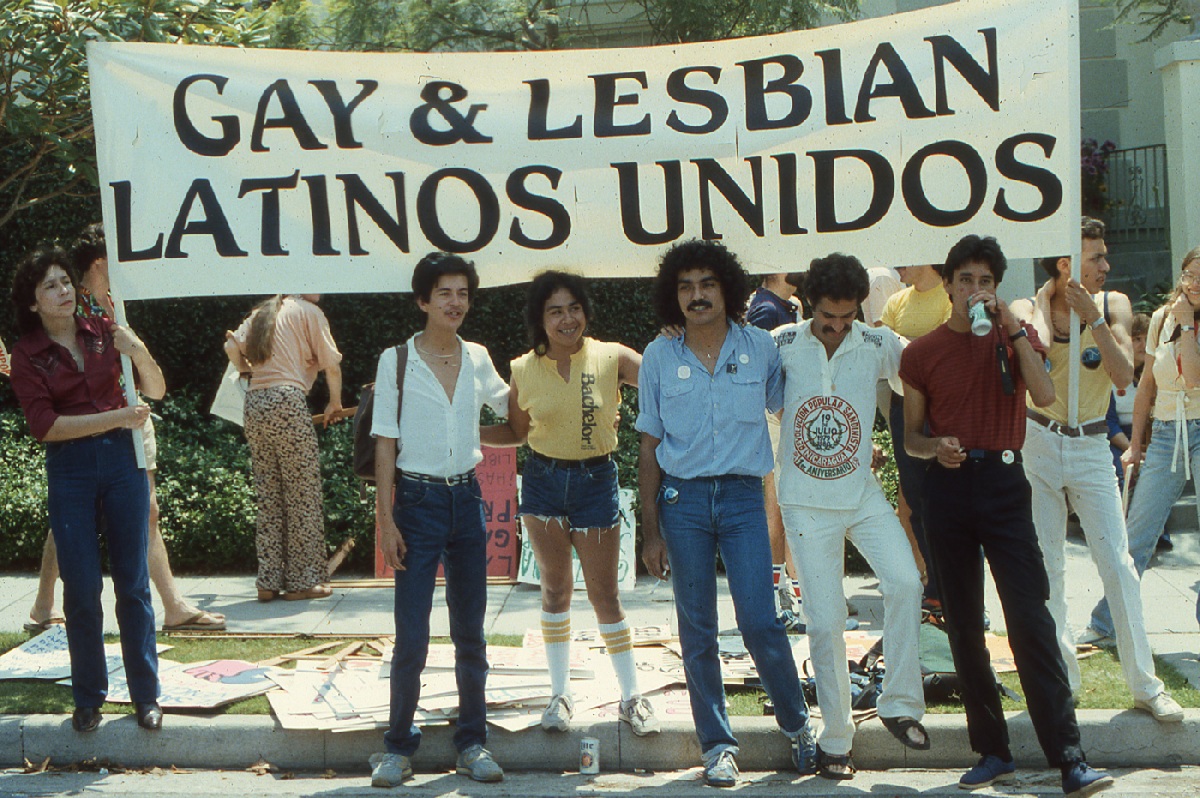 It’s National Hispanic Heritage Month. Personally, I don’t identify as Hispanic, but if Latinos are going to be given a token month to recognize our culture, history and contributions, October is an exciting month to celebrate those influences. LGBTQ Los Angelinos that want to know more about their Latinx lavender roots, can catch two provocative documentaries playing in local film festivals and on PBS television.

The annual Highland Park Independent Film Festival is screening Gregorio Davila’s “Unidad: Gay & Lesbian Latinos Unidos” on Saturday, Oct. 8. Gay and Lesbian Latinos Unidos (GLLU) was founded in 1981, only a couple of years before the HIV/AIDS pandemic began to ravage LGBTQ communities. GLLU was the greater Los Angeles area’s first major Queer Latin@ organization, and the film chronicles events surrounding GLLU at a pivotal time in the history of LGBTQ equality, women’s rights, and civil rights’ movements. The trajectory of this Latin@ Pride movement—a story that has never been told before in film and rarely mentioned history books—left a rich leadership legacy that has barely been explored and includes the founding of statewide and nationwide organizations.

Unidad is also screening at the East Los Angeles Film Festival on Oct. 1.

The PBS channel is also doing their share of celebrating Latinx Month by broadcasting Davila’s other award-winning documentary, LA: A Queer History. This past September, LA: A Queer History won the cultural feature award at the 54th Annual Public Media Awards. “After 10 years, of work, and lots of rejections, this feels very validating,” said Davila on his Facebook page. “So many folks helped us along the way, but I especially want to congratulate my producing partners Mario J. Novoa and Richard Xavier Corral for their all their work and dedication.”

The two-part series was originally aired back in June for Pride Month, and is back for another round of broadcasts. The documentary takes an in-depth look at why Los Angeles became the LGBTQ mecca of Southern California, beginning with the gay-friendly film industry in the 1920s, the massing of service men and women during World War II, and the foundation of the Matachine Society in the 1950s. What’s refreshing about this documentary’s message is that it emphasizes that there was a movement prior to Stonewall (which most LGBTQ historians still recognize as the birth of the gay movement). Davila helps put that tired theory to rest. The Los Angeles Black Cat protest in 1967, along with the Compton Cafeteria riots up in San Francisco, 1966, predate the 1969 Stonewall uprising by several years.

Davila captures eyewitness accounts of how undercover police raided the Silver Lake bar on New Year’s 1966, and beat up the employees and patrons. One female bartender had her collar bone broken. To protest the police brutality, 200 brave lavender souls protested in front of the tavern on Sunset Blvd with picket signs for five days. In 1967, It was still against the law to be a practicing homosexual and being arrested could mean the loss of a job, career, family and even institutionalization. If the Black Cat protest had petered out with nothing being accomplished in terms of activism, then yes, Stonewall would be the turning point in America. Davila’s film, however, demonstrates that the Black Cat protest was a turning point for self-awareness for LGBTQ Los Angelinos.

The filmmaker also uncovers how West Hollywood discriminated Latinos, African Americans and women from entering its most popular disco, Studio One. This lack of inclusion of Latinos gave way to iconic club venues such as Circus, Arena and Catch-One for people of color. It was a bold move for Davila to take a critical look at how the gay white establishment discriminated against LGBTQ people back in the late 1970s and early 1980s.

Davila became inspired by LA’s gay history after reading an article about the Black Cat protests. He claims the defiant demonstration intrigued him because it happened three years before Stonewall. “I kind of ended up going down the rabbit hole and uncovering a lot of other Los Angeles queer history. It just snowballed from there, I kinda got obsessed with it,” recalled Davila. That obsession was ten years in the making. Davila explains some of the reasons his film took so long to complete. “It just ended up being a much bigger story than I thought it was going to be. Independent filmmakers aren’t backed by any studio or money. We were just trying to raise money. When we had funds, we worked and when we didn’t have it, we didn’t work.”

In addition, the director would interview someone, and then that person would give him four or five names of other people who were part of the story. Researching archival footage was also a time-consuming aspect to making the documentary. Clearly, Davila’s time and patience has finally paid off with two award-winning films.