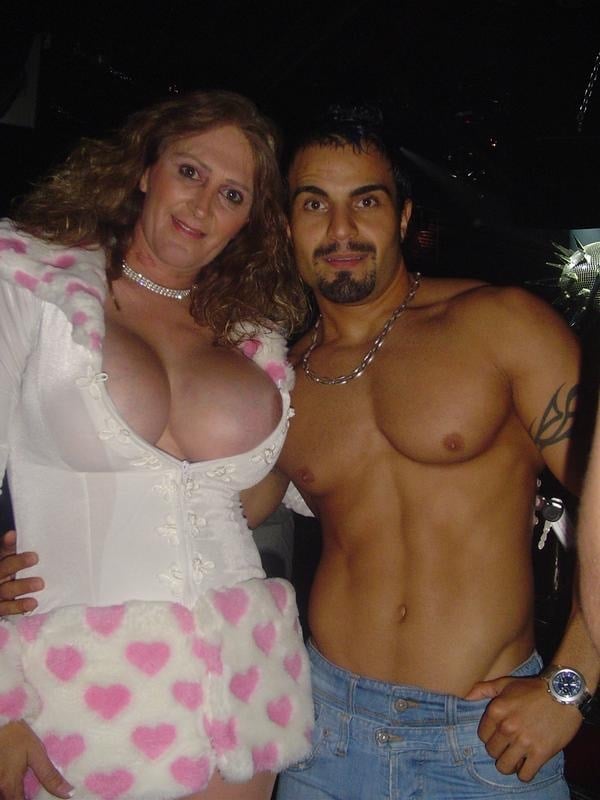 Mother Delicious, aka, Don Kendall has gotten married with Ramón Zapien in a ceremony last month in Tijuana, Mexico. Kendall and Zapien were among 1,000 other couples, straight and gay getting married that day in Tijuana’s first large scale ceremony where LGBT couples were included. There were about 20 other gay couples in the group.

Ramón Zapien was born in Mexico and lived in the United States until the age of 10, then relocated back to Mexico with his mother. Ramón is a well-known celebrity impersonator of various Latin artists, such as Juan Gabriel. He also works at a gym. “He is very talented and sews and makes all his own outfits for performances,” says Kendall. He performs in different gay clubs in Tijuana including the L-Club as well as for private events.

Mother Delicious, once a well-known performer at Circus and Arena nightclubs, Kendall was the headliner at Delicious Hip-Hop at Arena Nightclub in Hollywood from 2008 till about 2014. Mother Delicious was the hostess and known by thousands of club goers and loved by many Latin performing artists.

Kendall says she and Ramón talked about getting married for the last two years and they were going to do it in Mexico City. However, when Tijuana began marrying gay couples it provided them the opportunity to move forward with it easier and quicker, given Ramón lives in Tijuana.

Adelante: Do you think people are really become able to accept?
Kendall: There are still people that have their ways of thinking but its more acceptable now. I’m glad Mexico has come around and realized it is their laws that need to change now. Mexico is probably a little more progressive than some states in the United States.

Adelante: Do you have any special plans for you both in the future which you’d like to share?
Ramón: Yes. Living together and sharing more time would be great. Because of the distance and his work, it is difficult to see each other more often, that’s why when he comes to see me in my city, I greatly enjoy it, but my future plans are to live together.

Adelante: What kind of a partner do you believe you will be in this marriage?
Ramon: Affectionate, kind, understanding and above all, respectful, since we both share a passion for art and entertainment and that made us more attuned and understand each other since we met.

Pictures: Kendall and Ramon on their wedding day. With Lola of Club Papi. With Lola and Gloria Trevi circa 2007 in San Diego. The Pink outfits with the hearts were the signature look for Mother Delicious.