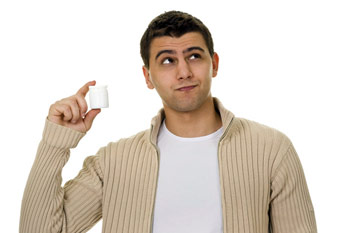 Those of us in the field of HIV have been scratching our heads for the longest time trying to figure out how to curb the spread of this devastating disease. For nations like the United States with access to resources, however plentiful or scarce (depending on makes the argument) we implement scientifically-based “effective” HIV prevention interventions, conduct one-on-one risk-reduction counseling sessions, offer free rapid HIV testing, provide mental health services, support groups, and community gatherings, to name a handful of strategies. Pretty much everything is incentivized and we practically beg people to be safe. Not for the sake of the health and protection of others, but their own. Yet, the rate of infection is out of control. As we have arrived at the eve of desperation, we are about to unleash what I fear could be one of the worst prevention methods in the history of HIV: Pre-Exposure Prophylaxis (PrEP).

With close to forty million documented cases of HIV infections worldwide, and just over four million of new infections each year, even a math beginner can put two and two together to realize that this is a huge health problem. Knowing that unprotected sexual contact is the most common way of HIV transmission, proposers of PreP have their fingers crossed that this preemptive measure will aid other prevention strategies to reduce the number of new infections.

By definition, PrEP is any medical or public health procedure used before exposure to a disease causing agent, with a purpose to prevent, rather than treat or cure a disease. PrEP is not a novel concept. It is a method implemented to a healthy person who is not thought to have the disease, but is at risk for contracting it. The most common example to understand the mechanics of PreP is malaria. Those who are exposed to areas where malaria is a health hazard take proper measures to prevent exposure.

PrEP is currently being implemented to prevent the mother-to-child transmission of HIV. Along with C-Section delivery and no breast-feeding, preventing infection has been successful.

While proponents of PrEP use the childbirth argument to make a claim that it can also be implemented with at-risk populations for HIV, especially Men who have Sex with Men (MSM), they are not taking into consideration the dangerous road we are paving ahead for a population who, as it is, is disengaged in active condom use. Under its current approach, it is being proposed to prescribe HIV medication to HIV negative individuals in the event that they engage in a risky behavior that exposes them to HIV. This practically gives them the green light to replace personal responsibility with a pill.

PrEP has been equated with the morning-after pill to prevent pregnancy. While I am not here to debate pregnancy prevention measures, unprotected intercourse opens the door to ANY Sexually Transmitted Infections (STIs). And yes, those are out of control too. Additionally, I would add that, in these days where HIV has shifted to infect more heterosexuals, I would encourage sexually active women to expand the focus beyond just being worried to get pregnant. Equally with men, both should address the behavior rather than just the outcome of it.

Studies have shown that the key factor in the effectiveness of PrEP is ADHERENCE. Knowing that positives struggle HIV medication adherence, I can only assume that it will be that much worse for negatives. According to one study, even with a higher than ninety percent adherence, PrEP only yielded sixty-eight percent efficacy in protection. That leaves a scary thirty-two percent window of opportunity to get infected. On the other hand, less than fifty percent adherence only yielded a mediocre sixteen percent efficacy. The real risk over the perceived advantage is not worth it.

Lastly, PrEP takes away focus from addressing a larger and far more concerning issue. There is an approximately sixty percent of HIV positive people who are waiting to receive treatment. This includes people in the United States, where some states have waiting lists of people who are in need of medication, but are not getting any.

I have sat in meetings where service providers have expressed concerns about the negative consequences and potential damages of PrEP in communities at-risk to get infected with HIV. And what is even more concerning is that, some have just shrugged their shoulders and said, well, it’s already here, so now we just have to deal with it. That’s a terrible response. We cannot afford to just sit back and watch the train wreck right in front of us. Too much is at stake.