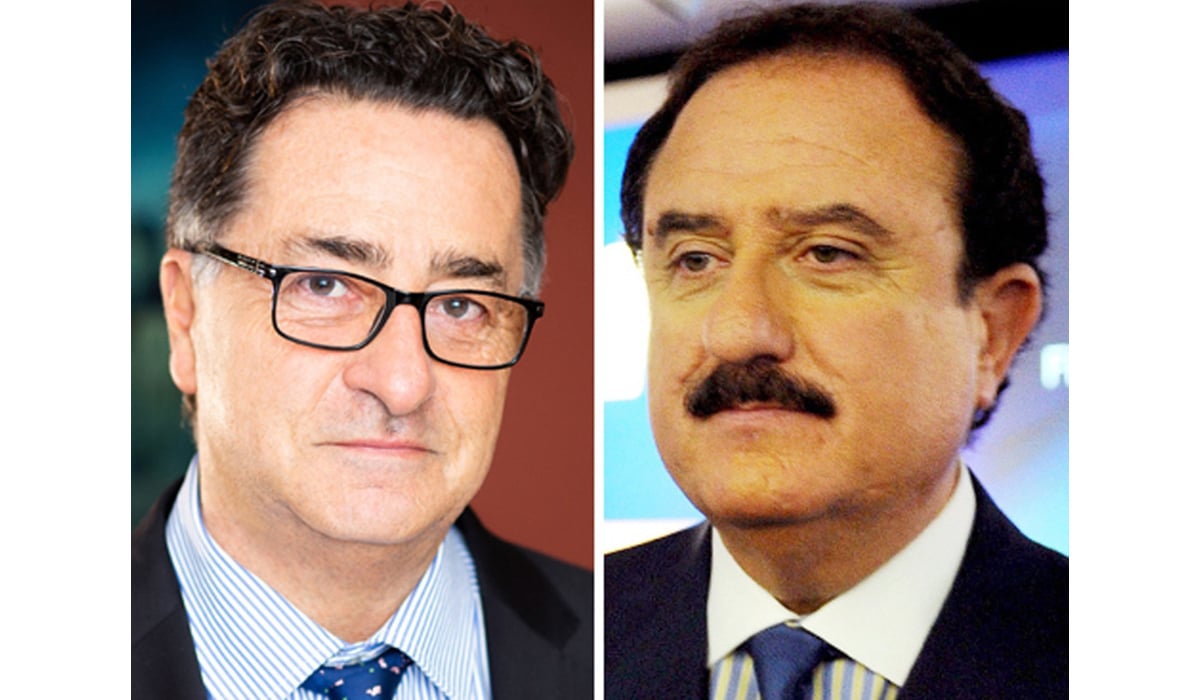 There’s a new reboot in town. We’ve had Friends, Will and Grace, Roseanne and now -The Brothers Garcia. The Garcia brothers and their sister are all grownup, married and have kids of their own and still living in San Antonio. In 2000, the series premiered on Nickelodeon and ran for four popular seasons. Co-creator and Executive Producer Jeff Valdez admits that many of those original plot lines were based on his experiences as an adolescent, which gives the show its authentic adolescent humor. HBO MAX will air 10 episodes of The Garcias in December with six-core original cast members set to reprise their roles, which includes, Ada Maris (Sonia Garcia), Carlos Lacamara (Ray Garcia), Alvin Alvarez (Larry Garcia), Jeffrey Licon (Carlos Garcia), Bobby Gonzalez (George Garcia), and Vaneza Pitynski (Lorena Garcia).

John Leguizamo narrated the original series as eleven-year-old Larry, the youngest of the Garcia brothers, who reminisces about his life alongside his three siblings and the way they deal with everyday problems in San Antonio. The Brothers Garcia is similar to the nostalgic ABC series, The Wonder Years (yes, that’s just been rebooted too, but they’re a black family now, which is really just another version of Everybody Hates Chris).

One interesting cast addition to the reboot is Kim (Carmen Carrerra), who takes over Sonia’s beauty salon when the matriarch retires. Carrerra, a transgender woman and activist, is known for appearing on the third season of RuPaul’s Drag Race. It should be interesting to see how Kim’s character develops.

Always pushing the envelope, Executive Producer Jeff Valdez made television history back in 2000 with The Brothers Garcia because it was the first English-language sitcom to have an all Latino cast with a Latino creative team behind the cameras. As great as that sounds, it’s actually unfortunate that it took this long for the television industry to green light a comedy about an American Latino family (Resurrection Blvd premiered on Showtime the same year, but was a drama). Yes, we have a Latin revamp of One Day at a Time (no comment), but back then there weren’t any Latino sitcoms that were driven by Latinos, before Valdez took the comedic helm of his passion project in 2000.

By proving to television executives that viewers would embrace a show featuring an English-speaking Latino family, Valdez’s victory on Nickelodeon helped pave the way for such successful sitcoms as The George Lopez Show (2002) and Ugly Betty (2006). Salma Hayek sat in the driver seat as Executive Producer for Ugly Betty, along with creator Silvio Horto (R.I.P.) and producer Pepe Tamez. Even with the success of the Brothers Garcia, Lopez and Ugly Betty were both mammoth undertakings to get on the air because the networks were still not convinced that Middle America was ready for assimilated Latino families, despite consumer demographics proving otherwise.

As of 2019, the Census Bureau estimated that there were almost 60.5 million Latinos living in the United States, making it 18.5% of the overall population and contributing to $2.6 trillion of the Gross National Product. Sixty-six percent of Latinos are born in the U.S. and 92 percent speak English. In a recent survey, 65 percent of U.S. Latinos say they are not represented in film and television. So why are there so few Latinos on television?

Valdez explains that from a good business standpoint there should be more Latino programming. “There is absolutely no business argument that anybody could make as to why you wouldn’t just bend over backwards to make this happen,” says Valdez. “The Latino community is the new mainstream,” he adds. “Everything from the GDP growth, to the (Latino) population growth, the consumer buying power to brand loyalty.” Valdez criticizes the program decision makers for not seeing the obvious and only seeing Latinos as Spanish speaking immigrants and gang members. He believes those executives are the ones that haven’t bought into the idea that Latinos are mainstream enough to support a weekly show or feature films.

Valdez and Sol Trujillo co-founded New Cadence Productions in 2018, a U.S. television and film content creation studio, with the intention of promoting Latinos and their role in the media. New Cadence Productions has since partnered with Warner Media on a multi-year first look deal. The studio’s first project is the 2020 HA Comedy Festival that took place in San Antonio, and is currently available to stream on HBO Max.

Production for Brothers Garcia just wrapped in Puerto Aventuras, Mexico. Shooting had to take place outside of LA, because there were no sound stages available due to the pandemic. However, Valdez took advantage of being in Mexico as he was able to make a storyline connection to the Garcia’s heritage by having the children, now adults, gather with their parents for a summer vacation in a fancy beach house. “I know the executives were thinking, ‘Latinos don’t have big houses like this,’” laughs Valdez.

“We are really excited with our large cast and they truly reflect America as it looks today.” Valdez knows the value of having Latinos represented in all areas of the media. If young people have role models that look like them or come from similar backgrounds it gives them a sense of belonging, a connection. “The stories and characters are not cookie cutter stereotypes,” said Valdez. “Since the show is serialized, audiences will be able to follow and embrace the fun and complex characters in our slice of life show.”