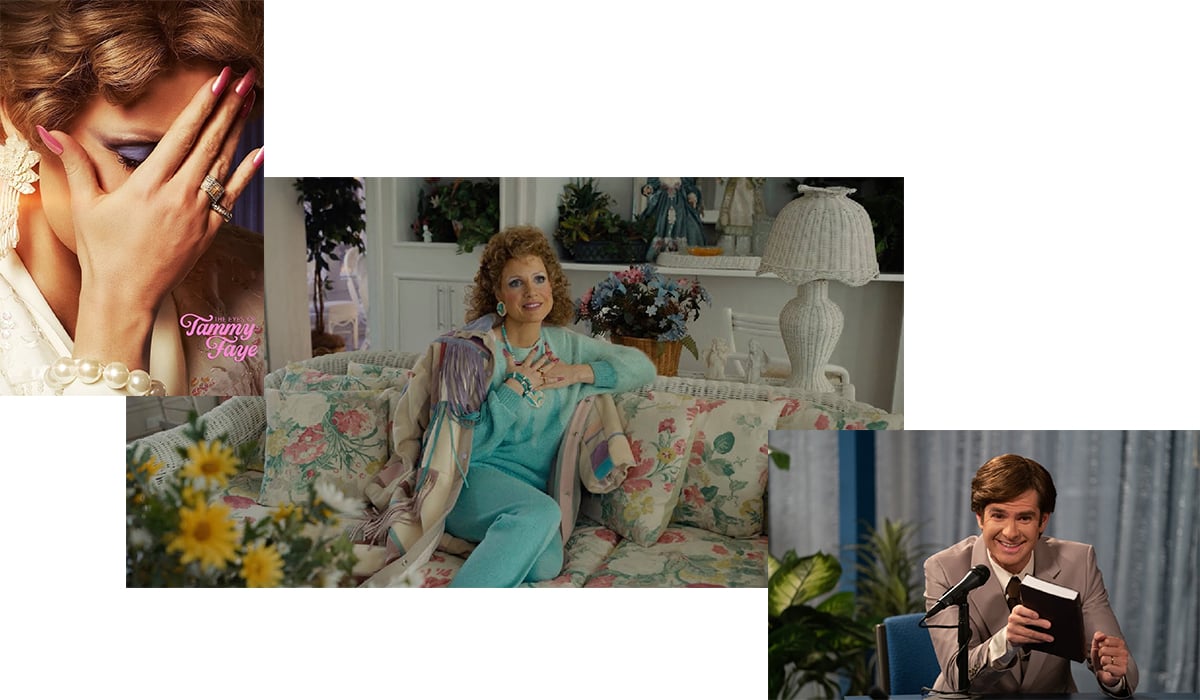 I did not know much about Tammy Faye Bakker until I recently saw the movie based on her life “The Eyes of Tammy Faye.” I remember her and her husband the Preacher Jim Bakker from the 1980s and 1990s. They had a huge following and television audience around the world and at its height, they are said to have had more than 20 million viewers around the world.

The couple’s television shows coincided with the early days of the AIDS epidemic. Tammy Faye was well-known for wearing dark, black eye liner and mascara, long and thick eye lashes as well tattoo outlined around her lips. Her face make-up was almost caked on. She was very bubbly. At that time in the mid-80s during the HIV crisis, the mainstream religious community was very much anti-HIV people, anti-LGBT and regularly expressed anti-HIV/AIDS views in public and in the media. Many argue it is still this way today but if you can imagine, it was even worse back then at that time. These positions by organized religion made the situation of AIDS very difficult for persons connected to religion or living in religious areas and families. People reported being shunned by friends and family and having to leave towns where they grew up to get away from potential harm given they had AIDS.

Breaking ranks with organized religion at that time, Tammy Faye conducted an interview with a gay man living with AIDS in front of her huge global audience. The interview was in 1985 with AIDS Activist Steve Pieters. When Tammy talked to him on camera, she was not critical of him, his condition or his lifestyle unlike the usual preachers at that time. She did not conduct one of those “gotcha” interviews, but rather introduced a person with AIDS and openly gay to the audience of millions in a decent and respectful way. She posed a question to her listening audience challenging them as to why the organized church or families would turn away from people who were sick and dying of AIDS, just as they needed their families most and asked them to look deeper into the issue. After this famous interview, Tammy Faye received substantial criticism from religious leaders for doing the interview and associating herself and her church with a person who was gay and had AIDS. It would be the first and last interview she would do live on TV with an AIDS patient. Many in the gay community and the AIDS community became endeared to Tammy Faye because of this interview and she became some what of a famous person within the community after that. Many feel, myself included that her interview helped bring awareness of the disease at that early time of the epidemic within the organized church.

The Movie, now available on-line is called THE EYES OF TAMMY FAYE and is an intimate look at the extraordinary rise, fall and redemption of televangelist Tammy Faye Bakker. In the 1970s and 80s, Tammy Faye and her husband, Jim Bakker, rose from humble beginnings to create the world’s largest religious broadcasting network and theme park, and were revered for their message of love, acceptance and prosperity. Tammy Faye was legendary for her indelible eyelashes, her idiosyncratic singing, and her eagerness to embrace people from all walks of life. However, it wasn’t long before financial improprieties, scheming rivals, and scandal toppled their carefully constructed empire. The film is Directed by Michael Showalter and written by Abe Sylvia.

The movie is worth watching. You can also do a YouTube search to watch the real interview with Tammy Faye and Steve Pieters, the person with AIDS. It will take you back to what the world was like then and you will see how straightforward Tammy’s interview was and how it must have been received at that time.