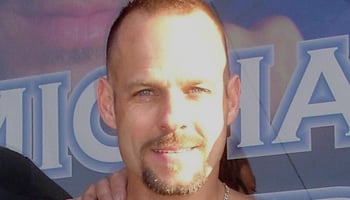 This month the Frat House in Orange County celebrates 25 years. They are planning a huge celebration with Michael Brandon, director, producer and adult film industry star on June 23, and with famous Mexican singer Beatriz Adrianna on Friday, June 25.

Originally employed at the famous DLK West, he eventually opened the Rumor Has It that operated from 1977 to 1984. He started the Frat House in September 1984. We had the pleasure of meeting with the Founder and Owner Ted Heier about this milestone and in general about his experience in the nightclub business.

Adelante: How does it feel to be celebrating 25 years at the Frat House?
Ted: Like we just opened yesterday! Things have been just great!

Adelante: What caused you get into the nightclub business?
Ted: I was a door to door sales man and actually went to school to be a teacher. But I decided I did not like teaching, so I went into sales. I was living a closeted life, married to a woman. I later found out that my wife knew all along I was gay but did not say anything to me.

I started going to a gay bar in 1972 called the DLK West. It was famous as the place where seven clients of the club were arrested by the police for being gay. Back then it was practically illegal to be gay and for men to show affection to each other in public. It was a very different time.

Adelante: Many of our readers don’t remember those times.
Ted: I would assume that. Today we take for granted how things are so open. However, it was not long ago in the 1970s that gay men used to be harassed by the police just for being gay. They considered it to be some type of lewd conduct.

Adelante: How was it living through that time?
Ted: I knew the police were around but, I never did anything so I did not worry about it. You know back then a teacher could not be gay. Today, it’s much different. In fact, the local authorities that I talk with say they wish all the bars were like the Frat House!

I was finally hired as a bartender at DLK West and worked there for a while. I was such a good bartender and people wanted to see me in the business. After I left there I got an idea that I wanted to start a bar. I told a few people and my friends would come up to me and say “rumor has it” you’re opening a bar?” So eventually when I opened my first bar and I named it “Rumor Has It”.

Adelante: You said you were married.
Ted: Yes and I have two daughters that are very supportive of my lifestyle. In fact my youngest is my secretary and handy person, every thing I was 30 years ago! I’ve lived in Huntington Beach since 1973 and over the last 20 years I have had one relationship for 10 years and a couple others for a few years.

Adelante: When did Rumor Has It close?
Ted: Rumor Has It’s Last night was New Year’s Eve of 1984.

Adelate: How was it in 1977 to own a gay club in Orange County?
Ted: At times it was cat and mouse between us and the police department. But that has changed significantly and actually by the end of our stay at Rumor Has it, they became very supportive.

Adelante: When you moved to the Frat House location, why did you not just keep it the name Rumor Has It?
Ted: I never thought about it. Other than I could not have the 18 and over crowd any longer, because the license changed to 21 and over.

Adelante: How has the club changed over the last 25 years?
Ted: Well, it has gone from all White to predominately Latino and I’m in Heaven! The music has changed and I liken the Frat House to La Super Estrella with a good mix of music.

Adelante: What makes the Frat House unique?
Ted: The friendliness and I take pride in our nightclub and I instill in my employees that we are there for our customers. They pay for our living and we owe them our attention and gratitude. We have a good mix of regular and new customers and the average age at the club is 28.

Adelante: Who came up with the name Frat House?
Ted: I did. Because the 18 year olds that used to go to Rumor Has It were now all college age. I figured Frat House made sense.

Adelante: What do you want our readers to know about the Frat House?
Ted: It’s a friendly place to come and bring your friends and meet new friends. Everyone is welcomed, including families of your readers that want to come in and have a good time. It has a friendliness you don’t around much any more and it’s not cliquish.

Congratulations to Ted and the staff of the Frat House on 25 years!