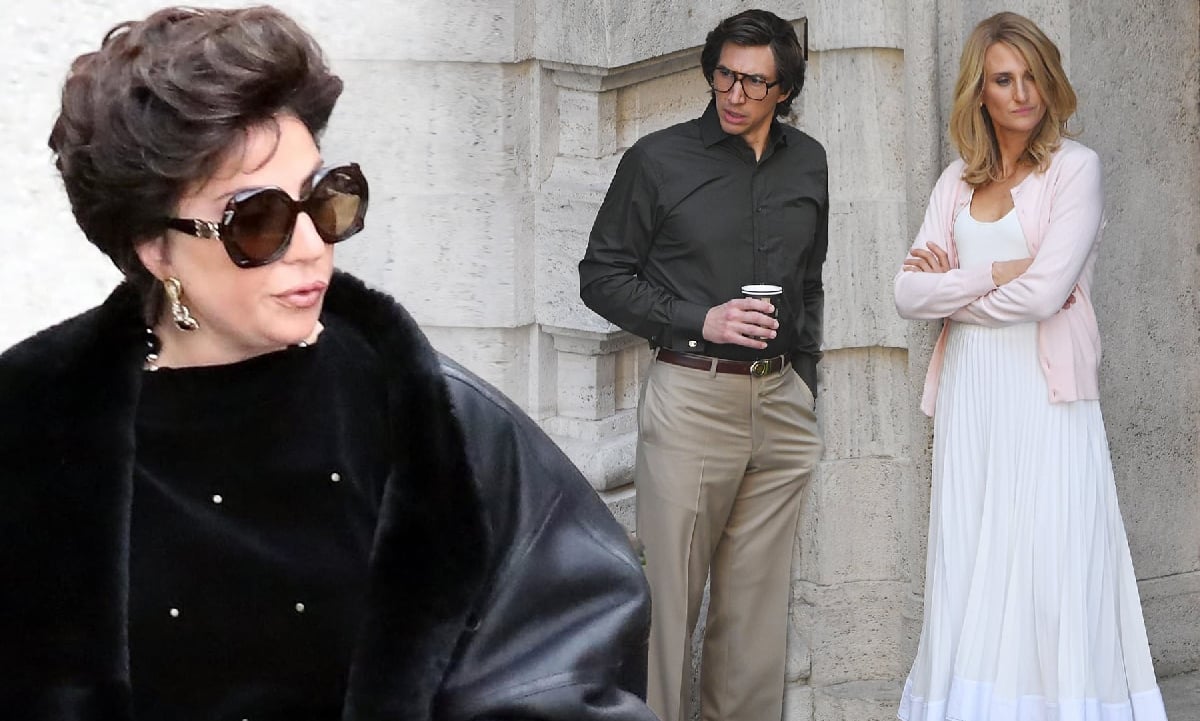 If you haven’t had a chance to see any of Hollywood’s holiday releases: West Side Story, Spiderman, or Encanto you still may want to catch at least one of these studio blockbusters before they shut down all the theatres again. Even though vaccination cards are required, as are masks, that may still not be enough precautions as the Omicron variant is on a rampage through California.

However, if you still need a quick flick fix, my pick is House of Gucci. Lady Gaga throws herself into the method acting abyss with this sweet and sour venomous role of a life time. Gaga is running with the big boys of Oscar winners now: Pacino, Leto, and Jeremy Irons, but she holds her own.

Based on a true story, by famed director Ridley Scott, this biopic tends to stay a little closer to the facts more than other Hollywood bastardizations of true-life crime dramas. The plot revolves around Gaga’s character, Patricia, who meets Maurizo Gucci (Adam Driver) at a party and worms her way into his heart and the core of Gucci’s dysfunctional family. Al Pacino plays Aldo, the brains behind the international success and fame behind Gucci’s name. Even though the company was founded by Guccio Gucci in 1921, it was his son, Aldo who took it beyond Italy and into America where movie stars and the ultrarich snatched up status symbol leather handbags and other luxury accessories during the 1950s and 1960s. Gucci was not known for designer couture, yet. That would happen when his nephew, Maurizo, hired designer Tom Ford in the 1980s.

Adam Driver, plays the quiet, reserved, conniving nephew who backstabs his uncle Aldo (Pacino) and snatches the company from under him. Of course, the last time someone double crossed a Pacino character, Fredo got whacked in The Godfather. However, Maurizo’s downfall is not by Aldo, but by his own ambition and a megalomaniac wife. Patricia’s not just content on spending the Gucci fortune. She wants to be a major player and tires to seductively muscle in on Aldo’s tight control of the company’s reigns. She nags Maurizo to do this and do that to make Gucci bigger than it already is. As Maurizo’s own zeal for power increases, their marriage suffers.

What’s disturbing is that Aldo favors Maurzio over his own son by inviting him to take part in the family business. Aldo also takes a liking to Patricia and treats her better than her own father-in-law, Rodolfo, played by Jeremy Irons.

Maurizo’s father disowns him for marrying the gold digger. Rodolfo Gucci is the Norma Desmond of the family, a reclusive silent film actor who watches his old movies (all two of them) over and over again on an old projector. His claim to the Gucci fame is a single silk scarf that he designed decades prior and keeps on prominent display at his mansion on Lake Como.

And then there is Jared Leto. The actor is unrecognizable as the fumbling, buffoonish eccentric, potbelly Paolo, son of Aldo, who looks almost as old as Pacino. The makeup is an amazing transformation, but to have him look as old as Pacino is an odd choice to make. Paolo is the poor put upon no talent in the family who believes he’s a creative genius, a misunderstood designer, who’s yet to make it in the fashion world. Aldo thinks his son is a creative halfwit. In Paolo’s defense, he did come up with the branding concept of the double GGs in the Gucci trademark.

Paolo asks his Uncle Rodolfo for financial backing for his own clothing line, but Rodolfo cruelly rejects Paolo’s dream and dismisses his nephew as a medicore simpleton. After his uncle leaves the room, Paolo takes a piss on Rodolfo’s sacred silk scarf. After years of being cast aside like an old Gucci shoe, or at least, last year’s model, Paolo takes revenge on his father by dropping a dime on him to the IRS. Aldo goes to prison for tax evasion and loses control of the dynasty. When he’s released from prison, Aldo tries to reclaim his company, but is forced to sell all his shares to Maurizo’s new investors.

As the Gucci House of cards begins to fall apart, Maurizo has an affair with an old flame he meets up with in the Swiss Alps. Things begin to unravel quickly, as Patricia’s onto this little charade of Maurizo and his mistress. Patricia consults a psychic friend, Pina, played by Salma Hayek, for guidance. Although it’s a small part, it’s a crucial one as Pina becomes Patricia’s link to her fatal attraction obsession for justice.

Gaga will probably get another nomination for her portrayal as the black widow in designer stilettos. Gaga’s character is a sympathetic one, a charismatic social climber who’s jilted, broken, desperate, then turns vengeful. The real Patricia supposedly was bit of wicked mess before she went to prison. Some say it was because she had a brain tumor removed and it left her cuckoo in the head, but in reality, she was probably already pretty rotten to the core.

Despite the story being fairly accurate, the real Gucci family members, including Patricia, are disappointed with the portrayals. Tom Ford, who got his start with Gucci, referred to the film as an SNL skit with over the top acting. In spite of all that, the film is really about betrayal on every level that involves every major character, and in the end, nothing good can come of that. The Gucci’s could have given the Sopranos a run for their designer footwear.