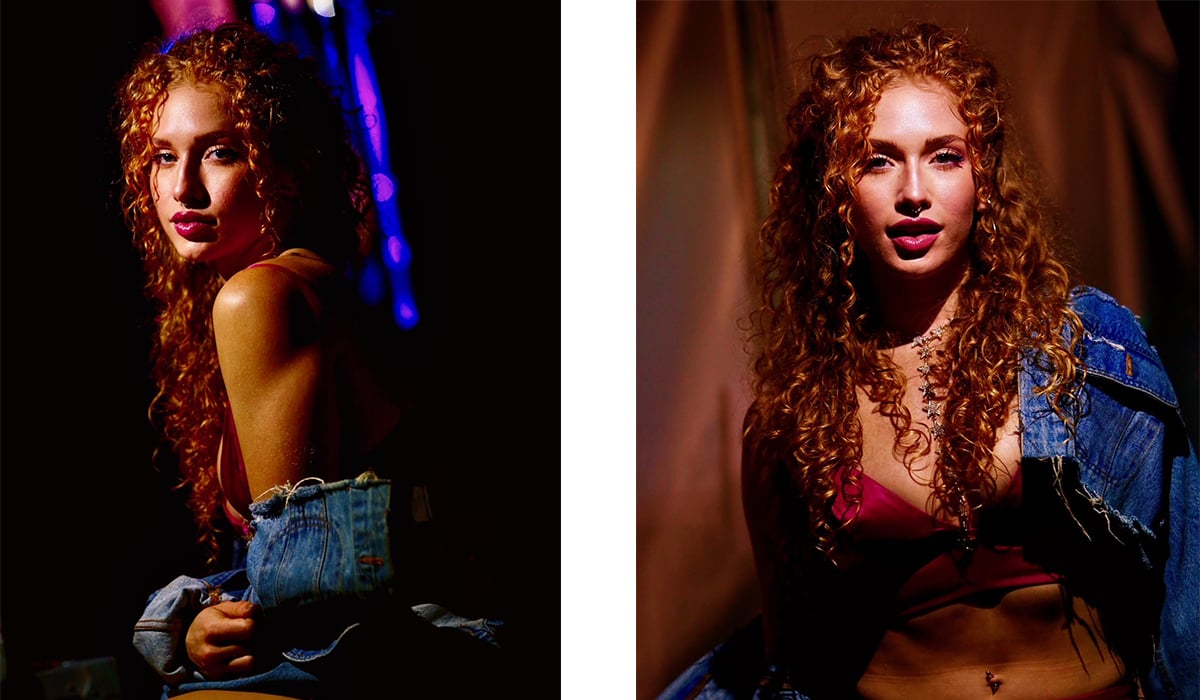 It was 2013 when the last local Lesbian bar in West Hollywood called Palms closed its doors and turned out its lights. Palms first opened in 1957 as a local hang out straight dive bar, becoming an official girl bar in the 1970’s, but it was Elisabeth Sandberg who saw its closing as an opportunity to replace it with a real need for LGBTQ and BIPOC to establish a safe respite for our community. The collective group was finally born by all means necessary and was christened in 2015 as the L-Project. Sandberg would retire from the board in 2018, but its community organization would go on to flourish, giving birth to a multi-cultural organization whose mission, cause and objective was to promote Lesbian Art and Culture.

But like the song says, ‘morning has broken’, where today Militia groups have begun to change the face of Amerika the Beautiful, to Amerika the Ugly, where its violent factions have begun to spew the darkness of violent rhetoric directed against the LGBTQ community. On June 11, 2022, members of the Patriot Front were arrested after they were discovered by the Feds packed into the back of a U-Haul truck with riot gear near an LGBTQ Pride event in Coeur d’Alene, Idaho.

For decades many LGBTQ+ persons across the world have lived under the long-shadowed threat of discrimination, violence, and fear.  More real than its reality, our community is in peril with its dangerous threat of being targeted where any thoughts or actions of transgressing societal norms of heterosexuality would return us to the repressive age of 1950s and 60s.

It was some fifty years, less than a century ago that the Stonewall Inn Riots in New York City, gave birth to the landmark celebration of LGBTQ with its Pride Month with its institutionalization of the international LGBTQIA+ movement.  The Stonewall uprising gave contemporary queer activists, who over the years would battle for reformation of change. The birth of Gay pride gave our communities like the L-Project a template for its cause. In 1999, President Bill Clinton ultimately gave official Political recognition to Pride Festival, where its celebration has become a coast-to-coast month-long celebratory event in cities like San Francisco, New York, and Los Angeles. Queers across the world has responded in numbers who have found respite and communities in alternative spheres where they could gather, congregate, and express themselves. America’s celebration of Pride was ultimately adopted across the world, where June is now commemorated as Pride Month, with its bid to make the movement more inclusive, challenging the alt right dominant narrative.

Years later in 2022, The L-Project has courageously faced the new landscape of Amerika’s racial and political dissent along with violent inflection and its pandemic, by promoting the Woman’s Freedom Festival which first premiered in Long Beach, Ca. on October 20, 2019 and became an official annual event for WEHO’s inaugural PRIDE celebration on June 3-5, 2022.  In partnership with the City of West Hollywood, The L-Project produced a 3-day weekend full of womencentric events with sister orgs like Black Lesbians United, Cherry Bomb WeHo at Hotel Ziggy and Fan Girl Cafe at The Troubadour.

The L-Project’s board is 100% volunteer driven, multi-cultural and inter-generational and is open to all LGBTQ and non-binary feminine identified spirits across the world. Chris Baldwin is the Founding President today she serves as the L-Projects V.P., Promoter, Producer and Curator of Woman Freedom Festival, where in the past she was the creator of Frida Fest, an art and music festival which celebrated the life and legacy of Frida Kahlo. The Women’s Freedom Festival is a music fest which in distinction promotes emerging artists, while using art, music, poetry, and dance to protest, raise consciousness in mobilizing the allied voices of the LGBTQ community who are fighting in the streets for freedom, justice, and equality. Today Baldwin is a Combat Sports Conditioning Coach and Founder of the Lesbian Fight Club is West Hollywood where she teaches Gays and Lesbian how to take a stand, throw a punch and fight back. Her select colleague, Madonna Cacciatore serves as the President of the L-Project. Cacciatore is the Former Executive Director at LA Pride. Cacciatore is now Board President and is also a Project Manager of Fund Development & Partnerships for InterPride, as well as is actively involved as an Actor and Animal Rights Activist. Under Madonna’s leadership, LA Pride was able to create more free Pride events like Pride on the Boulevard. They produced the first live Pride parade broadcast on ABC7 and brought back the Dyke March to kick off Pride.

Madonna and Chris continue to diversify the grassroots mission of the organization and its work through the staged introduction of a new generation of LA based artists and activists at the Woman’s Freedom Festival, where its concert was an universal and personal commentary of both social political, brilliant, passionate intimate, irreverent, angry, experimental, unabashedly beautiful, and united all as an anthem. Baldwin directed a visionary curatorial initiative led by diverse act and eclectic Hip Hop Artist LG aka Team Genius, Mortasay, BOI Band, KING CYBORG, Gattison, Melodye Perry, VIXEN NOIR, Jen Kober, Shannon Matesky, Andy Sanchez, Native Latina, Joely Fisher, DJ ASHA, and MC Jackie Steele, whose song took us on an extraordinary journey which dared to explore the LGBT experience as activists told through its masterful new meta-narratives of expression. It was powerful voices from the women’s community, like, Emiliana Guereca, President of Women’s March Foundation, who took the stage to remind everyone that we must take a stand to fight back against misogyny and hate. Melodye Perry performed a beautiful tribute to Nicole Simpson to raise awareness around intimate partner violence with her song “I remember Nicole…”

The Los Angeles Poet Andy Sanchez summarized the importance of why PRIDE urgently needs to continue to raise awareness through protest confronting the historical and systemic injustices to which our community has faced in time by They/Them following statement.  “Participating in the WFF was empowering and a great way to connect with folks. To get to celebrate with folks cannot be taken for granted anymore,” adding, “It is important to advocate together and for one another as we continue to be threatened by political and religious agendas.”

History personified tell us of how many transgressive and criminal acts have been perpetrated against members of our Gay community, where years of countless crimes has been systemic, pervasive, and violent. Homophobia is deeply entrenched in societies across the world, not only in America but abroad in many continents like Africa.

Nathan is the Director for the African Human Rights Coalition where she has established an international name for her extraordinary lifelong and vocational work in assisting LGBTQ refugees and asylum seekers from around the globe. Nathan has practiced law in South Africa before immigrating to the United States. Today she has become a renowned award-winning voice serving as a human right activists and LGBTQ equality advocate. Nathan is a qualified country conditions expert witness in LGBTQ cases for African asylum seekers, where she provides expert testimony in the U.S and global courts… Nathan has literally become the soul conductor for the contemporary modern-day underground railroad for many members of our international LGBTQ community who are seeking freedom.

One of those asylum seekers was King Cyborg, who was not only a talented performer for the Woman’s Freedom Festival but was also a displaced gay immigrant who presented Nathan with its first testimonial award at its Festival. King Cyborg’s incredible life and journey was chronicled as a principle in the documentary UNSETTLED, which showcases Cyborg’s real-life journey of being a person of color, gay, and an immigrant in the USA. The epic documentary took over 5 years to produce and was finally released in 2019 where its film has won several international distinguished awards, press coverage, and tours in many countries around the world.  http://www.unsettled.film/

This is why, PRIDE Lives Matter with its treasured narratives, diverse races, inclusive parades, marches, festivals, and workshops which are designed to spread awareness and acknowledge queer history. Its celebration is dedicated to creating an inclusive safe space in the land of the free and the home of the brave.   The L-Project and its community continues its fight for equality, where its organization is forever committed to fighting for liberation because Pride is still a protest.
Join us in the struggle for freedom. Celebrate PRIDE by signing up at the L-Project website. 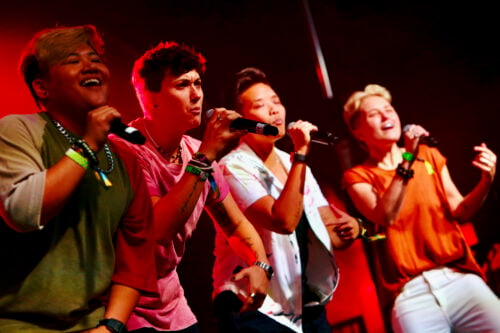 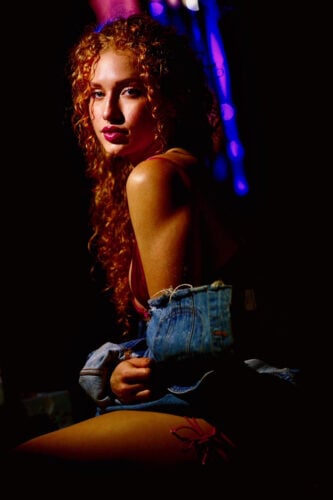 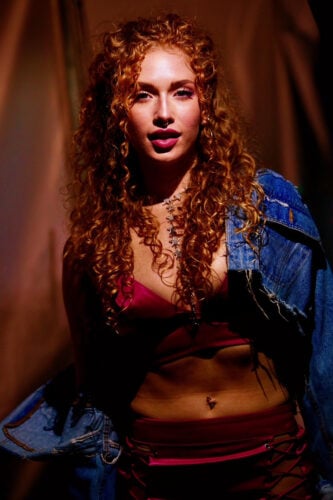 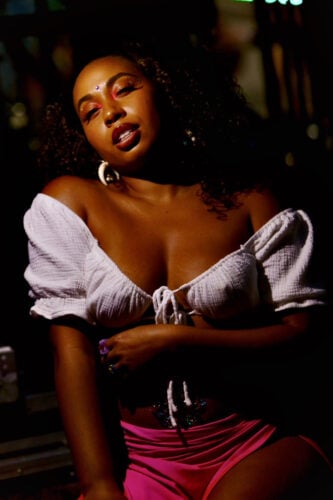 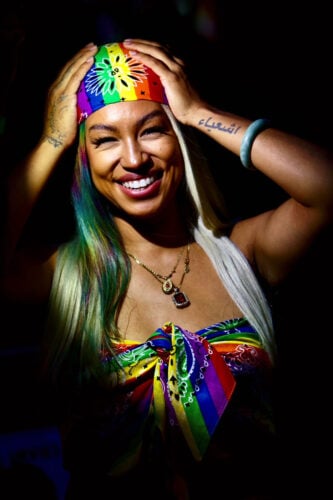 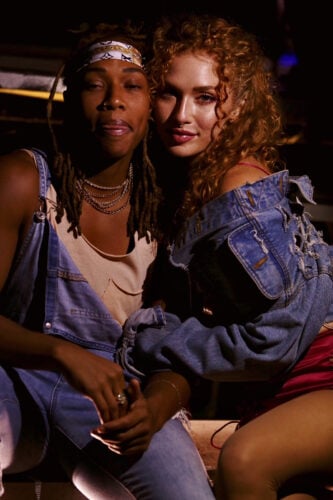 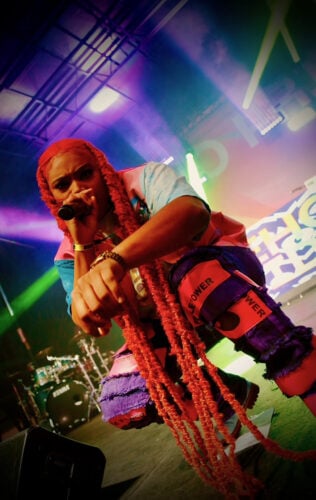