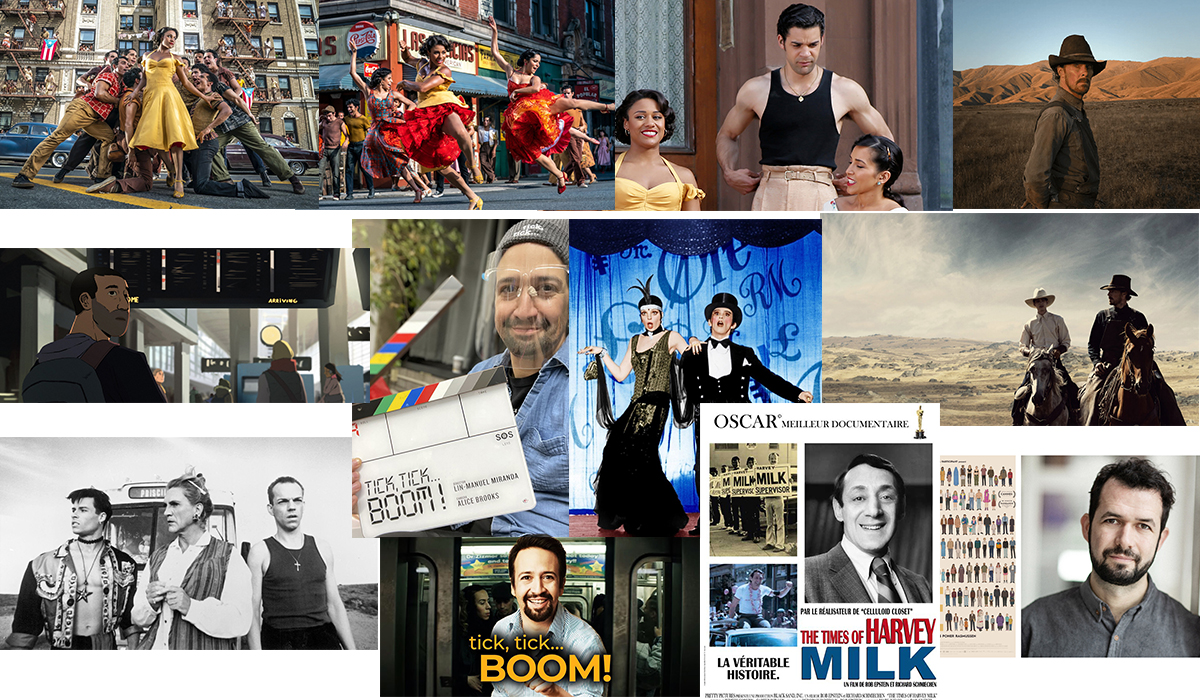 Once again, TCM is having its “31 Days of Oscar” starting March 1. This year’s format will be limited to Oscar winners only (in past years, they’ve shown nominated films as well). Some of the queer classics include Cabaret, The Times of Harvey Milk, The Adventures of Priscilla, Queen of the Desert, Dog Day Afternoon, Midnight Express, Victor/Victoria, and lavender friendly films such as, Whatever Happened to Baby Jane, and the first Oscar winning Best Picture, Wings (1927). This silent movie also has one of the best homoerotic scenes between two World War I flyboys. It’s a must for fans of queer celluloid.

Although there are not many LGBTQ films in the running as in past years, there are some openly gay actors up for the coveted prize and a few films with gay characters such as Power of the Dog, Flee, (up for Best Documentary) and Tik Tik Boom, directed by Lin Manuel Miranda, his directorial debut. TCM host Dave Karger did a digital sit down with Adelante for an interview about this year’s Oscar contenders and his predictions.

Adelante: Do you see any pattern in the films that were produced and nominated for this year in terms of content?
Dave: This year we are seeing more stories about people who haven’t been very well represented at the Oscars over the years: LGBT characters, people of color, people living outside the United States. I’m also intrigued by how well films directed by women fared in the nominations. Seven of the 20 nominated performances were directed by women, and three of the five best adapted screenplays were written by women. That’s something I expect to see even more of in the future.

Adelante: What kind of season was it in terms of representation for the LGBTQ community and people of color?
Dave: Ariana DeBose is definitely one of the most exciting nominees this season. If she wins for (playing Anita) in West Side Story she will be the first openly queer woman of color to win an Oscar. And having an LGBTQ nominee like Kristen Stewart competing for Best Actress is terrific representation, as are all the nominations for the animated documentary Flee which centers on a gay man. Although it’s debatable whether The Power of the Dog should be considered a “gay film,” it’s certainly noteworthy to have a gay character at the center of the film that earned the most nominations.

Adelante: What is your thinking of white actors putting on brown face in the original West Side Story, as in comparison to actors putting on black face and Asian characters in past Hollywood films?
Dave: That type of decision was fairly common back in the early 1960s when West Side Story was produced, but that doesn’t make it any less disturbing when we watch that film today. It’s frustrating to think about how many Latinx performers could have shown their talent if only they’d been given the chance.

Adelante: Which film do you think will get best picture and why? Best actor, actress and why?
Dave: I think The Power of the Dog will win Best Picture because of its beautiful production values and conversation-starting plot. For Best Actor, it seems like it’s Will Smith’s year after two previous nominations. Best Actress is tougher to predict. Most people seem to think Olivia Colman will win her second Oscar, but I’m thinking it could be Nicole Kidman for proving all the doubters wrong.

Adelante: On TCM’s current list of films for 31 Days of Oscar, which one is your favorite LGBTQ film and why?
Dave: I’m a huge fan of The Times of Harvey Milk, which won the Best Documentary Feature Oscar in 1985. It’s a powerful and shocking story about one of the most important figures in LGBTQ history as well as a study of the gay rights movement in the 1970s and 1980s. It’s a must-see for any LGBTQ film fan.