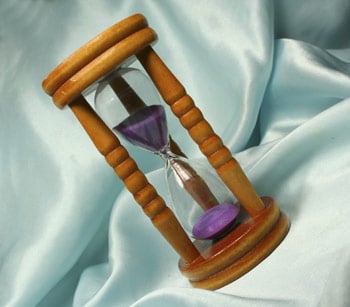 On February 21, 2012, I turned 50 years old. And, yes, though I always practice positive thinking, this mile-stone really tested my optimism. I had barely slept the night before. Shock was my first reaction. Half a bloody century old! Seriously, half a century! That’s like . . . well, a lot of years. This of course is the crux of turning 50, it is just plain a bunch o’ years. 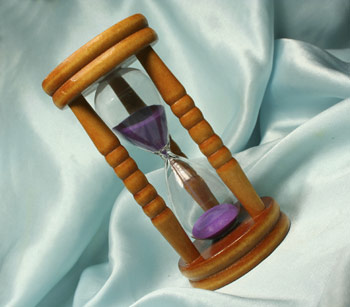 I remember turning 29 and all my girlfriends were determined to be married by 30. I thought they were insane. We were so young to be tied down! My brother-in-law who was a year younger than me sent me ten cards. I got one each day for over a week. Their ageist humor seemed silly to me. I was immune to feeling old.

Forty was a blast, I have to say. I was healthy, had spent the previous 20 years in SF, which rarely got any sun, so I had no age lines, wrinkles or spots. I was making great money and my writing career was just taking off. Most of my parts were still more or less where they had started out, and I had lost 30 pounds. Forty was GOOD!

When I was ten I was diagnosed with Type I diabetes. The doctors took my family aside and told them I would have complications and likely be dead by 25. I have always lived like I would not live to be 30, let alone 50. Imagine my surprise when I woke up on February 21, 2012, and I was twice as old as my predicted life span.

I am not a girly girl and rarely wear make-up, so for my 50th birthday, I decided to put on a little “slap” and see if the old dog could still run, so to speak. I put on all the glittery, shiny colors, darkened my lashes and painted my lips.

I stood back and admired my hand-work. Most of the glitter was stuck in wrinkles. I looked like a stripper who had danced all night. My lippy was bleeding into the lines above my lips giving me a scary monster look that the contestants on “Face Off” would have envied.

I considered trying to grapple the bags under my eyes into a bra, but my bra had problems all its own. My boobs could still pass for sexy, but the wrestling match required to get them from above my knee caps into the bra was a challenge even the Rock would not have survived.

Once the shock wore off, I spent my birthday riding my bike with my husband and dogs. We rode to Malibu from Santa Monica, along the ocean. We sat mesmerized by the sea and sun, holding hands and watching our dogs playing on the beach.

I began thinking of all the things I would have missed if I had died. I watched my husband playing with the dogs, watched the ocean breathing as she had been doing long before I was traumatized by a number on a calendar.

My father had died a few months before my big day. I felt him smiling with my mother. He never could figure out my life, but he got that I was happy.

My very first cel phone, which I had just gotten a few days before February 21st, was my concession to living in a modern world. It contained dozens of texts and messages wishing me a happy birthday. Some day I’ll learn how to access the loving notes.

My beloved nephew, who was leaving for Afghanistan in a few days texted me that I was half a century old, which I had not thought of before. (He used to be my favorite nephew.) Of course, the only thing I want for my 51st birthday is for him to text me another reminder of my age.

Yes, my smile has become sort of permanent; at least the wrinkles always look like I am smiling. My upper arms are firmer than they might have been. They could have been sails trailing along behind me, but instead they are just a little “swingy.”

I will obviously have to buy a better, sit-on-top-of-wrinkles make-up, but I can still choose a little bit of glitter. My boobs look great in a bra. The bra, however, needs to be a heavy duty, “push ‘em up and keep ‘em there,” industrial strength, wires and snaps galore kind of a contraption. Gone are the days of pretty flowers and a bit of lace.

I ended the day feeling blessed, thinking and loving all I had and all that would be. I remembered that my mother had barely seen 50 before she died. I cuddled with my husband who had loved and stood beside me through thick and thin for over 20 of my 50 years.