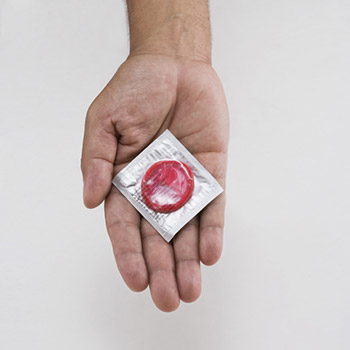 Here is a continuation of the summary of new items I learned:

MORE ON PREMATURE AGING
HIV patients have a higher risk of cardiovascular disease than HIV negatives. So please pay attention to reducing your risks. You can’t change your age or heredity but you can watch your weight, eat healthy foods, stop smoking, exercise, and monitor and treat high cholesterol. Sure, we are great at managing the patient who survives the first hours of a heart attack, but it is better to prevent one. By brother-in-law (HIV negative) just died suddenly at 64 of this, survived by many of his relatives and friends older than him.

Hardening of the arteries is usually seen on scanning as hard plaque (calcium present). HIV+s may have a softer plaque, not seen as well on these tests, but they still block arteries and cause death of heart tissue (heart attack).

DIFFERENT VIRUSES
The HIV in your blood is different than the virus in your genital secretions, and from the one you give to others through sex. The infectious virus population in your genitals has the ability to hide in small membrane bound spheres (episomes). The membrane is from you, human, so it can transfer to the other more easily, hiding from the immune protections in the genital secretions. HIV is very tricky.

AFRICAN PEOPLE
African Americans, 13-24 years old are showing the greatest increase in HIV, mainly in the South (USA). A bad economy causes people to not travel as much outside of their group of friends that they have sex with so the HIV infects more members of the group. They are seeing more deaths recently in this group. These groups are a “pool” since they have a few members moving between groups. Just having 2-3 partners increases the connectedness enough so that the virus moves rapidly through a pool.

20% of men who have sex with men (MSMs) in Malawi have HIV. Big number! I am planning a second trip to Malawi this summer.

Circumcision is working well in Africa to prevent infection and is as good as “TasP” (treatment as prevention) of all who have HIV and CD4s above 350, but much less expensive. New, safer, and quicker methods are being developed for this operation.

HEPATITIS C
In the USA there are 4 million Hepatitis C infected, 1 million with HIV, and 200,000 have both. There are 6 genotypes that respond to therapies differently. So much studying must be done to see which new medications work on which genotypes. There are subtypes, e.g. 1a,1b,1c. Reinfection happens. Some have taken a year of treatment, gone back to unprotected sex or needles and catch it again. 15% of Hep C patients cure themselves. Of the rest about 25% have liver function impairment up to cirrhosis/failure. Treating HIV slows HepC. Some powerful and tolerable medication regimens were presented, very hopeful! If resistance develops, then if you wait 6-12 months, the resistance goes away as the virus population changes. The resistant virus cannot compete well with the wild type (non-resistant). HIV is different; it hides in the body so the resistance doesn’t ever go away.

BIRTH CONTROL
Injectable birth control increases HIV transmission risk a little. A common hormone doubles the amount of HIV in the vaginal secretions in one study but not in another.

CONDOMS, MSMs
A great study showing that condoms work; the more they are used, the more prevention achieved. This was a strong belief based on good principles and not great data before. A very large number of MSMs do not use condoms 100% of the time, even though a survey of condom users feel they get just as much enjoyment out of sex with or without a condom.

HOME HIV TESTING
With the availability of tests that can be done in the home, this has increased testing in Africa. The problem is linking them with a clinic and counseling if positive. We probably have the same problem in the USA. This test can help those who won’t go for testing in a clinic. Some partners test each other before sex so they know what the risk is. This is called serosorting (sero=serum or type). Don’t forget there is a window of a few weeks to a few months where you have HIV but the test is negative. This test does not test for other sexually transmitted diseases or provide counseling or link you to a clinic for treatment. There was one study that showed home tests might have increased HIV transmissions among Seattle MSMs.

With the previous mail-in test, there were no reported suicides or violence and 65% of the positives accepted referrals to care.