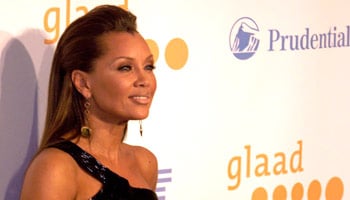 If there ever a Diva was… actress/singer and all around performer Vanessa Williams is it. Although her career started as a scandal after being dethroned of her Miss America Pageant win she has gone on to become not only every stylists, make-up artists, and gays in the industry’s wet dream diva but of course with her many talents she has become one of our times most real divas. While some call the Britney’s and Aguilera’s of our times divas La Williams is certainly the real thang, honey. You can’t argue with a career spanning, in highs and lows, 25 years. Yes it was 1984 when she won her crown as the first black American Miss America. And now she has conquered motion pictures, television, Broadway, and of course a musical career with Oscar and Grammy nominated songs. Hey all that, and she loves her gays!

I first laid eyes on her back in the 80’s in those hot and sexy music videos for her hit songs such as The Right Stuff and The Comfort Zone. And I’ve been a fan of those gorgeous blue eyes ever since. And yes her eyes are really blue. I’ve been lucky enough to have not only seen her in concert, third row seat, but I cought a glimpse of her at the GLAAD Media Awards red carpet event in NYC. And now she is back on the music scene, thank God, with her thirteenth album The Real Thing. Drag Queens rejoice! In it Vanessa gives us a mix of not only Latin flavored rythms but mixes in jazz, R&B, and pop. With an aray of super talented writers such as Stevie Wonder, Babyface, and Bebel Gilberto La Williams gives us a CD you must pop in and play in the background for a rainy, lazy, Spring Sunday afternoon in with a lover and a glass of wine. Doesn’t that sound super sexy, “in with my lovah!” And yes this is for the mature set with lovah’s and an ear for something other than what’s over played on pop radio and at the club. So, if you’re into the finer things in life the ultra sophisticated Breathless, her first single of the album, is for you. God I love those Spanish guitars! You can now find the super elegant and classy video on youtube.

And of course don’t forget to keep watching her as the Diva Bitch Wilhemina Slater on Thursday nights 8pm time slot of Ugly Betty on ABC. She plays that so well, one wonders… She’s the only reason I’m still watching that show. I mean come on what ugly girl has cute guys literally fighting over her? And now she even has a millionaire boyfriend? Stick to the original people, stick to the original story. A Diva Bitch in real life she may not be but Vanessa Williams can be said is one of the most beautiful women in Hollywood of all time. Yes, right along side true beauties such as Raquel Welch, Linda Darnell, Salma Hayek, and Halle Berry. La Williams can reign as an Icon of beauty with a talent for music and acting as well as a well rounded performer and entertainer of our times. Vanessa Williams is an American Original who does things her way and will keep entertaining us into decades come. THE REAL THING, produced in part by Babyface, and its eleven tracks is available on Concord Records as of June 2nd.