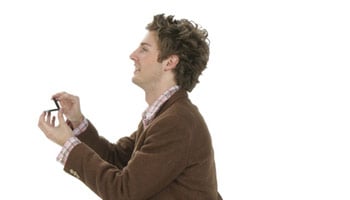 Once a year in one collective heap of emotional upheaval, we pour our hearts out to one another in what’s commonly known as St. Valentines day. 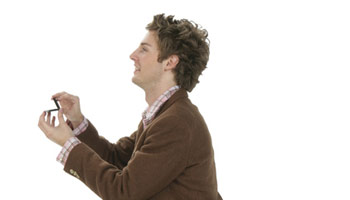 There are varying opinions as to the origin of Valentine’s Day. Some experts state that it originated from St. Valentine, a Roman who was martyred for refusing to give up Christianity. He died on February 14, 269 A.D. Other aspects of the story say that Saint Valentine served as a priest at the temple during the reign of Emperor Claudius. Claudius then had Valentine jailed for defying him. In 496 A.D. Pope Gelasius set aside February 14 to honor St. Valentine. Gradually, February 14 became the date for exchanging love messages and St. Valentine became the patron saint of lovers. The date was marked by sending poems and simple gifts such as flowers. There was often a social gathering or a ball.

However the day we celebrate as a day for lovers all around the world came about, its clear that what began as a day and a way to celebrate and honor a Christian martyr, is now by all accounts a huge commercialized event. And as I see men running to get flowers and chocolates at the last minute, like men on their last missions. I ask myself What’s Love Got To Do With It? Really, am serious it’s more a celebration of spending than a celebration of devotion. Retailers go crazy during this period enticing us, calling to our better selves to spend lavishly. Consumers are expected to express their own affection to the tune of $13.7 billion this year, up 22 percent from just five years ago, according to the National Retail Federation. Only Christmas and the back-to-school selling seasons create bigger revenues. That’s an amazing amount of money to spend on one single day to say such a simple thing that by all accounts should be expressed every day of the year to your loved ones, not just on Valentines Day. I’am not trying to be an old stick in the mood and bring anyone down, but I truly question the value the degree we say I love you to someone we might ordinarily ignore on an given day other wise.

The way we say I love you and how we spend our money on this day varies.

But despite the pressure to buy gifts, most of that money will be spent the way it has traditionally been spent, on tokens of affection — cards, candy, flowers and dinner out. For restaurants in particular, the holiday is second only to Mother’s Day with 35 percent of Americans expected to dine out with their loved ones as couples and families. As for those cards, according to Hallmark, half of the U.S. population celebrates Valentine’s Day by purchasing at least one greeting card. They anticipate 180 million valentines will be exchanged this year. Yet with a week economy in 2010, consumers may be looking for a cheaper way to tell their sweeties I love you. It seems even love cannot completely conquer a weak economy. However it’s necessary to remember that you can disappoint Aunt Maple over the holidays by not giving her a gift, but if you disappoint your significant other on Valentine’s Day, you’re going to be hearing about it every day for a long time.

One question I ask myself as well is do “gays” celebrate St. Valentines day with the same enthusiasm as their straight counter parts? Do we have adventurous sex- call your partner to come up to your office after hours and do the nasty on your desk (make sure the door is locked in case the cleaning people bust in on you) Do your own strip tease for your partner with some new sexy underwear you bought online, after all we do love to shop online don’t we? Buy a jar of chocolate paint and go Picasso on your lover’s body! (warning heating up the chocolate in microwave can genitalia).

However we celebrate the holiday I’am sure we put a bit more gusto into it than our straight brothers and sisters and with gay marriage and marriages on the rise, it will surely be a holiday one partner can make memorable to the other by doing so many naughty things that the general public would either not relate to or understand, but who cares, it’s your valentine, show him or her how you care in interesting and emotionally compelling ways. Different is good, we are different and we are good so celebrate despite my concerns about over commercialising the day.