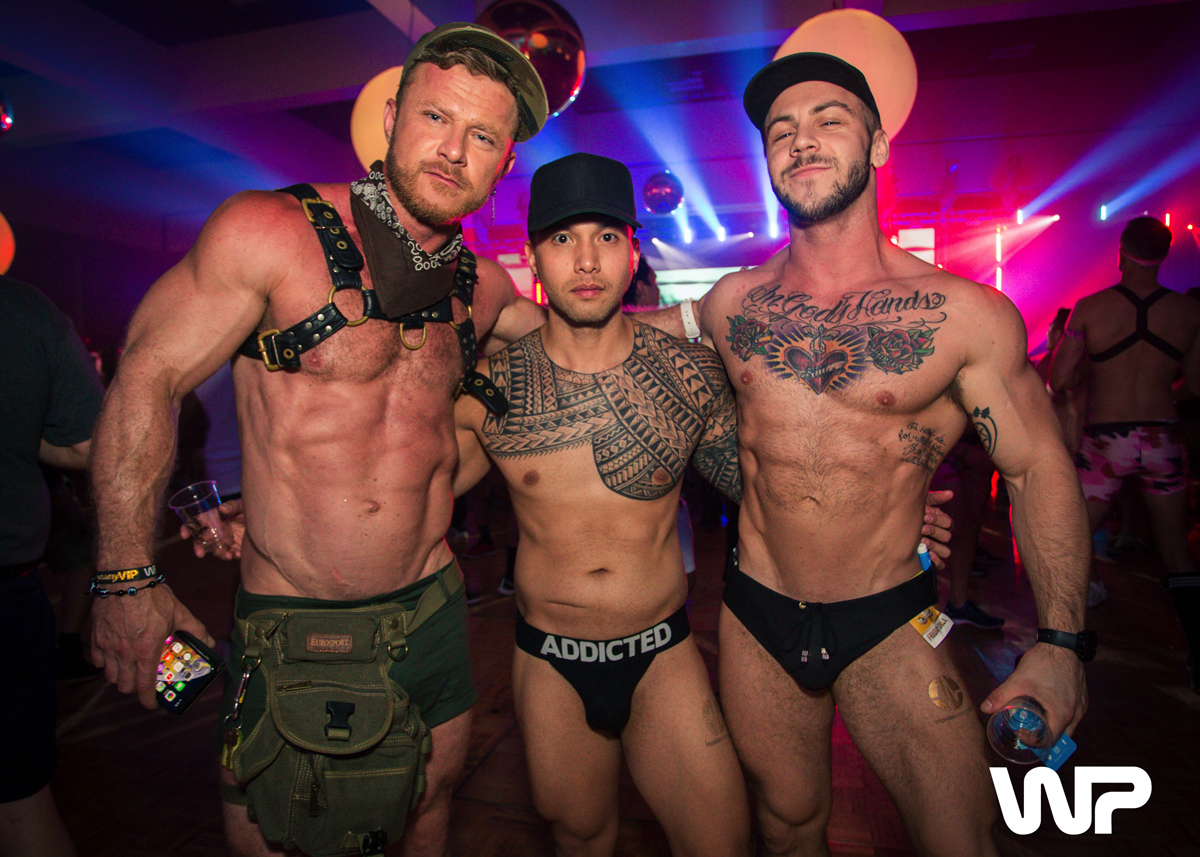 As with many other large events, the White Party Palm Springs became another victim of the closure mandates in response to the corona virus. Following a two-year pause on the event, COVID restrictions have been loosened and the event is ready to come back bigger and better in the Desert, promises Chris Diamond, the new CEO for the production company White Party Global (WPG), announcing that the next WPPS will be held April 29 – May 1 at the Hilton Hotel and the Palm Springs Convention Center.

Sadly, during the time of the event’s hiatus, the company lost its founder, Jeffrey Sanker after a battle with cancer. Sanker had been leading the company for more than 30 years and had been described as the “Godfather of Parties.” The first White Party started in 1989, when Sanker decided to have a group of his friends out to the desert, and his invitation list grew to about 500 people. “It was just literally to have a fun weekend, that was it,” explains Diamond. “He had no idea and then all of a sudden it’s 32 years later into his White Party phenomenon.” In more recent years, the event has drawn between 20,000 – 30,000 people for the weekend. While not everyone heads out to Palm Springs to attend the specific parties of WPG, the entire desert area becomes an incredible weekend for people to go out to the local bars or attend parties in the area.

While Sanker’s death has been difficult for his many friends and fans, the show will live on in his memory and with the same passion for bringing the community together. “We’re all saddened by his passing. We all realize what a legend he was, and I think it just further cements the legacy that White Party Palm Springs has made,” said Diamond.

This upcoming mega-event is already setting a new level of excitement as there will be 13 DJs from around the world, all with a wide influence on today’s music scene. The White Party events have always brought great talent and have introduced the next big singers or groups to the community.

With the two-year break from the parties, organizers are still expecting the attendance to be huge. “I think the crowd is going to be bigger than normal,” says Diamond, “and I think it’s because everyone is excited to get out there and return to normal.” Safety protocols will be in place and will follow the guidelines set forth by the City of Palm Springs and County of Riverside. As of now, guests should expect to bring their proof of vaccination or a very recent negative COVID test result to get into the venues.

Significant efforts continue to be made by the organizers to ensure that there is inclusion to all members of our LGBTQ+ community. DJs from nine different countries including Chile, Brazil, and Mexico, join a large group of Ambassadors and dancers representing the Latino and African American communities.

Also important to the WPG group is the ability to give back to the community, a tradition started years ago by its founder. This year, plans are to support the LGBTQ Community Center of the Desert from the event proceeds.

As the event is known as a ‘circuit party,’ sometimes that name is associated with the emphasis on the use of illegal substances and unprotected sex. Diamond emphasizes, “First and foremost the party is a music festival. It’s for people to come enjoy and have a great time. But then there’s always the issue of people’s responsibility for drugs and things.” WPG has always had a zero-tolerance policy for drug use at its events and ensures the safety of those in attendance with having private medical teams at all venues. There will also be gift bags handed out with condoms and messaging about enjoying the event responsibly while celebrating the weekend.

For those who have never attended a White Party event, you will likely find it to be one of the most welcoming and safe events that you have ever experienced. It is a place where you can meet great people and make lifelong friends and relationships. “I think you really get this feeling of a sense of inclusion that you don’t get a lot of other places and you feel proud that you’re gay and a part of a great community,” says Diamond.

To purchase tickets or get additional information,
go to www.whitepartyglobal.com