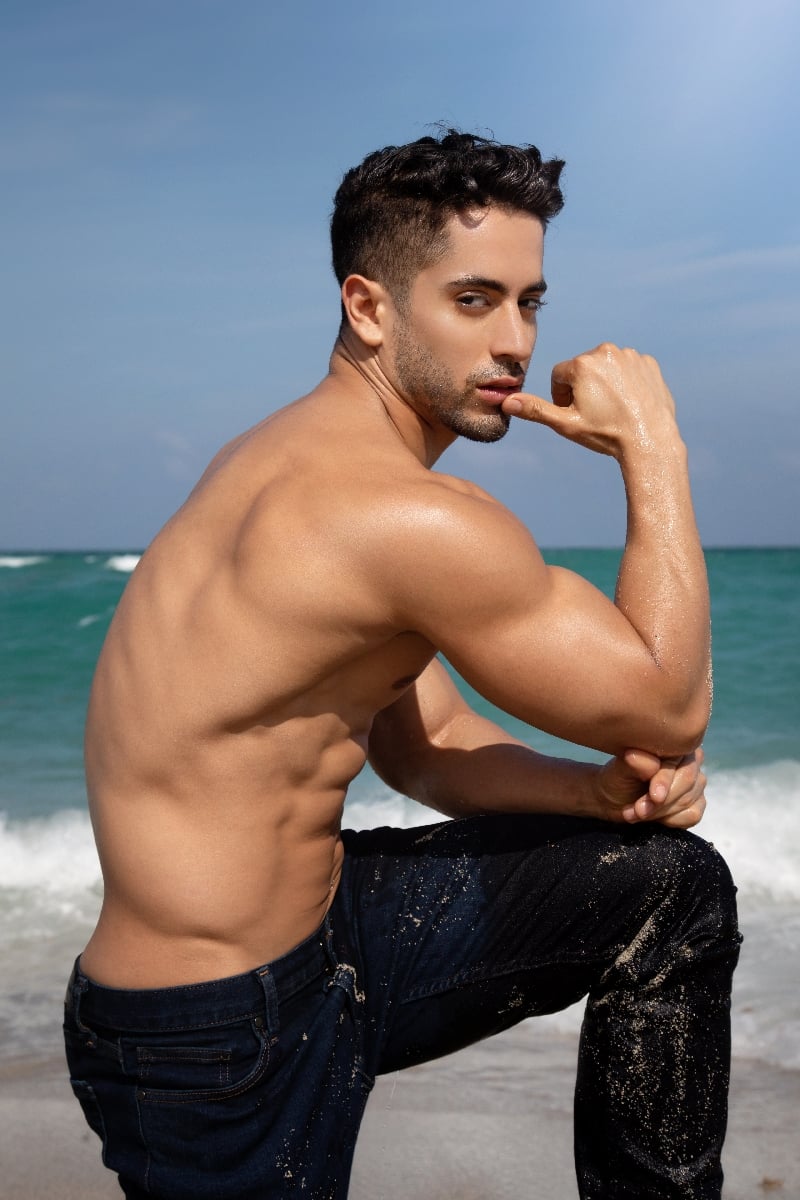 For those of you who have never heard of Evan Peix, you soon will know his name. Evan was born in New York, to a Bolivian Mother and a Portuguese Father. As a young child, Evan went to live with his mother in Santa Cruz, Bolivia where he eventually got into a Latino version of the Mickey Mouse Club. That is where he first got a glimpse of acting, singing, and dancing and eventually made many albums.

Evan recalls that his fellow Mouseketeers also continued their careers, from one being a super model, and another a news anchor. Evan’s career path led him to Miami, at 18, with only $500 dollars in his pocket and with no one to help him.

Struggling to make ends meet, Evan got a job as a bus boy and rented a room for $300 in little Havana. But many noticed Evan and his striking appealing looks. Evan got the idea to try stripping after befriending a stripper who worked at his gym. He saved up money by stripping and eventually went to school for audio-engineering. While still stripping and dancing, he began investing in properties and music.

Evan started to get exposure with his social media accounts by making documentaries about himself and his up-and-coming music. He eventually opened an Only Fans account, where for a monthly fee you can see his content, pictures and videos and even chat with Evan. The Only Fans star incorporated his own music, a style called Guaracha, a sound that originated in Cuba. Evan oozes his sexuality and sensuality in his music videos and in Evan’s words, ‘music and sex go together.’

Evan’s new single ‘si’, is out now. Evan is a workaholic and loves to be different and doesn’t want to be anyone else. He also wants his fans and people to know that he loves Latino people and loves being one. He appreciates what he does and wants to leave a legacy, not just his art but how he treats others. For more info on Evan visit his website at EvanPeix.com