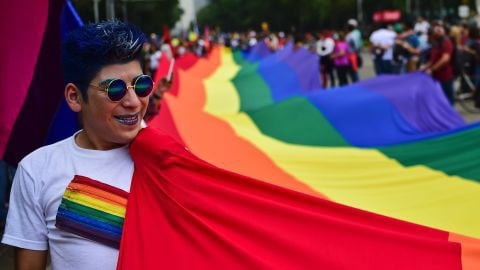 “In Mexico, every day, more progress is made in the recognition of the rights of the LGBTQI+ community,” said Rev. Elder Hector Gutierrez, of Metropolitan Community Churches, who resides in Jalisco. “My State is more equal for all people as of last Thursday.”

“We applaud the government of Jalisco for joining the movement for LGBTQ+ equality in Mexico,” said Rev. Elder Cecilia Eggleston, moderator of the MCC denomination, which has nine churches in Mexico. “Although LGBTQ+ people in many places face legalized discrimination and even criminal prosecution, we are confident that more and more governments will follow Jalisco’s lead – in Mexico and around the world.”

“That this occurred as we prepare to celebrate Christ’s resurrection is particularly poignant,” Gutierrez said. “This is the season of new beginnings, and Jalisco’s Congress has given us another sign of freedom and progress.”