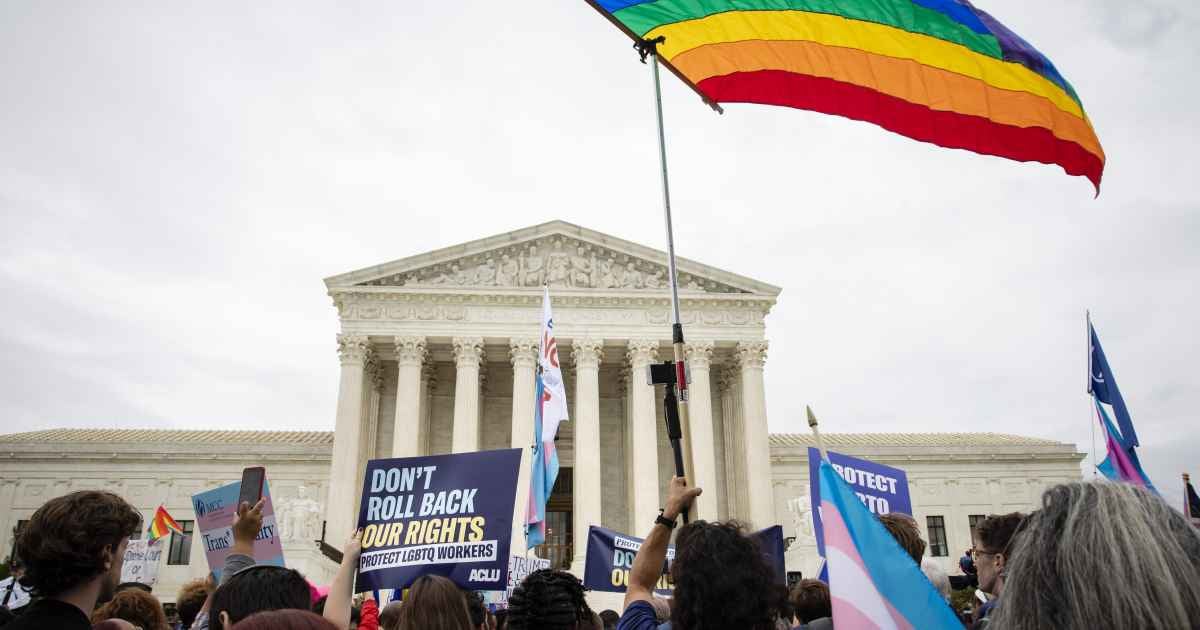 MONTGOMERY, Ala. – The American Civil Liberties Union, the ACLU of Alabama, Lambda Legal, Transgender Law Center, and Cooley LLP announced today plans to file a legal challenge to proposed legislation in Alabama that would criminalize medical professionals who provide gender-affirming care to transgender adolescents with up to 10 years in prison.

“If Alabama lawmakers insist on passing this cruel, dangerous, and unconstitutional legislation into law, the state will immediately have a lawsuit to deal with,” said Sruti Swaminathan, staff attorney for Lambda Legal. “The Alabama Legislature and Governor Kay Ivey need to consider the time and resources they will invest, not to mention the stain of discrimination that often means lost opportunity and investment, and ask themselves if targeting the health care of children is truly worth it because we are prepared to make that investment in order to protect transgender youth, their families, and their doctors in Alabama.”

“Our representatives have been hearing from medical experts, parents, transgender youth, and other advocates for the past three years in an attempt to stop this harmful bill from passing. But despite this strong opposition, the Legislature seems determined to move ahead with this shameful effort to prevent parents and kids from deciding the best course of treatment for themselves,” said Kaitlin Welborn, staff attorney for the ACLU of Alabama. “If the state moves forward in passing this unconstitutional bill, we’ll see them in court.”

A federal court has blocked Arkansas from enforcing a similar law that was passed last year. A state court in Texas has also blocked the state from investigating parents of transgender adolescents receiving gender-affirming care for child abuse.

“If passed and signed into law, Alabama will have the most deadly, sweeping, and hostile law targeting transgender people in the country,” said Chase Strangio, deputy director for Trans Justice with the ACLU’s LGBTQ & HIV Project. “The way to reduce harm to trans youth is to provide them with gender-affirming health care where it is medically indicated. This bill takes that lifesaving treatment option off the table and makes it a felony. Moving forward with this bill will be deadly for trans youth, push doctors out of a state that has a shortage of medical providers, hurt Alabama’s economy, and subject the state to costly litigation.”

“What we are seeing in the state of Alabama is another misguided attempt to control the lives of transgender people,” said Lynly Egyes, legal director of the Transgender Law Center. “This legislation is one of the most aggressive in the country and will directly negatively impact transgender youth, their families, and their supporters. Threatening providers with prison time or fines as a result of their dedication to their patients is ruthless. Above all, our goal is to ensure that trans youth become trans adults, and bills like this are antithetical to trans people thriving in this country.”

“The proposed legislation is unconstitutional in multiple respects, as we will forcefully argue in court,” said Kathleen Hartnett of Cooley LLP.

Two companion bills, House Bill 266 and Senate Bill 184, are pending in the Alabama Legislature. Both bills would criminalize doctors or medical professionals who provide gender-affirming care to transgender youth under 19 years of age, carrying severe criminal penalties that could result in fines and jail time. The bills as drafted are also so broad that they can be read to include criminal penalties for parents and guardians who support transgender young people.

Medical organizations and doctors have repeatedly opposed these bills, along with major businesses. Studies consistently show that transgender children who receive gender-affirming care such as puberty-delaying medication and/or hormones when they are young have better mental health outcomes and report fewer cases of depression, self-harm, and suicide or attempted suicide.

This statement is online here: https://www.aclu.org/press-releases/civil-rights-groups-challenge-alabama-ban-gender-affirming-care-trans-youth

Lambda Legal is a national organization committed to achieving full recognition of the civil rights of lesbians, gay men, bisexuals, transgender people, and everyone living with HIV through impact litigation, education, and public policy work.

The American Civil Liberties Union of Alabama is a private, non-profit membership organization dedicated to preserving the civil liberties and civil rights guaranteed by the U.S. Constitution, especially the principles contained in the Bill of Rights.

Transgender Law Center (TLC) is the largest national trans-led organization advocating for a world in which all people are free to define themselves and their futures. Grounded in legal expertise and committed to racial justice, TLC employs a variety of community-driven strategies to keep transgender and gender nonconforming people alive, thriving, and fighting for liberation. www.transgenderlawcenter.org