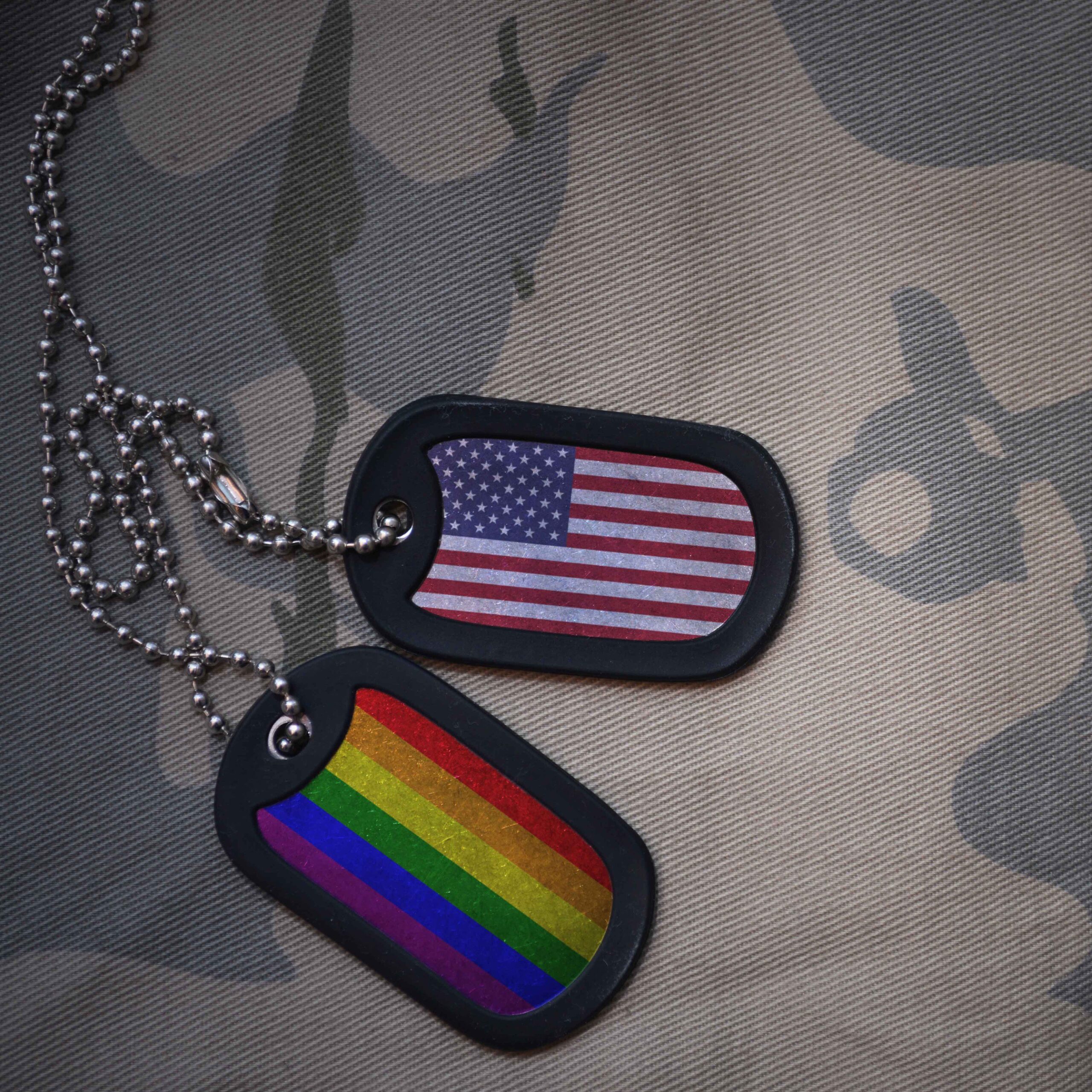 “The court ruled that the Pentagon’s policies regarding service members with HIV are not only outdated, but unlawful, arbitrary and capricious, and unconstitutional . . . one of the strongest judicial rulings in over two decades for people living with HIV.”

(Alexandria, Virginia — April 7, 2022) – Yesterday, a federal district court handed down of the strongest judicial rulings in over two decades for people living with HIV, ordering the Department of Defense (DOD)—the world’s largest employer—to stop discriminating against people living with HIV and to allow them to deploy and commission as officers in the U.S. military. The groundbreaking ruling represents a landmark moment in the fight to advance the rights of people living with HIV and reflects the reality that HIV is a chronic, treatable condition, not a reason to discriminate. The ruling comes in two cases Harrison v. Austinand Roe & Voe v. Austin, which were combined for purposes of discovery and argument – for which Lambda Legal is co-counsel with Scott Schoettes, Esq., Peter Perkowsky, Esq., Winston & Strawn LLP, and Greenberg Traurig LLP.

The individual plaintiffs in these cases are all service members living with HIV, including two Airmen using the pseudonyms Richard Roe and Victor Voe, whom the Air Force attempted to discharge, and Sergeant Nick Harrison, a member of the D.C. Army National Guard who was denied a commission.

In the orders, District Court Judge Leonie Brinkema ordered the Air Force to rescind its prior decision to discharge Roe and Voe and ordered the Army to rescind its decision denying Harrison’s application to commission into the Judge Advocate General Corps. The order enjoins the DOD and the other defendants from separating, discharging, or denying the commission applications of asymptomatic HIV-positive service members with undetectable viral loads based on their purported ineligibility for worldwide deployment due to their HIV-positive status.

This decision follows a ruling in January 2020 by the U.S. Court of Appeals for the Fourth Circuit in Roe & Voe v. Austin (previously captioned Roe & Voe v. Esper), which upheld a preliminary injunction against the Air Force preventing the discharge of the two Airmen while their case was being litigated. Notably, the Fourth Circuit wrote that “any understanding of HIV that could justify this [deployment]ban is outmoded and at odds with current science.”

Yesterday’s opinion from the district court, which is final but under seal for a few weeks, echoed the reasoning of an amicus (friend-of-the-court) brief filed with the Fourth Circuit by former military leaders, including former Secretaries of the Army, Navy, and Air Force:

“The United States’ all-volunteer military depends on allowing every citizen who is fit to serve to do so. In our professional military judgment, any policy that discharges willing and able service members based on chronic, but well-managed, medical conditions should be based on the most up-to-date science and be justified by credible—not theoretical—risks.  . . .  It is our professional military judgment that there is no legitimate reason to deny HIV positive service members the opportunity to deploy.”

“After reviewing a record that included dozens of depositions, thousands of pages of documents, two Department of Defense reports to Congress, and expert testimony from four medical doctors and former military Secretaries, the court ruled that the Pentagon’s policies regarding service members with HIV are not only outdated, but unlawful, arbitrary and capricious, and unconstitutional,” said Scott Schoettes, Esq. “Recognizing that appropriately managed HIV is a chronic condition with little to no effect on a person’s overall health or daily activities and that merely being HIV-positive is no impediment to safely deploying and performing as a member of the U.S. military, the court has issued one of the strongest judicial rulings in over two decades for people living with HIV.”

“Until these lawsuits, the Department of Defense was the only entity in the U.S. that was still legally permitted to discriminate against people living with HIV despite the existence of the Americans with Disabilities Act and the Rehabilitation Act,” said Kara Ingelhart, Senior Attorney at Lambda Legal.  “This ruling knocks down the barrier preventing people living with HIV from commissioning and brings an end to the military’s on-going discrimination against the approximately 2,000 service members currently serving while living with HIV.”

In striking down the policy preventing the commissioning of Sergeant Harrison and overturning the discharge of the two airmen, this ruling affirms the district court’s prior holding in its opinion on the preliminary injunction in the Roe case [link]that the categorical bar to the deployment of service members with HIV is unlawful because it is at odds with current medical science and treats servicemembers living with HIV differently from others with chronic conditions that require medication during deployment. In its decision upholding this preliminary injunction, [month 2019], the Fourth Circuit noted that the risk of HIV transmission in a deployed setting is essentially non-existent, especially if well-controlled HIV and an undetectable viral load are prerequisites for deployment. The opinion of the Fourth Circuit was relied upon extensively by the district court in reaching the conclusion that the military’s bar to the deployment—and therefore commissioning—of service members with HIV is not only arbitrary and capricious but also unconstitutional.

“We are grateful for the opportunity to work with MMAA, Lambda Legal and others to overturn the military’s outdated and unconstitutional policies concerning people living with HIV,” said John Harding, Senior Associate at Winston & Strawn. Our pro bono efforts, in both the district court and the Fourth Circuit, have brought about a meaningful, and long overdue, change for service members living with HIV.”

The Case Against the U.S. Army

The case against the U.S. Army focused on Nick Harrison, a sergeant in the D.C. Army National Guard, who was denied the opportunity to serve as an officer and therefore a position in the Judge Advocate General (JAG) Corps, solely because he is living with HIV. Harrison has served in the military since 2000 and was diagnosed with HIV after his second tour of duty in the Middle East in 2012. He was denied a position for which he had been pre-selected because current Pentagon policy considers service members living with HIV non-deployable and will not allow them to enlist or to be appointed as officers. Lambda Legal, MMAA, and Winston & Strawn filed Harrison’s lawsuit against the Army and Department of Defense in May 2018.

“It’s profoundly emotional to know that all service members with HIV will now be able to serve and defend our country without discrimination,” said Nick Harrison, 43, a native of Oklahoma who was deployed to Afghanistan and Kuwait. “I’m incredibly pleased with the court’s decision, and it’s very reassuring to hear the court recognize that these policies are irrational and based on outdated stereotypes and stigma.”

The Case Against the U.S. Air Force

The case against the Air Force was filed in December 2018 by the same lawyers on behalf of two active-duty Airmen, identified pseudonymously as Roe and Voe, after the Air Force notified them they were going to be discharged because they could not deploy to the Central Command (CENTCOM) area of responsibility as a result of their recent HIV diagnoses.

“I am thrilled to hear that the judge has ruled in our favor, as it would remove barriers for people living with HIV like me in the military,” said Richard Roe. “When aspiring to join the military, I would have never thought this would happen to me; now, I feel like my service matters even more. I no longer have to live in fear of discrimination based on the simple fact I am living with HIV, especially since it is a treatable condition that poses no real risk to others,” added Roe, whose parents both served in the military.

“I joined this lawsuit because I feel an extreme sense of duty to my country and I wanted to make sure no one has to face this type of injustice, especially in the military,” said Victor Voe. “I would love for this decision to serve as an educational opportunity for millions of people out there to realize that appropriately treated HIV has almost no effect on life expectancy, that science and medicine have progressed to a point that we can live normally and can perform any job, including that of a service member who deploys into a combat zone,” added Voe.

Modern Military Association of America (MMAA) is an organizational plaintiff in Harrison and Roe & Voe to advance the interests of its members who are living with HIV and serving in the military.

“We are thrilled the court has ruled in our favor and agreed that the military’s outdated policies harming service members living with HIV must be changed,” said MMAA Executive Director Jennifer Dane. Peter Perkowski, formerly with MMAA and a lead attorney in these cases, added: “Thanks to modern science, there is no legitimate reason to continue denying service members living with HIV the ability to serve without restrictions. I am proud to have fought and won for these brave American patriots, and we urge the Department of Defense to immediately comply with the court’s decision.”

This case received an overwhelming support from several military experts, medical associations and HIV advocates who filed three amicus briefs opposing the deployment and discharge policies when the preliminary injunction was on appeal to the Fourth Circuit in 2019. The friend-of-the-court briefs included three former military leaders—former Secretary of the Navy Ray Mabus, former Secretary of the Army Eric Fanning and former Secretary of the Air Force Deborah Lee James—as well the HIV Medicine Association, the Infectious Disease Society of America (IDSA), AIDS United, and the American Public Health Association.

Lambda Legal, Scott Schoettes, Esq., Peter Perkowski, Esq., and Winston & Strawn also represent cadets prevented from joining the Navy and Air Force upon graduation from the respective service academies due to their HIV status in a third lawsuit, Deese and Doe v. Austin. The case is pending in the U.S. District Court for the District of Maryland where the court denied the DOD’s request that the lawsuit be dismissed and discovery is underway.