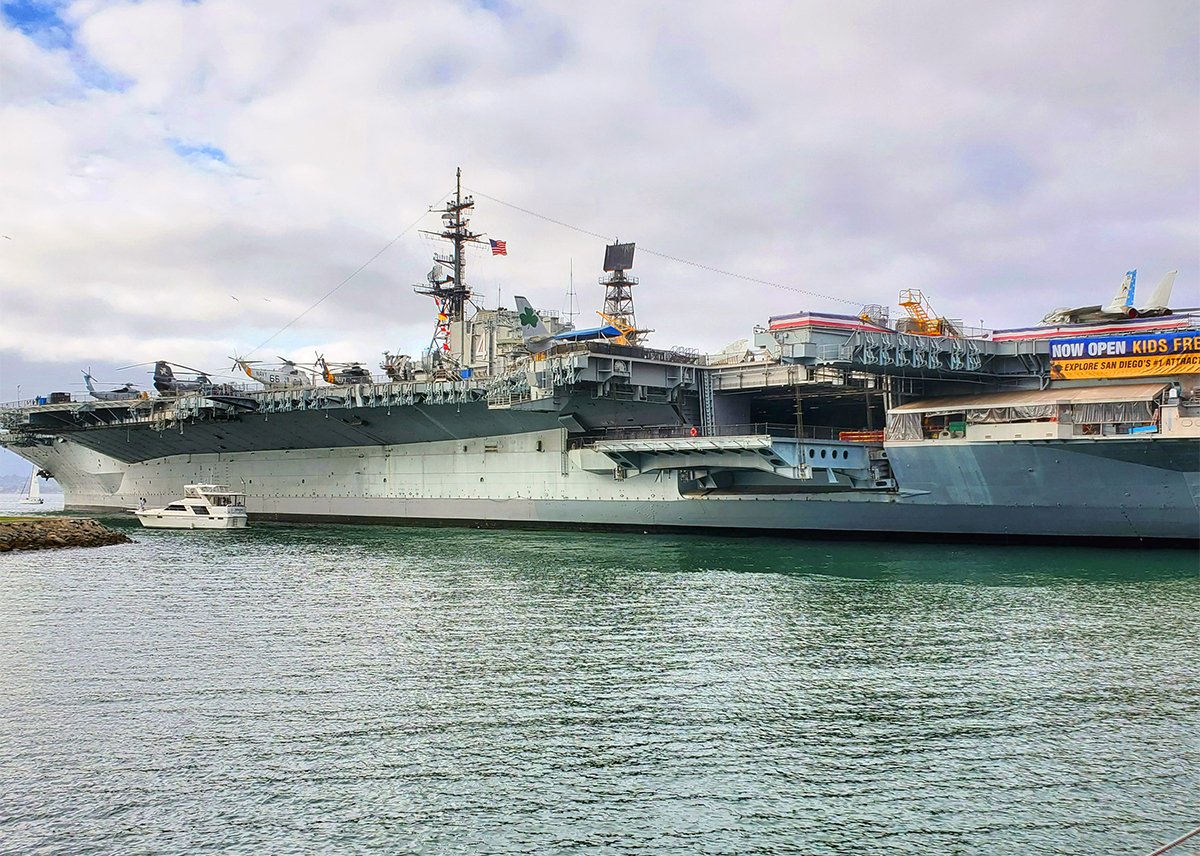 San Diego is much more open, and yet safer in every way, so if you’re looking to have fun, learn something new, and enjoy sophisticated beachside life with the best weather in the world, this is the place. And not surprisingly, it offers an enormous “LGBTQ+ Travel Guide” https://www.sandiego.org/plan/lgbtq.aspx.

You could spend weeks there and not begin to sample the possibilities, but here are some of the unique cultural experiences we indulged in during a two-day escape from L.A. We spent our first day entirely in 1,200-acre Balboa Park. At the north end is the world-class zoo and in the center are many museums.

(photo of gorilla)
San Diego Zoo https://zoo.sandiegozoo.org/
This may be the largest and best zoo in the world, hosting 3,500 rare and endangered animals representing 650 species and subspecies (living among 700,000 exotic plants). Plan to spend four hours and go early when the animals are most likely to be out (we only scheduled three and did not take enough breaks to keep from being very sore the next day).

As we walked from the entry towards Africa Rocks, we were greeted by four groups of very different critters: the most lively and curious herd of giraffes we had ever encountered; the weird images of flamingos sleeping, heads twisted backwards and standing on one leg; and male hamadryas baboons constantly fighting loudly over females (whose rears are bright red when ready to mate).

The Elephant Odyssey section was particularly interesting because you start with a tar pit in which mammoths and their saber-toothed predators were trapped long before humans arrived in the Americas (most conservatively 10,000 B.C., but evidence is increasing that it was much). By 8,000 B.C., they had been hunted to extinction. The modern elephants at the zoo are not only very well cared for, but have plenty to keep them stimulated (Jeffrey Masson’s When Elephants Weep documents just how intelligent and social they are).

Unlike at the L.A. Zoo, the other animals here were very active, including lions, cheetahs, monkeys, gorillas, rhinos, hippos, bears, pandas, fish in the enormous aquarium, and flocks of birds in vast walk-in cages, where they land on perches near visitors. There are audio tours and signs to educate kids of all ages about our fellow creatures.

Balboa Park’s Attractions
Check out https://www.balboapark.org/ for up-to-the-moment info on what is open and special offers. If you need further help, call or visit the Hospitality Center in the center 619/239-0512 When we were there the Natural History Museum, the Museum of Photographic Arts, the Fleet Science Center, the Air & Space Museum, Automotive Museum, and others were temporarily closed.
Spanish Village Art Center https://spanishvillageartcenter.com/studios-index/
This is a short walk south of the zoo, open 11 a.m.-4 p.m. (museums usually close at, so we went here next). It is a large, colorful patio of Spanish-style cottages with red tile roofs where 37 working studios feature 250 artists in every type of medium, from acrylic paintings and handmade greeting cards to 3-D images on silk and figures created from gourds. It’s well worth at least an hour of browsing and be sure to buy something for your home or as a gift to support artists, who are especially struggling now.
San Diego Museum of Art https://www.sdmart.org/
Having been to some of the nation’s best art museums in New York, Boston, Cleveland, D.C., and L.A., we had modest expectations for San Diego’s premier institution. But it is really impressive, starting with the Visible Vault exhibition near the entry of masterpieces that most visitors would be unlikely to see for many years, if ever, for a variety of reasons (such as their fragility). These included an ancient African axe, Iranian mosaic tiles, and handmade snuff boxes. The main galleries feature a wide range of paintings, sculpture, and other works from American and around the world across the ages and we especially loved the Renaissance masters. There is a special area devoted to the evolution of printmaking. But the most outstanding section was from Asia, including small ivory figures carved in incredible detail in Japan over a century ago, bronze Tibetan gods, and ancient Chinese ceramics. Expect to give this collection at least 1 1/2 hours.
Museum of Us https://www.museumofus.org
Formerly known as the Museum of Man, this cultural anthropology is for the whole family, with sections for kids on monsters and the meaning of the differences between races, as well as kid-friendly explanations for some of the others. The exhibits for adults are both informative and entertaining, including the innovative food-raising techniques of native Californians, beer-making across the ages, Mayan history and culture (the museum has a cast of the tallest stela ever carved) and cannibalism (in the movies, among the Donner Party crossing the Sierras, and the practices of headhunters in New Guinea). An hour for adults or 90 min.

(photo of Midway carrier)
Day two was spent in a half-mile section on the seashore near downtown at attractions about ships, from vessels when the Royal Navy controlled the oceans in the 18th-19th centuries to a U.S. aircraft carrier:
Maritime Museum of San Diego https://www.sdmaritime.org
A unique opportunity to explore six historic ships, we weren’t sure we had enough interest to stay long, but became fascinated by their histories. The first we boarded was the Star of India, launched in 1863 as an emigrant and commercial vessel. It is the oldest still-active sailing ship and has completed 21 trips around the world (the work involved in manipulating sails is amazing). A replica has been made of the San Salvador, the galleon Juan Cabrillo captained when he became the first European to sail up the California coast in 1542. There is also a replica of the HMS Surprise, an 18th century frigate or gunship which was the star of the movie “Master and Commander.” How sailors tolerated living conditions on any of these ships is astonishing. The museum is in an 1898 steamship with stained glass windows where events are still held. The two submarines, one Soviet and one American, have been closed since COVID, but you can walk across them. We thoroughly enjoyed the cruise of the enormous harbor, with commentary on the U.S. SEALs training center, the three enormous Nimitz-class carriers parked nearby, and the stunningly-designed buildings along the coast. Plan to spend an hour walking through the museum and ships and 45 min. for the cruise.
USS Midway Museum https://www.midway.org
We capped our visit by going onboard the late-World War II super-carrier Midway, named after the turning-point battle with Japan. Americans know the general outline of the war with Germany from movies, but little about what happened in the much more brutal War in the Pacific (other than it ended with atomic bombs). This carrier had crew of 4,500 when it had a full flight deck and was retired in 1992. It now provides a unique opportunity to watch films about the Battle of Midway, get an up-close look at a wide variety of naval aircraft, talk with veterans, and take tours of every aspect of ship. You should plan to spend at least couple of hours here and you will leave inspired by the sacrifices that deserve more than a standard “thank you for your service.”

For other ideas about other things that are open in San Diego, check out the city guide: https://visitsandiego.com/directory/attractions-activities.