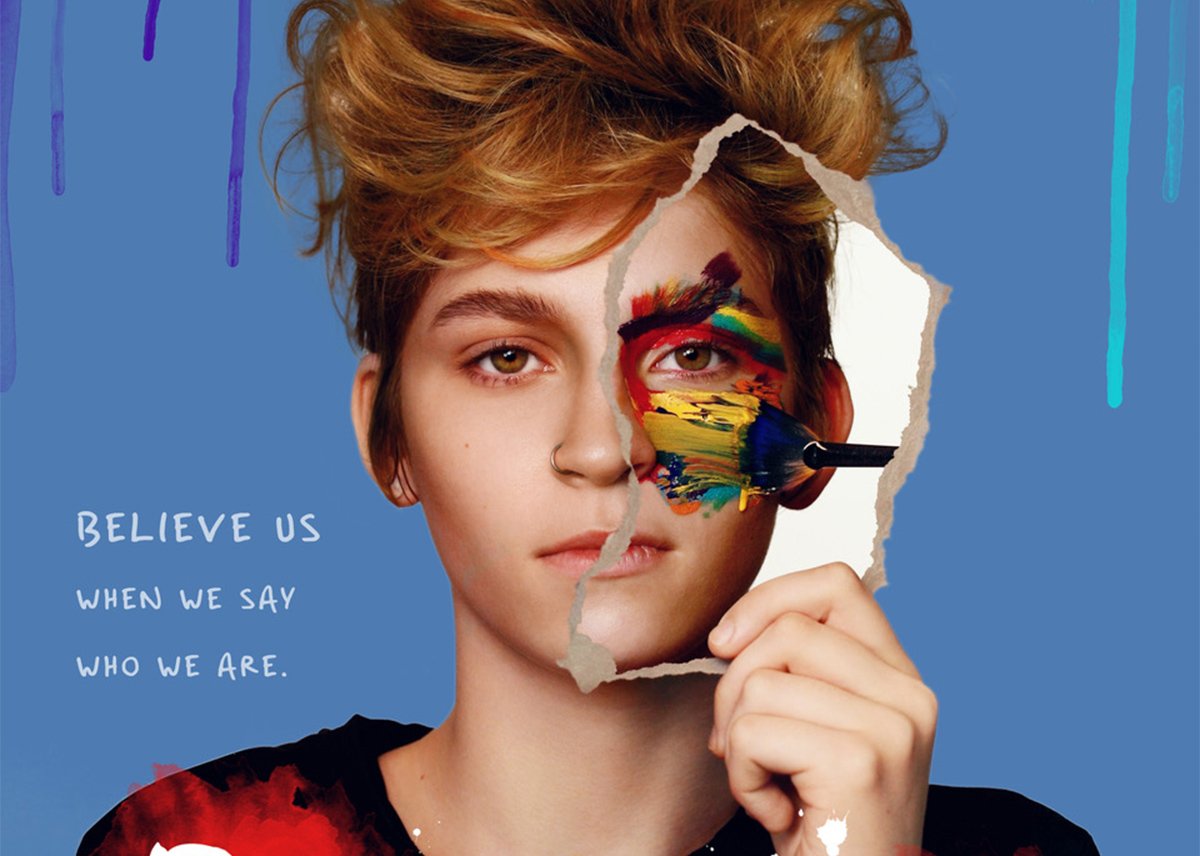 DRAW WITH ME: JLO’s Non-Binary Nephew in Award-winning Short Documentary

I never thought of JLO as a gay icon or someone who stood up for LGBTQ rights. Then again, I don’t follow her on Twitter. To her credit, she’s the classic talented triple threat: singer, dancer, actress – an entertainer to be reckoned with, and clearly has the Hollywood “It” factor that has endured decades. Still, when it comes to rainbow flag waving, she’s no Lady Gaga or even Cher. But she does acknowledge her Latina heritage, and her humble Puerto Rico Bronx upbringing (Say what you want about Lopez, she gets her political licks in from time to time – case in point, breaking out in Spanish at Biden’s inauguration – a clear slap in the face to Trump and his White Supremacist followers).

Regarding her family, she has been very open and supportive of her nephew, Brendon Scholl, who identifies as trans non-binary. It’s clear when she opens up Brendon’s documentary, Draw with Me, that she’s on the verge of tears, and I don’t think they’re crocodile tears, as she speaks candidly about her nephew’s inspirational journey.

Let’s just cut to the chase. The crux of the story is the family’s intellectual and emotional shift around Brendon’s transition who’s in high school when the story begins. Like many trans coming out to their families there is always a moment of denial, pushback, fear, anger, frustration/shame and finally acceptance. Brendon’s family is no different. Think back to Cher’s reaction to Chasity’s transition, the iconic diva was hardly excited for her son. Same with Caitlyn Jenner’s transition, it was a process all played out on reality TV.

At first, Brendon’s mother has a difficult time with the pronouns, They, Them, Theirs. People kept thinking she was discussing both her sons, instead of just Brendon when she spoke of “Them.” However, the hardest person to win over is JLOs mother, Guadalupe Rodriquez. Brendon explains that grandmother Lopez offered Brendon $10,000 if they go back to being a girl. “It doesn’t work that way,” Brendon replies.

Although JLO, is not in the film, her sister, Lynda, who is a journalist, is the one who tactfully interviews Brendon throughout the documentary, asking questions about her nephew’s life. It takes a suicide attempt by Brendon for the family to wake up and take Brendon seriously about the name and identity change. Suicide is the second leading cause of death among young people, and gay, lesbian, and bisexual youth are four times more likely to attempt suicide than straight kids. Nearly, half of all trans people have made a suicide attempt, many by the age of 25.

“I knew that telling this story came with a lot of responsibility,” says gay director and producer, Constantine Venetopoulos. “What I truly believe drew me to the story was Brendon’s confidence in knowing who they were at such a young age, and being ready to use their experience as a tool for other youth who were struggling with their identity and coming out. I thought ‘I wish I had someone like Brendon to talk to when I was struggling in the closet as a kid,’

Draw With Me was created in partnership with The Trevor Project (the leading suicide prevention line for LGBTQ+ Youth) and powered by the Onassis Foundation. The film has been presented at Tribeca Film Festival with the support of GLAAD, having been the subject of the first-ever panel at the United Nations on Transgender Health, and having screened at numerous high schools in conjunction with the New York Department of Education. The documentary has also been used as a tool of diversity education by organizations such as Esteé Lauder and JP Morgan. This 24-minute documentary also has been submitted as an official Oscar entry from Ithaka Films and the Onassis Foundation.

A personal highlight for director Venetopoulos was when Draw With Me screened at his school in Greece with an audience of teachers, parents, and his own family. “There were many feelings in the room. One thing that stood out was when my older brother asked one of the counselors ‘What should a parent advise their child if they come out to them as gay or trans?’ The reply of the counselor has stuck with me: ‘It’s not about what you should tell them, it’s about just listening to them.’ ”

National Coming Out Day, October 11 2020, marked a milestone for the film when President Elect Joe Biden supported the LGBTQ+ movement in an award show that screened the film and honored Brendon with the gay streaming platform, Revry’s Visibility Award presented by Brendon’s aunt, Jennifer Lopez. The singer, actress sums up the documentary; “It’s about accepting change and challenges with love, and when we do, and knowing that when we do, everything is possible.”