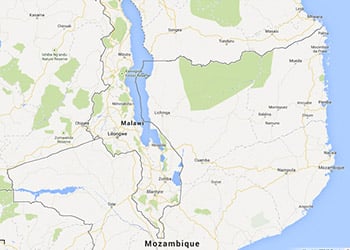 I recently spent two weeks in Malawi at the Malamulo hospital, filling in for a physician who was on vacation. Practicing medicine there is very different than practicing here. Some of you who were born in another country may find these observations familiar.

Over 80% of the admissions to the hospital were patients with HIV. This is the poorest country in Africa so the lives of the people contain many hassles compared with ours here. Many go barefoot and walk for miles to shop or get services. Electricity is not available in parts. When we discharge a patient, they must be able to get home. I saw some men walking/wheeling home an elderly lady perched on a bicycle.

They sterilize surgical instruments in a steamer, fueled with chopped wood. The Clinical Officers (like Physicians’ Assistants) perform tubal ligation (female sterilization) and male circumcisions to cut down HIV transmission with only local anesthesia.

The Clinical Officer student class told me that Abstinence is pretty non-existent, Be faithful is not very common, and Condoms are sometimes used but the farther from a city, the less available the condoms are. So much for the ABCs.

There was a 13 year old boy who looked like a very thin 8 year old. His dad died of HIV and his mom married another man who doesn’t like this boy since he is from the other dad. So when the mom lives with her husband, the son must live with his grandmother who doesn’t make sure he takes the HIV medicine properly. Well he didn’t, and he came in with a pneumonia that we couldn’t fix. It was a hard week treating him for many things but watching him worsen each day and then finally die.

Anyone with HIV is treated with Bactrim™ ½ strength pill twice daily for life, no matter if your CD4 rises high.

We do malaria and HIV tests on all hospital admissions unless we know they have it already since these are so common in Malawi.

There is no CT or MRI scanner and limited labs and medications so we treat based on our exams and the information the patient gives us. For suspected parasites, they are given medications without proof from a lab test.

They use a generic Atripla™-like medication for most HIV patients now as first line, even if pregnant since the risk of causing birth defects is low and the benefit of this medication is great. It also treats and prevents Hepatitis B which is more common in Malawi. Zerit™ is used much less now so there is less lipodystrophy (fat loss or gain).

We took care of an HIV+ man who died of complications of drinking the local beer. The local beer is made by putting corn cobs in a bucket and letting it ferment for a week or so, then cooking it in a Still, cooling the tubing to convert the alcohol vapor to liquid and bottling it. There may be much contamination of this product and it is more powerful than beer.

I went to church in the outpatient waiting room and a barn owl (4 foot wingspan?—whoosh…. whoosh) was flying around the high ceiling, fighting some crows outside on the metal roof and coming in through the window to rest between battles. The crows’ feathers look like they are wearing a white vest.

The night was filled with sounds of birds, cows, goats, probably a baboon, and frequent choruses of howling dogs. I’ve never heard so many howling dogs. The bees that came in from the fireplace and the geckos on the wall really weren’t a bother at all. The electricity was off some days but the hospital had a backup generator which didn’t cover our dorm.

The cell phone dongle for web access was extremely slow or zero. I am not complaining; I went there to help the effort by helping the patients and other providers while the chief physician was gone on vacation and that goal was achieved. I learned much in the process and was more helpful this year than last year since I knew the people and the system better.